Yet another body part to make you unhappy

The other day I was speaking to a friend of mine who was slightly dismayed. She had just visited a cosmetics counter to replace her worn-out favourite colour of blush, and the salesman had tried to talk her into another product: a cream to reduce lip lines, the wrinkles that allegedly form around your mouth. 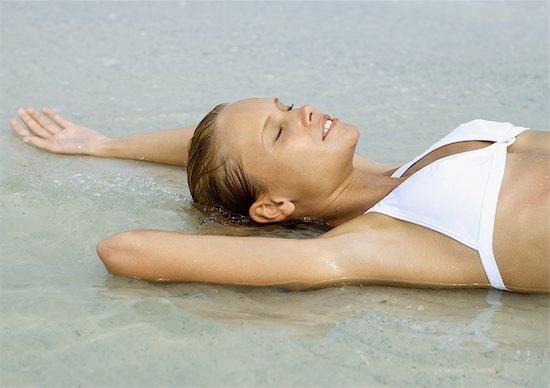 The other day I was speaking to a friend of mine who was slightly dismayed. She had just visited a cosmetics counter to replace her worn-out favourite colour of blush, and the salesman had tried to talk her into another product: a cream to reduce lip lines, the wrinkles that allegedly form around your mouth. My friend, in her mid-thirties and increasingly well acquainted with anti-aging products of all stripes, was incredulous. Lip lines were something she didn’t even know she was supposed to worry about.

Along the same lines, Ellen Byron recently wrote in the Wall Street Journal (Unilever Tackles the Ugly Underarm) about how the consumer products industry is now betting big money on the armpit beautification market. Unilever is selling a new deodorant to women, and it not only offers to leave them fresh smelling but also make their armpits prettier. Apparently, in a world where even thirteen-year-old girls get their legs waxed and “vajazzling” qualifies as a trend story, there are still previously unconsidered body parts to size up and agonize over.

Writes Byron: “Dove Ultimate Go Sleeveless, which hits U.S. stores this week, claims its formula of specialized moisturizers will give women better-looking underarms in five days. It was inspired by Unilever PLC research that found 93% of women consider their armpits unattractive…’We spoke with over 500 women, and almost every one of them thinks that their underarms are unattractive,’ says Mike Dwyer, U.S. marketing director for Unilever’s deodorant business, including its Dove, Degree and Axe brands. One in three, meanwhile, said they feel more confident when their pits are in good condition, leading Mr. Dwyer to say, ‘How do we give them that confidence?”‘

Don’t you hate that? When you have a big date or important job interview, but your pits are the pits? Or do you, like me, only pay any real attention to your armpits when you’ve been dancing at a wedding for six hours and you suddenly realize the limitations of your all-natural deodorant? As for “prettier,” “more confident” armpits, I can’t even hazard a guess as to what that would look like — but I’m sure the beauty industry will tell us soon enough. Women already allow bad hair days, breakouts, stubbly legs and eye bags to ruin otherwise perfectly good days. Are you going to add armpit troubles to that list or is it finally time to draw some lines? (Even if those lines are around your aging lips.)