Would you help a loved one end their life?

A big part of being in a mutually happy relationship involves respecting the desires of another person. But what happens when the person you love gets sick and wants help ending their life? 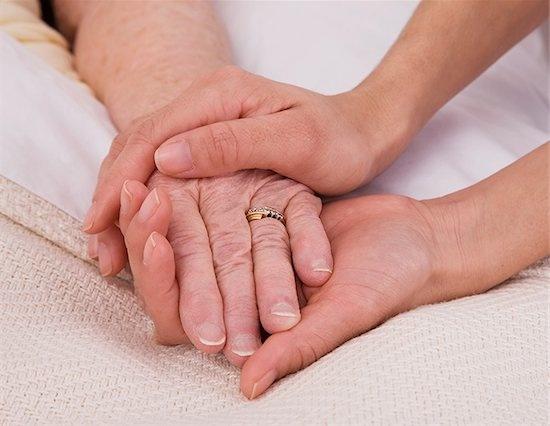 A big part of being in a mutually happy relationship involves respecting the desires of another person. But what happens when the person you love gets sick and wants help ending their life? Zoe FitzGerald Carter, author of Imperfect Endings: A Daughter’s Story of Love, Loss and Letting Go, answers questions about the dilemma of honouring her mother’s wish to die, and how she made peace with their decisions.

Q: Were you surprised when your mother asked you to help end her life?

A: Yes! Although I was aware that my mother had some longstanding health issues, I was shocked when she first began talking about ending her life. Even though I’d always believed suicide was a valid choice for anyone suffering or in pain, I did not want my mother to die this way. For months, the two of us had long, difficult conversations about it. I was often angry and upset. The fact is, I loved my mother and didn’t want to lose her.

I was concerned about the legal issues of being there when she killed herself. There are only three states in the U.S. where assisted suicide is legal and she did not live in any of them. I also believed that her life still held pleasure and meaning and couldn’t understand why she’d be willing to depart this earth any sooner than necessary. She still lived in her own home, had excellent care, and good friends. Not to mention three daughters who wanted her around!

But the fact is, she’d been struggling with Parkinson’s disease for over twenty years and it was getting difficult for her to do many of the things she loved. She’d always been very active and independent so this was terribly demoralizing. But I think the main reason she began considering suicide was that she feared what lay ahead. She’d been in a support group for people with Parkinson’s and had seen how really tough it can get at the end. She was a very proud and dignified woman and hated the idea that she was going to lose control over her body — and perhaps her mind as well.

It was around this time that she joined the Hemlock Society, a national right-to-die organization, and began actively researching methods of suicide. These included taking an overdose of drugs, stopping eating and drinking, and inhaling helium. Although she wasn’t sure exactly how or when she was going to do it, she was clear that she wanted my two older sisters to be there with her.

Q: What kind of relationship did you have with your mother?

A: We were very close. Of her three daughters, I resembled her the most in terms of interests and outlook. Like her, I am a writer and we shared that intense interest in words and language. She spent much of her life working on an autobiographical novel called The Sky’s The Limit, and for almost two years after my father’s death, I helped her edit the book. She would come up to New York from her home in Washington D.C. and stay with me every few weeks and we would work together. These are some of my happiest memories of her. The two of us would lie on my couch, swapping pages back and forth and talking. Because the book was essentially her life story, it gave me this incredible window into her life. She also had a lovely way of interacting with my two daughters, who were young at the time, and they both adored her.

That said, she was an incredibly stubborn, independent-minded person and we did occasionally butt heads. She utterly lacked in anything approaching sentimentality and never understood why I was so upset that she wanted to “end things.” She used to call me up when I was cooking or playing with my kids and and very casually ask me if some date or another would be “convenient” for me to come to her house so she could kill herself. I never got used to that!

Q: Can you explain some of the inner conflict you had when it came to honouring your mother’s wishes?

A: As I said, I didn’t want my mother to die and was worried about the legal risks. But I also felt that what she was asking me to do placed an enormous emotional and psychic burden on me. When we talk about the “right to die,” we always talk about it from the dying person’s perspective. But as the daughter of a woman who actually made that choice, I feel it’s important to talk about the effects that such a choice has on close family and friends. Helping someone to die may be the compassionate — and even the moral — thing to do in many cases, but I don’t think it’s ever easy. In my case, I really struggled over what it mean to be a “good daughter.” Help my mother do it or talk her out of it?

Q: Did you feel a sense of responsibility to provide your mother with some closing happiness?

A: Yes! I felt hugely responsible for helping her achieve the “death with dignity” that she wanted. This meant, first and foremost, accepting and supporting her decision. It also meant being there when she did it. And I wasn’t sure I could do either of these things. Interestingly, I remember buying her a copy of The Art of Happiness, by the Dalai Lama, in the airport on one my last trips home to see her. I did it because I was still hoping to talk her into making the best of her illness and just let nature take its course. But as soon as I gave it to her I realized how absurd it was. I was asking her to stay alive — and even be happy — because that was what I wanted from her. It was a real turning point and the beginning of my coming to a place of acceptance with her choice.

Q: How did you ultimately make peace with the decision?

A: As I said, I realized that it wasn’t all about me. I’d been focusing on what I was going to lose and the risks I was running and had stopped thinking about her needs. I think that, as women, we tend to be very enmeshed with our mothers and so it was hard for me to accept that it was her body and her choice, not mine. She had the right to make this very personal and profound decision and it was arrogant for me to expect her to “tough it out” because I wanted her there.

Suddenly everything became very clear. I realized that she’d been waiting for me to give her “permission” to end her life and so — at long last — I did. I let her know that I would be there whenever she was ready to go and would stay as long as it took. As soon as I did that, she moved forward with her plans. After a year of talking about it, setting and changing dates and plans, she finally began her final journey. In the end, she died surrounded by her daughters and grandchildren and it was a beautiful, peaceful death.

Q: How do you feel about the decision now?

A: I feel proud that I helped her end her life on her own terms. Although it was enormously difficult — and I don’t want to gloss over that part — I am grateful to have been there with her. My mother was surprisingly cheerful during the last days of her life and there was a great deal of tenderness and even joy between us. I think she was relieved that death was finally happening and happy and grateful that we were there with her.