Would you be happier living alone?

Eric Klinenberg, an NYU sociologist, is the author of Going Solo: The Extraordinary Rise and Surprising Appeal of Living Alone. Here, he explains why women are better at living alone than men, the social pressures to shack up, and why everyone should live alone at some point in their lives. 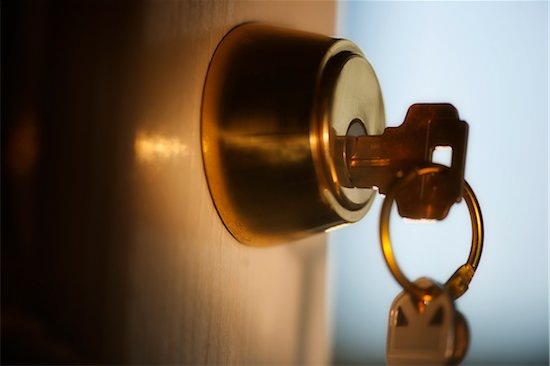 Eric Klinenberg, an NYU sociologist, is the author of Going Solo: The Extraordinary Rise and Surprising Appeal of Living Alone. Here, he explains why women are better at living alone than men, the social pressures to shack up, and why everyone should live alone at some point in their lives.

Q: Why are so many more women now living alone?
A: There’s a few ways to answer that. Most importantly, women live alone today because they can afford to. In the past half-century, women’s incredible rise in the paid labour market has given them unprecedented capacity to live without a spouse or partner. They can delay marriage until they find the person they’re really looking for, and modern divorce laws allow them to get out of a bad marriage rather than remain isolated and lonely inside of it. For younger women, living alone provides flexibility to explore things (from the world to themselves) and to develop their careers. This is obviously appealing, because in recent decades young adults under the age of 35 have been the fastest-growing solo demographic.

Another way to answer is to explain why more women than men live alone.  And here the main reason is that women tend to live longer, which is obviously an advantage, but also one that makes them far more likely to age alone. Surprisingly, under age 45 men are more likely to go solo. I know it doesn’t feel that way to young single women in big cities, but it’s true.

Q: Are women really better than men at living alone? Why?
A: Women typically are better than men at making and maintaining friendships, and at keeping in touch with family members. In most contemporary big cities, there are booming subcultures of single women who provide each other with good company and support. So women are less likely than men to get socially isolated – especially after a separation or divorce.

Q: Are we happier living alone than living with someone else?
A: I wouldn’t say that. Happiness surveys, which are not necessarily reliable, often show that currently married people are a bit happier than people who live alone. Married people are generally most happy immediately after their wedding, but over time their happiness levels go back to about what they were when they were single. When you scrutinize the studies, however, the story gets more complicated. First, unmarried people who live alone are relatively happy, and generally appear among the better off of the groups surveyed. Second, people who’ve recently gotten divorced or become widows are less happy than most others. That suggests a rather obvious finding: People in happy marriages are relatively happy; people in unhappy marriages are not.

Q: Women often appear more vulnerable than men to social messaging about the necessity of being in a relationship; shouldn’t this make women feel more miserable when living alone?
A: Not all women are more vulnerable. But women in their mid-30s and early 40s are, because they’re often dealing with pressure from their friends and families as well as the biological clock. Let’s be clear: there’s a real gender inequality around going solo for young adults. Nearly every woman I interviewed expressed concern about whether living alone would make it hard to have biological children, and reported that their close friends and relatives worried about them, too. Hardly any men experienced this. Things change when women advance out of childbearing years. Then, most women who live alone get more comfortable with their situation, and the benefit of having so much company from other women kicks in.

Q: There was a recent story in the New York Times about how, following a divorce, men are often eager to re-couple while women are happier to spend some time alone. What do you make of that?
A: It was a good story, but the truth is that these days both men and women are unlikely to remarry if they divorce after 40. In the book I report on a survey of divorcees between the ages of 40 and 69, conducted in the United States by the American Association of Retired People. They found that only 1/3 of those surveyed had remarried – a staggeringly low number. Men are more likely to remarry. They are also more likely to report being sexually active. Yet they aren’t more likely to be happy and they’re more at risk of isolation.

Q: Do you think it’s helpful or healthy for everyone to live alone at some point, or is this a step that most of us should skip, if possible?
A: I do think living alone is a valuable experience, and it’s especially important for contemporary young people, who spend so much of their time immersed in social media and could use some time for solitude and reflection. I lived alone for a time during my twenties, and it was an incredible experience. I was quite social, as most young solos are; I definitely went out at night much more than I do now that I’m married with two young children. But I also had the time and space to think about who I was becoming and what kind of work I wanted to do. I wrote a lot, read a lot, and learned a lot. I’d say living alone is how I became an adult.