Would you ask a man out on a date? You definitely should

My relationship predates the Internet, so I’m not sure how good my dating advice might be 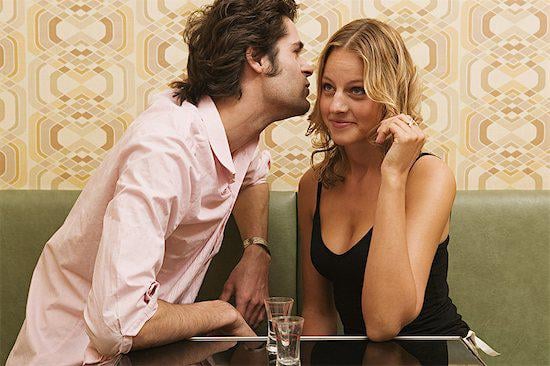 My relationship predates the Internet, so I’m not sure how good my dating advice might be. Still, after reading a couple of articles about what single women have to face, I thought I’d weigh in on the idea that it’s the man’s job to ask the woman out.

The first clueless group basically thinks: This woman totally digs me. I’m going to ask her out. Turns out, however, she likely doesn’t dig him. Crash and burn.

Conversely, the second clueless group thinks: I don’t think this woman digs me. I better not ask her out for fear of rejection. In this case, she quite possibly did like him. Ergo, no crashing into mattresses with burning desire.

How have we survived this long as a species? We’re managing somehow. The study shows that the first group just keeps crashing and burning until they finally get it right and find someone who actually does dig them. As for the second group, women need to accept that some of us guys are thick-witted when it comes to your signals. It also seems, according to the above-mentioned study, that the ones who are thinking all those women dig them are the non-committal types. By default, the ones less likely to ask you out could be better relationship material.

Twenty-two years ago, after spending an entire evening talking to me at a frosh cabaret at university, my wife did something a little drastic to finally drag a dinner invitation out of me. My wife did what the study’s authors recommend for a woman looking to prompt an invitation to a date: “Be as communicative and clear as possible.” (Sorry, but I’m keeping exactly what she did private.)

Suffice to say it was finally made clear to my clueless second-group brain that yes, if I asked her out she would probably say “yes.” So I did, and am I ever glad.

But there are other options, such as listed in this new article from Psychology Today. The author seems to have good advice on asking a guy out on a date. At least, this married guy thinks it’s good advice.

So what if you don’t want to ask a man out but he just isn’t getting the hint? Well, you could split the difference and say something like: “You know, if you were to ask me out there is a good chance I wouldn’t reject you.”

It’s worth a shot.