Why you should be all talk

“Astrid is a hard worker but talks too much in class.” It was written admonishments like this one that haunted many of my report cards over the years, from kindergarten until high school. 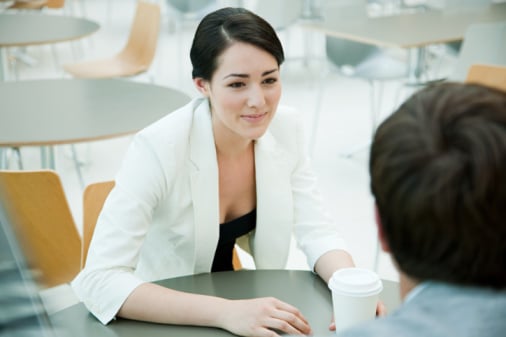 “Astrid is a hard worker but talks too much in class.”

It was written admonishments like this one that haunted many of my report cards over the years, from kindergarten until high school. I couldn’t help it—I was the chatterer, twisting around in my seat to gossip, or leaning over the aisle to tease a friend.  I still am one (a chatterer that is, not a tease) and according to one of my favourite authors, Malcolm Gladwell, my talking serves me well.  So well that I  might even be a “ Connector”—a.k.a. the kind of person who knows lots of people, is social and, well, connects them to others. And research shows that having social connections can make you a happier, more emotionally satisfied person. So talk has been my personal social currency, whether it’s in a conversation with the make up counter girl at Shopper’s Drug Mart about the benefits of Benefit or an intense phone chat at the end of the day with my sister. Incidentally, talk has also been my financial currency since much of my job relies on the strength of my conversations.

So I’m feeling a bit validated today, a little proud that I’ve developed such decent conversational skills over the years in light of a recent study from the Institute for Social Research at the University of Michigan. The study, which will appear in the Social Psychological and Personality Science journal discovered that our brains get a healthy boost through simple every day conversations. These shorter, get-to-know-you-type chats it seems help improve our thinking skills such as memory retention and avoid distractions. Although note to Mean Girls out there—the study, which followed 192 undergraduate students,  also showed the chats that edged on competitive in tone held no mental boosts.

But why do such conversations help, say, before a big test or that critical sales pitch? The mental stimulation  comes from people trying to assess others in the conversation and determine their perspective on things, reports say. So all that chatting of mine has not only made me more of a Social Sally, but as it turns out, it might have given me a mental leg up as well.

So in the end, it seems talk is not so cheap now is it?