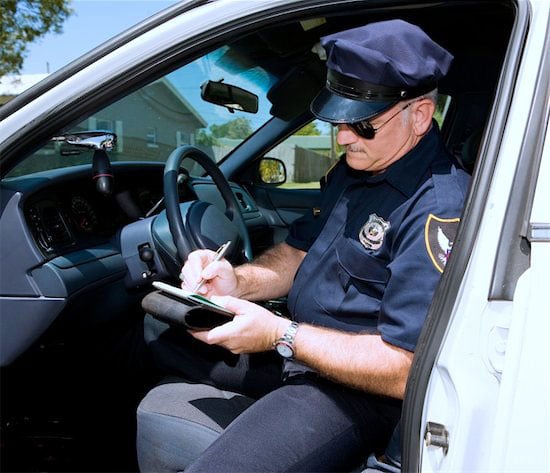 It was a comment that would haunt Ward Clapham. Then, Clapham — a young member of the Royal Canadian Mounted Police in Northern Alberta — was speaking to a group of school children. He asked them innocently enough, “What do you think police do?”

The answer? One student called him a hunter.

Taken aback, Clapham explained that he could never hunt or hurt an innocent animal. “No, you hunt people. You put our mommies and daddies away in jail. We only see you when you’re catching people,” the child said. It was a comment that stunned Clapham, but also galvanized him to eventually launch Positive Tickets.

The program, which began in 2001, continues to be grow in regions across Canada — most recently Scarborough, Ontario in April. The program is exactly as it sounds: police who see young people doing good deeds award them with a “positive ticket”, good for anything from ice cream to free swimming at the local pool.

Clapham, now a 28-year veteran of the RCMP, is more than familiar with those effects and estimates that today, there are some half a million tickets that have been distributed throughout the 20 countries participating in the program. And while the program is part public relations (to improve the image of police as people who notice as many good deeds as they do bad), it’s mission was also simplistic — to reward acts of kindness with kindness.

“One of the best examples I have is a young boy was walking down the street and he saw a boy ahead of him. The boy ahead of him walked out off the sidewalk and into the traffic. This kid pulled the boy back before he got hit by a car,” says Clapham. “There was a police car nearby who saw this, put on his lights and marched up to this kid on the road. The kid thought for sure the cop thought he pushed the kid onto the road and started defending himself — and the cop commended him and gave him a positive ticket.

“For me, that’s one of the ultimate definitions of happiness — to see the smiles from people who get these tickets,” Clapham continues. “Because good deeds can be anywhere and doing anything.”

FILED UNDER: pay it forward police