Why this amazing 100-year-old marathoner is probably in better shape than you!

He's definitely in better shape than me! Fauja "The Turbaned Tornado" Singh, an Indian-born Briton, has been running — and breaking records — since he dedicated himself to the sport almost twenty years ago. 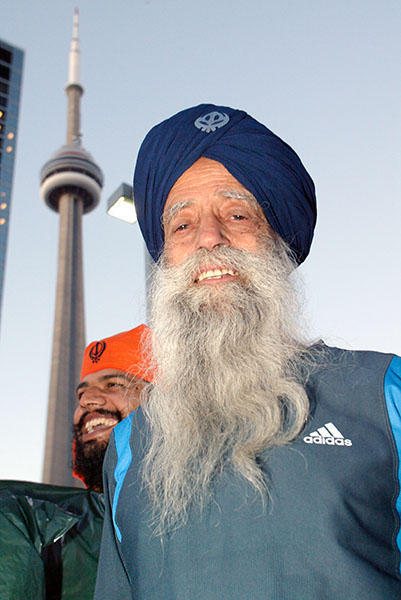 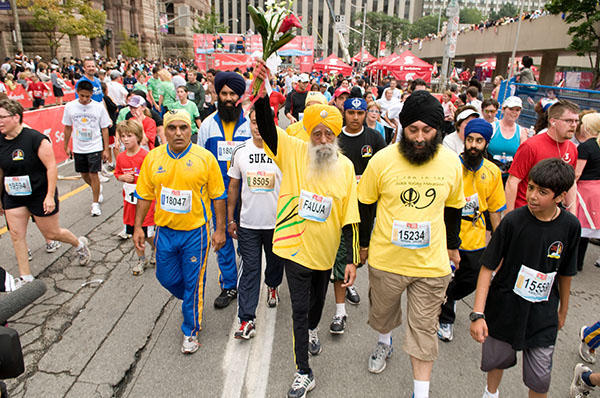 He’s definitely in better shape than me! Fauja “The Turbaned Tornado” Singh, an Indian-born Briton, has been running — and breaking records — since he dedicated himself to the sport almost twenty years ago.

After the death of his wife and son, Singh needed to focus on something positive so he turned his attention to running. He competed in his first marathon at age 89, an astounding 20km — not just impressive for that age because at 30 years old, I can barely run 5km. Since then, Singh has broken records, gained notoriety and provided inspiration to many. He’s been featured in Adidas’ Impossible is Nothing campaign, alongside Muhhamad Ali and David Beckham. And this past April, Queen Elizabeth II sent him a telegram congratulating him on his 100th birthday.

This Saturday, Oct 16, Singh will be aspiring to break the Guiness World Record for oldest marathoner, in the Scotiabank Toronto Waterfront Marathon. His fellow centenarians and fans worldwide will be cheering him on. In an article featured on the Scotiabank Toronto Waterfront Marathon website, he said, “Running is free and I can do it at a pace to suit me. The fact that others benefit from something I like to do, be it through raising of sponsorship for charities or simply motivating people to become healthier, is a motivator for me.”

Now for those readers who are having a hard time putting on those runners every day, I sympathize. I started running earlier this year, then took a summer hiatus, and now am grudgingly trying to start again. As fitness expert James Fell points out, for some people exercise is something you have to make yourself do and hopefully, grow to like. I definitely fit into that category, and I’m waiting for the “like” part.

And as the leaves start to turn and the morning sky grows darker each day, it’s easy to find excuses not to workout. Except there’s this: Singh covers 13 to 15 km every day, alternating walking and running, in preparation for his marathons. That’s 13 to 15 km every day. And he’s 100 years old.

So these days, my motivator is a centenarian who is more fit than me.