Why splurging on an expensive pillow is worth it

At 43, I’m officially too old for roller coasters. We went to Disneyworld last fall and the kids made me go on every aneurysm-causing death-coaster in town. Many of the rides were sorely lacking in head support and I came home with an awfully sore neck. I should have sued. 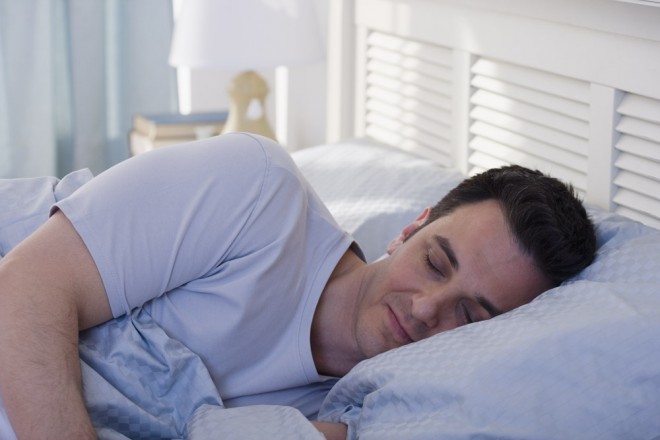 At 43, I’m officially too old for roller coasters. We went to Disneyworld last fall and the kids made me go on every aneurysm-causing death-coaster in town. Many of the rides were sorely lacking in head support and I came home with an awfully sore neck. I should have sued.

For more than a month I suffered from neck pain and sleeping made it worse. I’d wake up with a headache each day feeling tired and basically miserable. It comes as no surprise to me that sleep deprivation is a favourite technique practised by torturers and interrogators.

You’ve likely heard the research on lack of sleep. Not only does it slow down your metabolism, but it saps your energy reserves. You have less energy to workout and your resistance to steer from highly palatable junk food is diminished; making wise eating choices takes mental discipline, and your ability to do so is compromised when you’re tired. The headaches don’t help much either.

I was getting into this painful routine with my neck each night. My pillow was an old, $20 piece of crap and it was making the situation worse. So one day after leaving the Brentwood Starbucks in Calgary, I walked next door into Sleep Country to finally get an upgrade.

I should explain that I’m cheap. I don’t like spending money if I don’t have to. But I had reached the breaking point and had to for the sake of my health. I told the attentive salesman my tale of woe. I also told him I don’t like foam pillows. I roll around a fair bit and they take too long to bounce back from the movement. He grabbed me a Talalay latex pillow and I tried it out.

I wanted to marry that pillow within a few seconds of trying it. I didn’t even ask how much it cost before saying, “I’ll take it.” By the way, it was $120. That’s a helluva lot for a pillow, if you ask me.

My wife is also kind of cheap, which is one reason of many why we get along so well, and she balked momentarily when I told her the price, but immediately understood when I told her I had to have it. It’s the same feeling that women get when shopping for shoes. I understand. It’s the whole “love at first sight” thing.

A couple of things about this pillow: It needed to be aired out for a couple of hours because it’s latex, so it smelled like a condom factory. Second, it took a bit of getting used to. It’s fairly thick and has a lot of spring to it, and unlike the foam ones, it responded to my head position instantly – which felt like sleeping on a trampoline at first.

But it did the job. My neck was fixed within a week. No more headaches and no more restless nights. It was $120 plus GST well spent. And now that I’ve written about it, it’s a tax deduction.