Why skipping meals is bad for your health

Rushing out the door in the mornings, it can be hard to find the time for a decent breakfast, let alone a cup of coffee. 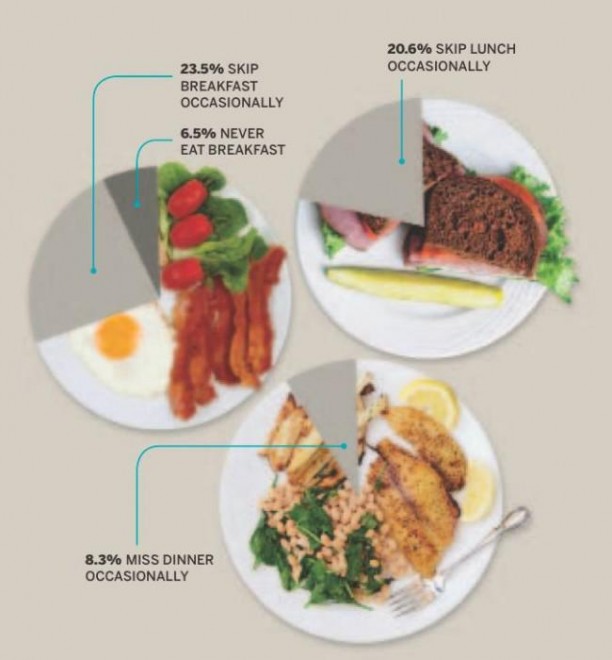 Rushing out the door in the mornings, it can be hard to find the time for a decent breakfast, let alone a cup of coffee. According to results from the Symptom Profiler (formerly known as the Q-GAP), an online survey completed by over 29,000 people in 2010-11, skipping meals is fairly common: 23.5 percent sometimes miss their morning meal; another 6.5 percent never eat it; 20.6 percent skip lunch occasionally; and 8.3 percent miss dinner. But those who skipped meals in this survey also reported more negative symptoms than those who always ate three a day­ — and the more meals skipped, the worse shape they were in.

Taking a break for regular meals is important not just for overall health, but for mental acuity and ability to pay attention, as one fascinating study suggests. Over a 10-month period, Shai Danziger from Ben-Gurion University of the Negev studied the decisions of eight Israeli judges at more than 1,000 parole board hearings. At the start of the day, when they presumably felt refreshed, judges granted about two-thirds of applications, but as the hours progressed, that number declined. After a meal break, the odds of granting parole jumped, then plummeted again. Judges were more likely to refuse parole to offenders who seemed at risk of reoffending and those who weren’t part of a rehabilitation program, but the timing of their meal breaks created a remarkable pattern.

There could be a few reasons for this. After concentrating for an extended period of time, our attention wears thin and decision-making faculties become overloaded. Low blood sugar could also be the culprit. Whichever factor was at work, this study strongly suggests that, when trying to stay sharp and focused, making sure to break for a meal might be the smartest thing a person can do.