Why Our Bodies, Ourselves still matters 40 years later

When the book Our Bodies, Ourselves was originally released, things were very different for women's health. 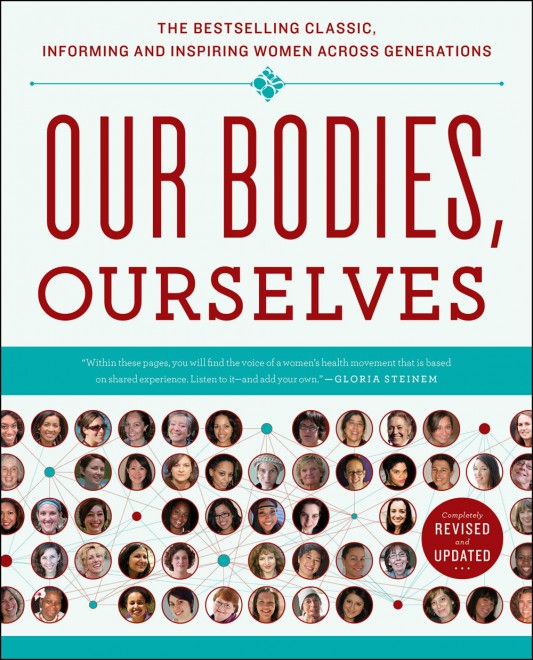 When the book Our Bodies, Ourselves was originally released, things were very different for women’s health. Many were not aware of the risks of breast cancer, for example, or how to detect it earlier. Antidepressants weren’t widely used. We didn’t know about the risks of hormone therapy for menopause. As the times have changed and our health knowledge has expanded, Our Bodies, Ourselves, which has just been re-released for its 40th anniversary, changed too.

Q: What lead to the update to Our Bodies, Ourselves for the book’s 40th anniversary? Was there a strong feeling that some information needed to be changed to remain modern?

A: There is always a need to update the book periodically, since information about women, health and sexuality does change over time, and the challenges we face also change. This time we did a major revision, utilized social media, and engaged many more younger women. Some of the new topics we cover — such as the sexualization of very young girls, the impact of environmental toxins on reproductive health, and the increasing legal constraints on women’s access to reproductive freedom — will be of special interest.

Q: What are some of the areas that were updated?

A: All the chapters were updated and majorly revised. In particular, the following chapters were almost all or entirely rewritten: Body Image, Sexuality, Perimenopause/Menopause, Birth Control, Environmental and Occupational Health, Politics of Women’s Health, and Activism.

For the Relationships chapter, we condensed a month-long online conversation involving more than three dozen women of all ages and backgrounds who candidly discussed their lives and relationships against a backdrop of family and cultural expectations. Their words are so much more compelling than us describing that relationships are complicated and take work.

Q: Is there a particular area that women tend to have a lot of questions about?

A: This depends, of course, on the woman and her situation (age, relationship status, interest in having or not having children, etc). Teenage girls often have many basic questions about anatomy and physiology. Many women want to know about resources to turn to, and students are often exploring a specific topic as part of course work in women’s studies class.

Q: Do you think there are any key areas where women need more and better health information?

A: Because of the widespread use of abstinence-only sex education programs in the United States — still a major impediment to having well-informed young people in this country — all of the material about birth control, STIs, and abortion is quite badly needed at this point in time. Also, there is so much misinformation on the internet about many sexual and reproductive health topics; thus, trustworthy resources like OBOS are needed more than ever.

We live in a more public culture in which people are expected to be comfortable discussing sexuality, but it is still complicated and difficult for many women to discuss their bodies or their sexual health, or to feel empowered expressing their desires and needs.

Q: Why has Our Bodies, Ourselves remained so relevant for women over the past 40 years?

A: Because it meets so many women’s needs, and we have updated the book regularly to make sure that it stays relevant!

Q: Where do you see the book heading in the future, with all the changes in the publishing industry?

A: That is a good question, and I am not sure how to answer it. We certainly expect to use the internet and social media much more (as a vehicle for getting this vital information out to a wider audience), but I am personally worried about the struggles within the publishing industry. Books are such an important part of preserving a democracy, and I hope we find a way to make both electronic and hard copy books continue to thrive and be accessible.