Why low-carb diets are a bad idea

Last Sunday I was listening to The Sunday Edition with Michael Enright and he interviewed Gary Taubes, whose books Why We Get Fat and Good Calories, Bad Calories show him to be a devoted disciple of the controversial Atkins-style low-carb diets. 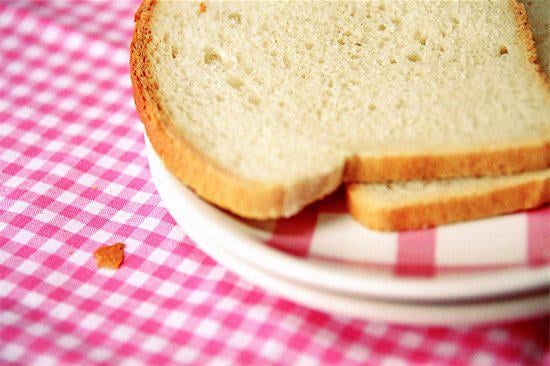 Last Sunday I was listening to The Sunday Edition with Michael Enright and he interviewed Gary Taubes, whose books Why We Get Fat and Good Calories, Bad Calories show him to be a devoted disciple of the controversial Atkins-style low-carb diets. Taubes has faced similar accusations as the ones Atkins dealt with about the efficacy and safety of the approach he promotes.

And there are many things about Taubes’ approach to weight loss that are just plain wrong, unhealthy, and in my opinion, wrong-headed.

First off, Taubes denies the first law of thermodynamics, asserting that weight loss is not about calories in vs. calories out. Well, know that thermodynamics is not a hypothesis or a theory, but a physical law of the universe, like gravity. You can’t deny it any more than you can deny that gravity won’t be your friend if you jump out of an airplane without a parachute. If I could meet Taubes face to face I’d ask him to explain how Twinkie Guy fits into his weight loss model.

Fact: regardless of what your diet is composed of; if you are in a caloric deficit, you will lose weight. Conversely, you could eat nothing but spinach, broccoli, and tofu, but if you take in more calories than you burn, you will gain weight.

Oh, but there is so much more.

Taubes doesn’t advocate exercise for weight loss. Taubes thinks exercise causes people to “work up an appetite” where they end up eating more than they burned off and more than undo the work they do. Too bad for him that this article I wrote shows this assertion to be a total crock.

Also, exercise not only doesn’t cause a spike in appetite, but is actually a critical component of controlling “ingestive behaviour.” What this means is that exercise is proven to transform people into better, healthier eaters who gain the will necessary to resist high-calorie junk and restrict calories to lose weight.

You know what? I’m having fun with this post, so let’s just keep on ripping on low-carb diets while extolling the benefits of exercise. There’s so much information, I think I need to jump into bullet points.

Low-carb diets can work because of the satiety factor. The good that they do is that when people cut carbs, this means they’re cutting a lot of processed junk-food carbohydrates. However, there are many very healthy, unprocessed carbohydrates that they also cut which are crucial to health and exercise performance. In desperate circumstances, they can do more good than harm by lowering cardiac risk factors when weight loss is the result, but the problem is that it’s a pretty wimpy way to lose weight. When you use a low-carb diet for weight loss, you aren’t exactly reaching for the stars.

As a final plug for eating a diet that is high in unprocessed carbohydrates, note that this is what athletic people eat. Low-carb dieters generally aren’t active people, and that’s not good. If you want to know just how “not good,” then go do some Google image searches of the more popular low-carb diet gurus out there and see what you find.

I can tell you what you’ll find: not one physique that is worth envying. None of these authors will ever appear in their book with a shirt off, I can guarantee that.

The real reason why I don’t like low-carb diets? It’s because I believe in reaching for those stars. So should you.

Get your free metabolism report at www.bodyforwife.com