Why Instagram Influencers Shouldn’t Be Shilling For Big Pharma

Influencer marketing has infiltrated everything from fashion to dining to home style. But what happens when this clout creeps into areas like medicine and health care? 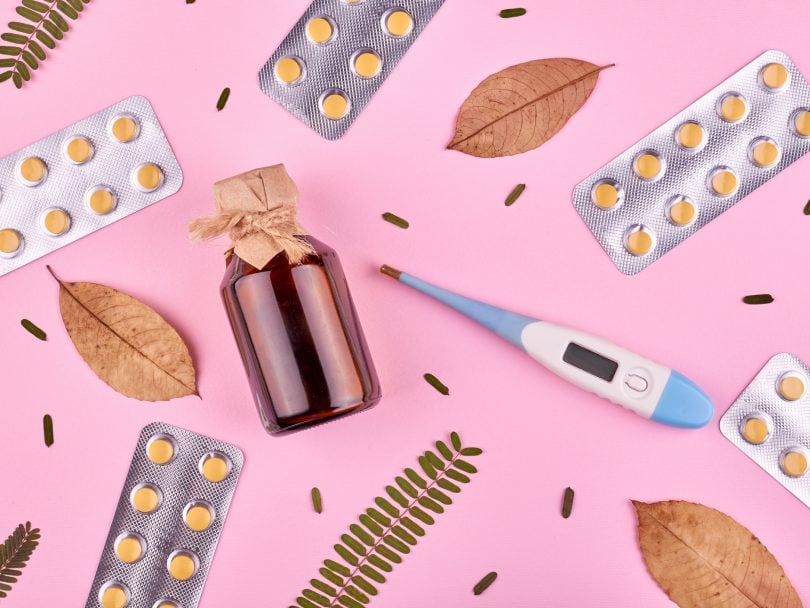 Last week, while thrift shopping, I found myself eschewing my usual impulse purchases of brightly coloured knits and worn-in jeans and reaching for things I couldn’t quite explain my desire for. What was suddenly so appealing about these mottled green ceramic wine glasses? Why was this wildly impractical shearling coat that can’t really be worn in any Toronto season impossible to put down? On my way home, it dawned on me: I was replicating the style of a woman I follow on Instagram. She’s a mom, a vintage buyer and an influencer of the minimalist, everything-in-beige-and-sandstone-shades variety. I’d carried her aesthetic with me into the store, without even looking at my phone.

The power of the personal, or at least of the affectation of it, isn’t unusual in our current age of influencer-driven marketing. We look at our phones in the bathroom, the bedroom, when we feel lonely and when we feel bored. The people we stare at in these intimate settings start to feel like friends and family, making it easy to confuse their sponsored advertisements with trusted advice. And we do trust them: advertising watchdog Ad Standards found that in 2018, nearly 23 percent of Canadians made a purchase based on an influencer recommendation. That number rose to 35 percent among Canadians aged 18 to 35.

Now, I was just shopping for a pair of mittens to replace the ones my toddler had lost yet again. My worst-case scenario was spending $7 on goblets my husband immediately found repulsive and that, under filter-free daylight, clearly stood on the wrong side of jolie-laide. But what happens when these faux-intimates exert their influence in more critical facets of our lives— areas like medicine and health care?

As an industry, influencer-led marketing is already worth just over US $5.5 billion. That number is expected to hit just over US$22 billion by 2024, and it’s highly unlikely influencer marketing will more than triple its value in under five years without engaging with massive industries such pharmaceuticals. They’ve already proven the relationship is lucrative and ripe for exploitation.

During her second pregnancy with child Saint in 2015, Kim Kardashian shilled for the morning sickness drug Diclegis (sold as Diclectin in Canada) on Instagram. “OMG. Have you heard about this?” Her post—made without the FDA-required disclosure on the drug’s side effects and clear language indicating it was an ad—also claimed that Diclegis had been “studied and there was no increased risk to the baby.” Kardashian was forced to put up a corrective post following a rebuke from the FDA about the misleading #sponcon, but that didn’t seem to dampen her influence: Kardashian’s original post, for which she was reportedly paid nearly half a million dollars, contributed to a 500 percent increase in social mentions of the drug within the following weeks, and eventually a 21 percent increase in sales.

Shortly after Kardashian’s glowing post about Diclegis, St. Michael’s Hospital in Toronto published a review of available research on the drug’s effectiveness after one of its staff physicians, Nav Persaud, often found himself prescribing it in his own practice. After looking closely at unpublished results of clinical trials paid for by the Canadian manufacturer of the drug, he stopped prescribing the medication. Diclegis or Diclectin, an antihistamine and vitamin B6 combination, costs about US$600 for 100 tablets. Part of the study Dr. Persaud reviewed found that taking vitamin B6 on its own, which costs between $10 and $20 for a 100-tablet bottle, can be just as effective at treating nausea and comes without any of the potential side effects of the added components of Diclectin. These details seemed to be missing from Kardashian’s follow-up post.

I asked Canadian-American gynecologist Dr. Jen Gunter, a medical influencer in her own right, about the perils of this relationship between the pharmaceutical industry and influencers. “I think celebrity advertising for pharmaceuticals is fraught with concern, given the enormous impact of influencers,” she told me.

And she’s right: influencers’ pervasive ability to push pharmaceuticals into the lives of millions often reaches us at our most intimate and vulnerable. I struggled with hyperemesis gravidarum during both of my pregnancies. The first time, though, I didn’t really understand what was happening to me. I felt isolated, depressed and physically depleted while everyone around me raved about the joys of pregnancy. At the time, I would have tried anything for relief—and was, in fact, prescribed Diclectin myself, which unfortunately didn’t quell my vomiting or nausea.

It’s not just morning sickness drugs. Popular Instagrammers have become the faces for everything from psoriasis medication to birth control to medicinal CBD oil, the latter of which is heavily flogged on the social sphere by everyone from comedians like Aisling Bea to momfluencers like Kristen Bell. So much of what’s insidious about these influencer marketing practices is how they target specific populations often struggling for answers and feeling unheard by traditional avenues of medicine, as many of the pharmaceuticals being pushed are for birth control, morning sickness and endometriosis. All are areas of medical care that have historically disregarded women’s lived realities.

But despite our stricter management of drug labelling and advertising in Canada, you can’t geo-block influence on social media, and social media platforms themselves are reluctant to enforce regulations. Addressing the dangers of this type of influence is going to take a multi-pronged approach.

These are critical first steps in tempering a relationship that otherwise shows no signs of slowing down. Until then, I’ve started culling influencers from my own Insta feed to make it more reflective of my real friends—and hopefully help avoiding the thrifting of any more misshapen ceramics.