Why I'm happy with a few extra pounds

I'm in Paris, which makes me happy for all kinds of obvious reasons. It's lovely to be in a place where you're surrounded by beauty. 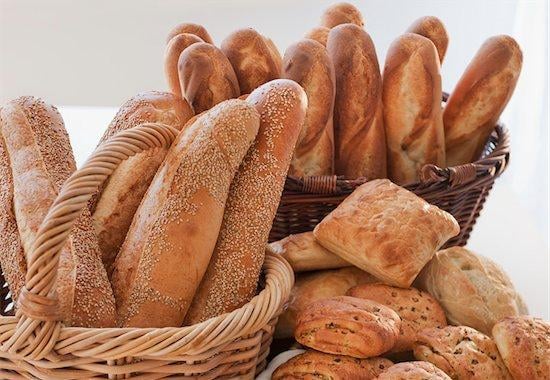 I’m in Paris, which makes me happy for all kinds of obvious reasons. It’s lovely to be in a place where you’re surrounded by beauty. Just a few days into my trip, I’ve already busted my clothing budget with fancy underwear. On the street where I’m renting an apartment, a man often strolls by playing the trumpet. (So far, this has been charming rather than irritating.) I’m alone, which has its challenges — all of my happy hour Champagne is being savoured solo, for example — but also makes me feel like things have slowed down a little. I’m reading more than I have in years, partly because I don’t know anyone here and need a literary companion at restaurant tables and while sitting in parks.

But here’s something else I realized while I’m here: I really like having total control over what I put in my mouth. When I’m either at home or on the road for work, there’s so much socializing, so much group eating, so many brunches and barbecues, and I find it hard to say no. I also find it exhausting, at times, to be constantly stuffing my face. So here, with no one to eat with or cook with, no one to compromise with and no one to split a bottle of wine with, I can exert total control. On one hand, it’s hard to be in a city so focused on dining and drinking without any playmates. On the other, I feel like I’ve finally been able to implement some control over what I eat, which I’m surprised to find makes me very happy.

Right now, I feel like my interest in controlling my food is relatively healthy. All I want to do is load up on fish and vegetables and fruits and fresh breads and chevre and yogurts — with periodic additions of eclairs, pastries, saucissons and pates. But I can also see how this kind of thinking can lead down a less positive path. Women all too often associate their worth with not just their physical appearance but their ability to exert self-discipline over their diets. That piece of cake at the end of a great meal with friends? It’s probably not going to make much of a dent in an otherwise healthy routine, but so many of us feel guilt or shame when we cave and bring a chocolately forkful to our mouths.

In shopping for clothes here, I’ve realized that I’m grande according to French standards. I had to battle some shock and vanity initially, as I realized that most of the women who were passing me in the streets were size 0, with their jeans and sleek leather jackets practically painted on. But then I came across a fabulous bakery with little buns stuffed with huge hunks of bacon and soft cheeses. As with everything in life, there are choices to be made. For now, I’ll take an extra few pounds and an aversion for skinny jeans over a diet of Coke Zero. And I hope that sticks and that I don’t decide to start punishing myself for enjoying one of life’s greatest pleasures.