Why I don't want my kids to play dangerous sports

I have two kids and I don’t want them to get hurt — not badly hurt, and not in a way that’s going to cause them permanent damage. 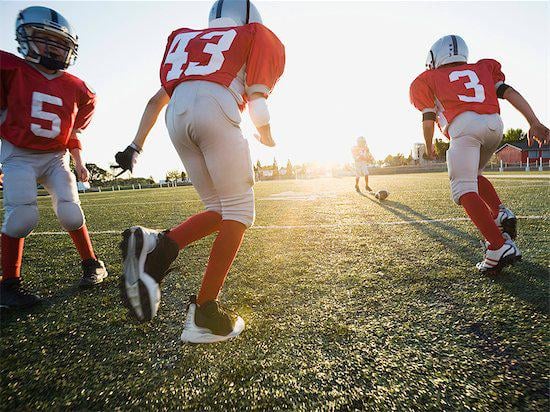 I have two kids and I don’t want them to get hurt — not badly hurt, and not in a way that’s going to cause them permanent damage.

This recent post in the New York Times about the lasting effects of blows to the head in football really drives home my thinking on this. I know not everyone is going to agree, and some people may feel I’m somehow accusing them of being a bad parent, but I’m not accusing or pointing fingers at anyone (for a change). Instead, I’m just going to relay my own thoughts and concerns as a parent — you can make up your own mind.

I want my kids to be healthy and have some adventure in their lives. They get to do lots of exciting stuff. They are both in karate and have achieved high belt levels. They participate in sparring and wear protective equipment while doing so, but the goal in sparring is not to hit someone hard (like in football or hockey), but just to make minimal contact and score a point.

My daughter, who is ten, is also an avid rock climber. She’s taken a number of courses with professionals and knows all the proper safety procedures and how to use the equipment. She’s so good sometimes I wonder if she is hiding a prehensile tail.

I take them sea kayaking in the summer and we have gone on some very steep hikes. They both swim like fish and my son loves jumping off high cliffs into both lakes and oceans.

We encourage them to ride their bikes all over and I even recently taught them the right way to ride with no hands (with no cars around, of course). My son likes playing flag football too, but balked at switching over to tackle football when one of his friends did.

The goal of sports like football and hockey, beyond actually scoring goals (or touchdowns or points), is often to make hard physical contact with your opponent. Repeatedly. This can damage people, permanently. NHL star Sidney Crosby is still out of commission due to post-concussion syndrome; he received his concussion in January; he’s called for the removal of head hits from the professional game. And Boston Bruin Marc Savard missed all of his team’s Stanley Cup-winning playoff run, and will miss the entire 2011-2012 hockey season, because of a concussion he suffered, also in January.

Yes, we want our kids to be active and have fun and develop a sense of adventure, but we’re also holding them back from engaging in sports that have a higher risk of causing serious injury, especially to the brain.

I don’t think ill of any parents who put their kids in hockey for football. I just have elected not to do it.