Why don't we see happy stories in the news?

A few nights a week my children and I head out around 7:30 p.m. to pick my husband up from work. On the way back, he’s inevitably hit with this question from the kids: what did you put in the newspaper today daddy? 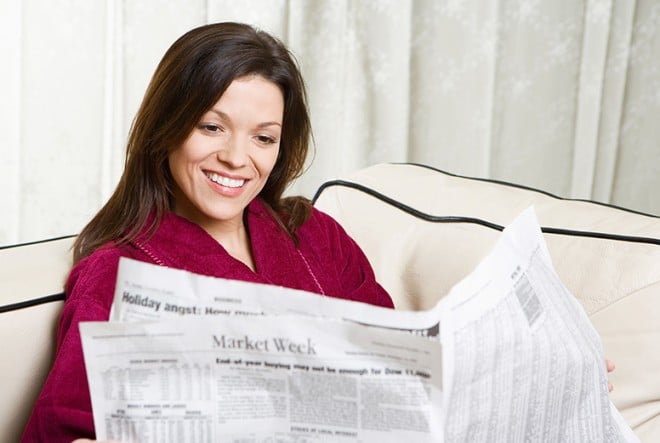 A few nights a week my children and I head out around 7:30 p.m. to pick my husband up from work. On the way back, he’s inevitably hit with this question from the kids: what did you put in the newspaper today Daddy?

See, Doug is a deputy city editor at The Toronto Star and each time that question is lobbed his way he carefully picks through the news he can actually share with the children. Since they’re only 7 and 4, he tends to leave out the bleed-it-leads stories and shares things like Bob Barker offering to help move elephants from The Toronto Zoo.

One night this week, he shared this story which was on the front of the Star the next morning: how two teenage boys sent a Lego man into space. And the next day, the story burst and went round the social media circles—posted on Facebook, sent across on Twitter and more. It was a happy news story.

Later that week, I had to ask Doug more about happy news stories churning through the news cycle. This is what he had to say:

Q: So why don’t we see happier stories in the news?
A: Stories like the Lego man in space stand out because they’re so few and far between. For me, when I’m putting stuff in the paper I look for: is it important? Is it useful? Is something interesting?

Q: And useful?
A: Things that are useful aren’t necessarily happy news. So stories such as housing markets that are hot in the city or what areas have the best restaurants, they’re useful.  But even those stories are good news to the people who live in those neighbourhoods but bad news to others who don’t live there.

And then interesting…unfortunately, interesting in life is often when things don’t go the way they’re supposed to go. Such as the cat woman on the airplane this week, which ended up being a fun happy story but really was a story about a bunch of people getting stuck on an airplane for four hours which was bad news for them. But “Plane takes off with cat in carrier and lands on time in Toronto”– people wouldn’t read the newspaper if we wrote about every time a plane landed on time. Too often in life things going wrong is what’s unusual and that’s what people are interested to know about.

Q: So what resonated with people about the Lego story then?
A: The perfect thing is when something’s unusual and goes right which is why that story was so fantastic. It was unusual and it went unusual in the right way. It was also about 17-year-olds and too often in the news 17-year-olds are covered in crime stories or ‘what’s-wrong-with-kids-these-days?’ stories. So to see two regular high school kids doing something this sensational was great. When you find a great happy story, people respond to that like nothing else.

p.s. Have you started your Gratitude Adjustment yet? If so, I’d love to hear what you’re doing and how it’s working for you, which I may share in an upcoming post. Drop me a line below or on Twitter at @AstridVanDenB to let me know.