Why Does Asparagus Make My Pee Smell Weird? 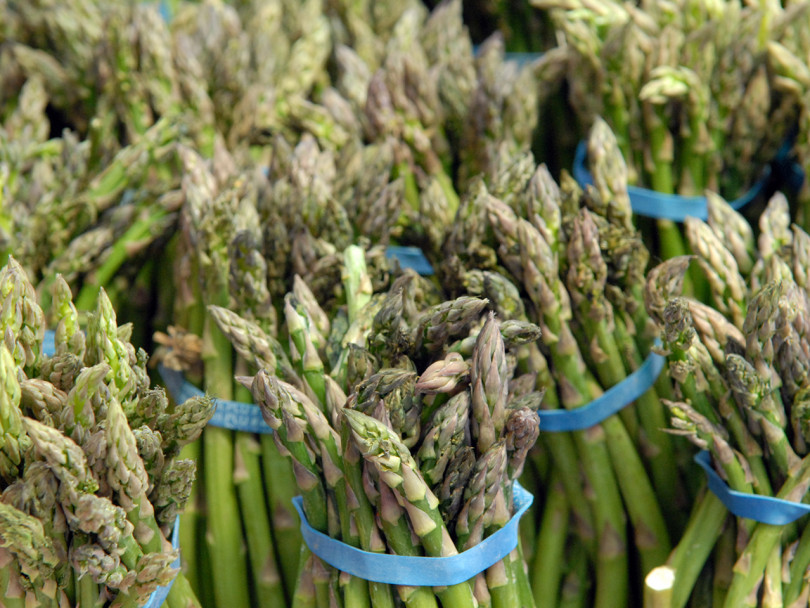 Asparagus—just a small forkful, one tiny stalk, and the next time you pee, there it is, that unmistakable pong…if you’re among the 40 percent of the population who can smell it. (And if you are, you’re in good company: when Marcel Proust wasn’t waxing poetic on the madeleine, he was irreverently noting how the vegetable “transforms my chamber-pot into a flask of perfume.”) Why is that? And why do some people have an enviable immunity to the smell? It turns out that even for scientists, the asparagus pee phenom has a pungent air of mystery about it. Here’s what we know:

What’s behind the stink?

Asparagusic acid is (unsurprisingly, given the name) a unique chemical found in asparagus and generally believed to be the culprit. When we digest the veg, our bodies break down the acid into sulphur-containing compounds, which are responsible for other lovely odours like rotten eggs and spoiled cabbage. There are plenty of other sulphuric foods that can make your pee smell weird (Brussels sprouts, onions, garlic, salmon, alcohol and coffee), but the jury’s still out on how many or which sulfur compounds are involved in metabolizing asparagus.

Why do men complain about it more?

Harvard researchers ran a study in 2016 where they asked nearly 7,000 participants if they could detect a smell in their urine after eating asparagus: 40 percent said yes, slightly more men than women. Further analysis revealed three important genetic constructs related to the ability to smell asparagus pee. So, it’s all in your genes?

Why do some people claim they can’t smell anything?

It’s further hypothesized (albeit without a lot of scientific community consensus) that some people produce asparagus-stench pee, but some just don’t. Perhaps because their particular gut microbiome metabolizes it differently. Which means those people can’t smell what isn’t actually there.

Is there an antidote?

Sorry, nada. Asparagusic acid is present in both raw and cooked asparagus, so it doesn’t matter if you boil, fry, braise, pickle or barbecue it—if you’re genetically coded to smell the aftereffects, you’ll smell it.