Why deadly food allergies are on the rise

Empowered patient: One wrong bite sent a woman on a race against time to save her own life 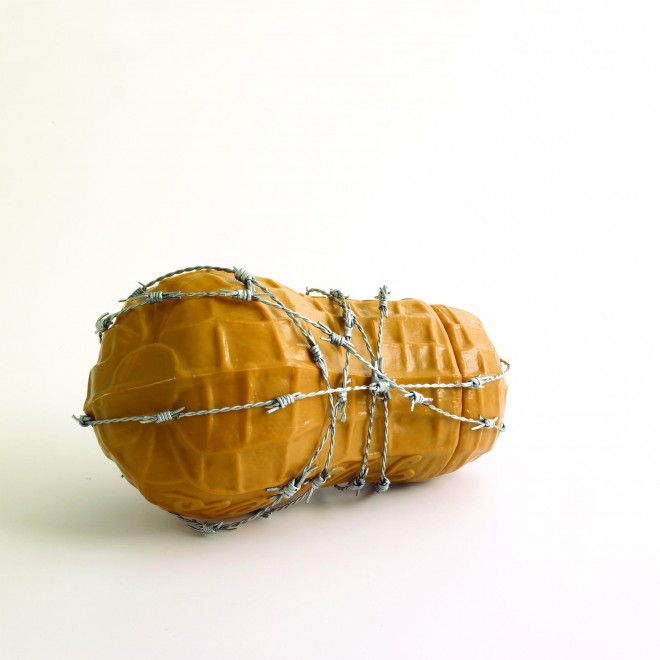 Emma Finn* has a life-threatening peanut allergy. She’s known about it almost her entire life (since an ill-fated bite of a peanut-butter cookie at age four prompted violent vomiting). But despite her best efforts to prevent more severe reactions, she’s had a number of them in her 44 years.

The worst happened at a work event last spring. Within seconds of eating a seemingly safe chicken canapé, Emma felt her throat tighten. She immediately told her colleagues and drove to the closest emergency room. (She’d switched purses and forgotten her EpiPen.) By the time she got there, about 20 minutes had passed, and her airways were nearly swollen shut. “I was terrified, because this reaction was worse than anything I’d ever experienced,” she says. “I felt like my head was about to pop off. I couldn’t breathe, my lips ballooned to three times their normal size, and the whites of my eyes turned completely red.”

Emma was having an anaphylactic reaction (the most severe, and potentially deadly, type). Without treatment, her throat would have swollen completely and she would have suffocated. To stop the reaction, she was immediately given a shot of epinephrine, a common anaphylaxis treatment. Also known as adrenaline, it’s a hormone that relaxes the muscles in the airways and raises dipping blood pressure by tightening blood vessels. But her reaction to the nuts was so bad that she needed a second shot about an hour later — the peanuts were still in her system and she could feel another reaction coming on.

Having an allergy means your immune system overreacts to a particular substance. Even a small amount of an allergen can cause a reaction, as Emma discovered after eating the appetizer. And although nuts are one of the most common food triggers, people are increasingly allergic to all kinds of things, including eggs, wheat, dairy, shellfish, lemons and — one of the latest to make Health Canada’s top allergen list — mustard.

The intensity of a reaction depends on a few factors, including how sensitive you are to the allergen and how much of it you eat. Milder ones often result in watery eyes, sneezing, hives, itchy skin, or cramping, while a severe reaction might involve swelling, difficulty breathing, diarrhea, vomiting, loss of consciousness, and, occasionally, death.

An intolerance, on the other hand, is generally caused by a sensitivity to food additives or the lack of a digestive enzyme. For example, people who are lactose intolerant do not produce the enzyme to digest lactose. For them, symptoms — usually of the gastrointestinal variety — often show up gradually and don’t last very long. Although serious and unpleasant, an intolerance isn’t life-threatening.

On the rise — and worse

As recently as 30 years ago, food allergies were barely on the radar. Emma was in her early 20s before she met another person who knew someone with a food allergy, much less had one themselves. That was in the early ’90s.

Today, four percent of Canadians have a food allergy. And research shows if one parent has a food allergy, their child is up to 50 percent more likely to have one (and 75 percent more likely if both parents do). A report in Allergy and Clinical Immunology also found food-induced anaphylaxis is increasing worldwide. In the U.S., it’s believed 150 to 200 people die from it each year. (Health Canada doesn’t track anaphylaxis-related deaths.) No one is quite sure why we’re more allergy prone, but experts have theories.

Emma can’t explain why her recent reaction was so intense — it could have been because of the length of time since her last run-in with a peanut (over five years) or the amount she’d eaten before realizing her mistake.

Despite its possible side effects, like a racing heartbeat, headache, or nausea, the best protection is to carry an epinephrine injector at all times — and be ready to use it . “People think it’s okay to leave their auto-injector in their glove compartments — it’s not,” says Laurie Harada, executive director of Anaphylaxis Canada in Toronto. “The worst outcome is death. Why take that risk?”

And keep in mind you might be more vulnerable than you realize. “If you have asthma and a food allergy, the risk of having a severe allergic reaction is higher,” says Harada. The same goes for people taking beta blockers and, surprisingly, young people. “When you look at research of deaths due to an anaphylactic reaction, it shows teens and young adults are at greater risk,” she says. This is largely because they take more risks, such as not carrying their epinephrine.

But in reality, even the most allergy prone can get complacent. “It’s important not to rely on a manufacturer’s label, even if it says ‘allergen free,’” Harada advises. “You have to read the ingredient list carefully, because it’s easy to overlook something.” What makes this job even harder is that common food allergens are sometimes listed under other names. Milk shows up as lactate, whey, or hydrolyzed casein; wheat can be bulgur, kamut, semolina, or triticale; soy is sometimes called miso, tempeh, tofu, or textured vegetable protein (TVP).

While Emma’s allergy scare has made her more cautious, it has also reinforced something she already knew: You always have to pay attention. She keeps EpiPens in her purse, at her desk and in the car. And she’s always aware of what she’s eating.

“Last spring was a wake-up call. Although I’ve had an allergy all my life and I do my best to be careful, you can never predict when you’ll have a reaction or how bad it will be.”

We’ve gone global: We travel, we adopt different diets and import exotic products. In the U.S., for instance, the appearance of kiwis in grocery stores has resulted in kiwi allergies — which were rare 25 years ago. And other countries that have westernized their diets are now reporting the same food allergies as North America. In Japan, where eggs, cows’ milk, and wheat have become more common since the Second World War, 60 percent of all pediatric allergies are now to those three foods.

We’re too clean: Thanks to our fondness for antibacterial soaps and squeaky-clean surfaces, decreased exposure to illness and infections in childhood may make us more prone to allergies – basically, our immune systems aren’t as tough as they used to be.

We’re underexposed: A study published in the Journal of Allergy and Clinical Immunology compared children in the U.K. and Israel; it found that Israeli kids, who regularly eat peanuts in their first year, have significantly fewer peanut allergies than British children, who aren’t typically exposed to the nuts. The theory is that eating peanut products sooner may have increased their tolerance.

We’re product obsessed: Dr. Elaine Chin, chief medical officer at Scienta Health Centre in Toronto, points to the chemical cocktail in which we increasingly live our lives. “From cosmetics and cleaners to pesticides and plastic bottles, there’s a lot of chemical cross-reactivity,” she says. “Then you throw in a food that your body doesn’t recognize, and the body confuses it with other environmental toxins and reacts to it as an invader.”

*Name has been changed

Q: Can taking an antihistamine stop a severe anaphylactic reaction?
A: No. This medication might soothe symptoms if they’re mild, but only the adrenaline in a shot of epinephrine can really stop anaphylaxis, and even then, only temporarily.

Q: Can you get an allergy as an adult?
A: Yes. Food allergies can crop up at any time — even to foods you used to eat with abandon. This just in: Recent research suggests allergies you outgrew can suddenly resurface.

Q: Can just the scent of peanut butter trigger a reaction?
A: No. Studies have found smelling peanut butter does not cause anaphylaxis in people with peanut allergies. But anyone who’s had a severe reaction may have a psychological response.

1. Immunotherapy: Scientists are exploring new ways to trick the immune system and build resistance to allergens. One approach is for allergy-prone people to eat a gradually increasing amount of the problem food every day under medical supervision. In a study published in the Journal of Allergy and Clinical Immunology, a group of children with peanut allergies tried this, and after almost a year, the majority were able to eat a handful of peanuts without incident. Meanwhile, scientists for the Consortium of Food Allergy Research are working on a “peanut patch,” an allergy-fighting take on the nicotine patch.

3. Altering your blood
During an allergic reaction, proteins in allergens attach themselves to mast cells, a type of white blood cell, which prompts the reaction. Researchers at the University of Notre Dame have engineered a molecule that reaches the mast cells faster than the allergens, preventing the reaction from happening in the first place.