Which would make you happier: being thin or being in love?

I'm still trying to figure out if there's some dark place in my subconscious that identifies with the results of a recent study, reported by The Daily Mail, that concluded that a woman's weight... 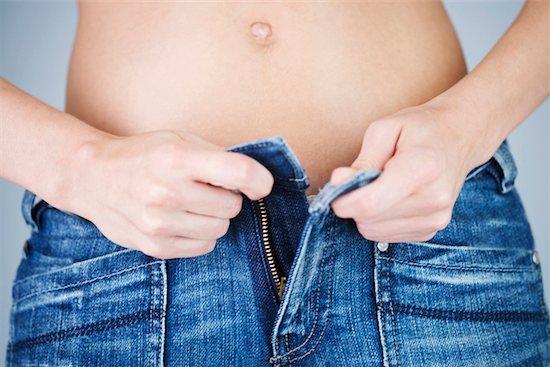 I’m still trying to figure out if there’s some dark place in my subconscious that identifies with the results of a recent study, reported by The Daily Mail, that concluded that a woman’s weight has a greater influence on her happiness than her romantic status. Translation? Losing five pounds will do more for your spirits than a love note left on your pillow.

According to the study, being obese is more misery-making than being single, and being thin is better than being in a relationship. (Note: I know there are a lot of single ladies out there who choose to be single, and are completely happy and completed with that status. But I would say that the majority of the single people I know would prefer to be in a great relationship over being single, if they could find a nice, respectful guy.)

The Daily Mail talked to Dr. Pam Spurr, a psychologist and author of How to Be a Happy Human, and she said that her overweight patients always have their weight on their minds. “And not at the back of their minds but at the forefront, because we live in a society that is constantly evaluating shape, size and attractiveness,” she says. Dr. Spurr says that being single, as opposed to being overweight, has become more socially acceptable. “Someone might say, ‘She’s single but she’s lovely.’ A single woman may be incredibly lonely but have much more hope.” (Not if she’s been dating the men I have.)

Is this depressing? Is it too honest, like that time I tried to talk to my mother about how all of my problems stem from my childhood? Here’s the thing: I get this study. I wish I didn’t, and I would like to believe that I do not fall into the thin-is-better-than-love camp, but I get why women (told over and over again that their social value is inextricably tied to their looks) can neglect their relationships but remain vigilant about their weight. There is also a lot of pressure on women to be in relationships, but not necessarily to be in HAPPY relationships. And the actual satisfaction a woman derives from her relationship is fluid and often opaque. But thin is indisputable; it’s a public and surefire source of approval – especially as we continue to buy into that.