Where do babies come from?

To push, or not to push. Rebecca Eckler argues for the other issue of choice 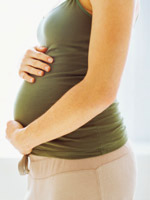 I had a baby, but I didn’t have labour. Thanks to my scheduled C-section, my daughter made it from my belly to my arms in 20 minutes – less time than it takes to straighten my hair. I didn’t experience one wicked labour cramp. I never yelled at my fiancé, “You did this to me! I hate you!” I never screamed, “Give me drugs! Now!” Having a planned C-section was the most perfect, stress-free way to give birth.

I don’t feel like less of a woman for not having a vaginal birth. Two years after the fact, my female friends, even strangers sometimes, still ask me if I ever regret it (usually after admitting shyly they want a scheduled Caesarean when they give birth). I haven’t once regretted the decision. And it was not one I entered into lightly. When I was pregnant, I paid a hefty sum for a midwife to come over to my house to explain the labour process. “Giving birth is probably the most painful experience a woman will go through,” she told me finally. I wanted to kiss her. She was the first person to actually say what I feared most.

Because, though women are more than willing to tell you (even when you don’t ask) which vitamins you should take while pregnant, how much weight they gained or which lotion will help with stretch marks, no one talks about their actual labour. Even my best friend, whom I’ve seen naked and who could blackmail me for millions with all the secrets she knows, told me, “I can’t talk about it,” after she had her first baby. Another good friend told me her labour “wasn’t that bad,” as she gently sat on the couch, as if she were sitting on a bed of thorns, a week after having her baby.

I was utterly terrified to give birth. Thoughts of, How is this butterball going to come out of me? kept me up at night, my heart pounding so fast I often had to catch my breath. That was the main reason for my decision.

I often wonder, in a world where I could get lipo on my lunch hour, make the wrinkles on my brow disappear in minutes and remove all my underarm hair forever, why any woman would want to go through the possibility of experiencing 28 hours of labour – or even three hours of labour. It seems so, well, 1800s, so Little House on the Prairie.

I never say this to women who choose to endure it.

One of my friends just gave birth in her home, with the aid of a midwife, without drugs, in a water tank. I thought she was crazy, but I never said this to her. It’s her life, her baby and her choice. More and more pregnant women I know, it seems, are deciding to give birth one extreme way or another. But no one seems to say anything about those women who give birth at home in a water tank (except maybe, “You’re such a hero!”). Yet every time a woman, especially a celebrity, has a planned C-section, it causes a furor (“You’re so shallow!”).

The hardest part about my choice, and it wasn’t that hard, was finding a doctor who was willing to perform a scheduled Caesarean without a medical reason. All Canadian women have the right to request a scheduled C-section. Doctors, however, have the last word and may refuse to perform one for their own ethical reasons.

My first obstetrician, a perfectly nice man in Toronto, told me to move to Brazil if I wanted a C-section. Like many doctors, he doesn’t believe in doing them without a medical reason. I didn’t move to Brazil, but I did move to Calgary, where I found a much younger obstetrician who told me, “Sure, I’ll do it. I’m surprised more women don’t request them.” I fell in love with him (he was hot, too).

I simply wanted a doctor whom I felt comfortable around, a doctor who seemed laid-back, who made me laugh. Many women these days don’t have the luxury of their own obstetrician, whom they’ve gotten to know over the months, delivering their baby if the doctor isn’t on call when they go into labour. With a scheduled C-section, not only did I know my obstetrician would be there, I could also make sure my mother, who lives in another city, was there that day. Everyone I wanted close to me knew exactly when I was going to have my baby. I never worried that my fiancÃ½ would be on the golf course, ignoring his cellphone. I knew exactly when the baby’s room had to be ready. I knew exactly when I was going on maternity leave.

Sure, there are constant studies done about the risks of having a C-section. They warn about hemorrhaging, blood clots and breathing difficulties for the baby. But for every study that points to the risks of C-sections, I can find one to show these risks are true of any method of birthing.

A healthy baby, by whatever means, really is a miracle. I know women who smoked and drank during their pregnancies, yet had easy labours and healthy babies. Likewise, I know way too many completely healthy women who had complicated labours, sometimes with disastrous outcomes.

I’m lucky. I didn’t have any complications. I was in good health and had strong abs, thanks to my passion for Pilates. Getting back on my feet wasn’t a trip to the ice-cream store, but I was walking by the end of the day. Painkillers helped. But I wasn’t thinking about the pain or how slowly I had to walk for about three weeks. How could I when all my attention was on my beautiful baby? All I have left now to remind me that I had the C-section is a scar that not even my aesthetician notices when she does my bikini waxes. That and the constant debate about it.

Those who haven’t had a C-section also have no right to speak about the “joy” and “bond” a woman might be missing by having one. I don’t speak out on what it’s like to give birth vaginally – I don’t know. I do know that when I saw my baby for the first time after she was cut out of me, I cried tears of joy. It was the happiest moment of my life. When we cuddle in the morning, or when she hurts herself and wants only her mommy, there could be no stronger bond. (Not to make light of the matter, but I highly doubt my daughter will ever throw it in my face that I had her via scheduled C-section and that’s why she’s out drinking underage or smoking pot. If she’s screwed up as a teenager, which, like most teens, I’m sure she will be, it will be for other reasons.)

I’m shocked when I hear people, especially women, comment that someone somehow isn’t a “real” woman if she hasn’t experienced the utter, undignified pain of natural childbirth. Are women really better mothers because they needed stitching up “down there”?

Once you have a baby there’s so much other stuff to worry about. Your relationship with your partner will be rocky, at best, in your sleep-deprived state. You might suffer postpartum depression. Your in-laws will drive you crazy by constantly suggesting what you’re doing wrong. Your bosses won’t treat you the same when you return from mat leave. Single friends will drop off into the ether. These are age-old issues for women, beyond our control. I’ll go modern, thank you very much, when given the choice to be in control.