When was your last adrenalin rush?

It had been a long time since I felt an adrenalin rush - and then I found myself steering a tiny, six-seater plane in Mexico. 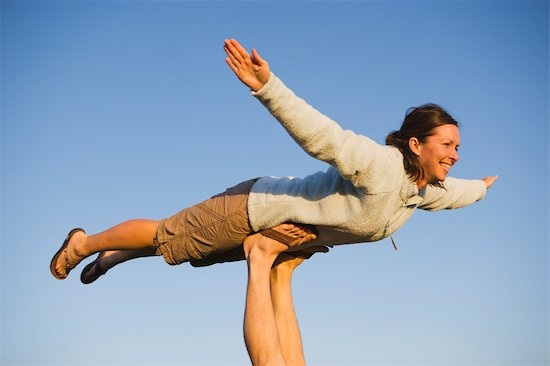 If you’re anything like me, a lot of your days involve sitting at a desk and staring at a screen. Most of the time, I’m trying to work and trying to avoid falling into a pit of online gossip. My days are happily broken up by meals, yoga or swimming, long walks, coffee, drinks and dinner with friends and family, and phone calls from lovelorn friends and bored telemarketers. It’s a very comfortable, somewhat predictable way to live. And, most of the time, it makes me pretty happy.

And then I found myself standing on the tarmac in Mexico, walking towards a very tiny plane. I mean, really, really tiny. So tiny it was cute. When was the last time you saw a plane that could be described as cute? Well, this one was adorable. Before I knew it, I was sliding into the front seat next to the pilot, as my luggage was piled in behind us. Fortunately, I didn’t have time to panic. I didn’t have time to ask any questions. I didn’t even have time to remember my discomfort with flights. This tiny plane – the smallest I had ever been in, by far – was a big surprise, and so I just flipped on autopilot and a couple of minutes later we were in the sky.

I’ve been staring at this page now for several minutes, struggling with how to describe the experience of flying over the  Pacific coast of Mexico – the white-sand beaches and ragged cliffs jutting into the ocean, the tiny, colourful towns and the forested mountains, the way the sun hits the water just as it starts to set – and there’s no way I can do it justice. To fly above it all, so close and with such a clear view, to zoom over the water while looking for whales, to seemingly see to the ends of the earth, can only be described as a spiritual experience on par with just a handful of things in my life.

When the pilot asked me if I wanted to steer, I thought it was a bit of a joke. I couldn’t imagine that he would hand over real control of the plane that was shooting through the air. And so, without thinking about it, I took the controls in my hands and turned right; to my surprise and delight, the plane turned. My heart started to pound in my chest. I tried going left and then up and then down and then right again – and all of my instructions were faithfully followed. My hands started to sweat and I felt like laughing, loudly, as a little lump formed in my throat. This was something I had never done before, something it had never occurred to me to try, and I absolutely loved it.

We arrived safely at our destination, the unbelievably beautiful seaside eco-resort, Cuixmala, and I was still buzzing from the flight. I wanted to stand on top of something very tall and scream to the world that I had just steered a plane. It had been such a long time since I’d had a rush like that, a jab of adrenalin that left me feeling a mix of elation and pride. And it’s a memory that gives me a rush of happiness now that I’m back at my desk, going about my predictable routine and daydreaming about the next time I can feel so alive.