In the spirit of shorts season, Consumer Reports recently ranked the top diet systems, and picked Jenny Craig as their favourite. We were surprised — processed foods, really? — and went out to ask a naturopath and a dietitian for a second (and third) opinion. And we were shocked by the results! 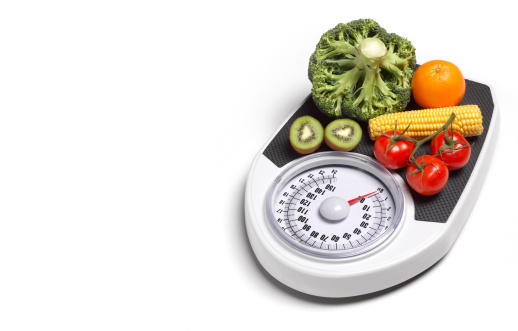 In the spirit of shorts season, Consumer Reports recently ranked the top diet systems, and picked Jenny Craig as their favourite. We were surprised — processed foods, really? — and asked a naturopath and a dietitian for a second (and third) opinion. And the results were shocking! Here’s what they said:

Jenny Craig
Consumer Reports: Their team was convinced by research that found that 92 percent of people stayed with the program for two years, and on average, the dieters weighed eight percent less at the end. They also liked their nutrition, support, and short-term weight-loss results.

John Dempster, ND: “I like that you get some good counseling in the one-on-one support; the funny thing is about dieting is that we’re all so focused on food, but we forget that there’s this huge emotional component to weight gain. This is definitely one of the better diets. But it doesn’t take into account any food sensitivities or allergies.”

Mary Bamford, RD: “By buying your food pre-portioned, you learn what portions are. They truly do it for you. It’s fast, which is good for people who are time-pressed. And it eliminates a lot of the triggers to overeat, like nibbling. For some people, who are eating McDonalds or pizza, the food is better than what they were eating: It has vegetables, lean meat and whole grains. That said, packaged, processed food isn’t my first choice — fresh, homemade meals taste better, and are better for you. But the high sodium in these meals doesn’t bother me that much: Anybody who loses weight and keeps it off has improved their health, regardless of sodium intake. (Although I don’t recommend it for life.)”

Dempster: “This is not one of my favourites, not by a long shot. There’s so much artificial stuff going on in there: You have fructose, skim milk, sugar — these are empty calories, and I personally think that anytime you’re putting sugar and fructose into somebody, with milk, you’re basically planting a bomb. It’s easy and convenient, yeah, and I’m sure you can get results — but you’ll always get results if you starve somebody.”

Bamford: “These bars and shakes are highly processed. If your diet progresses into something more wholesome and food based, that’s great, but it’s better to eat real food, like smoothies. Also, the 1,125 calories a day Slimfast offers is right on the edge — most women really shouldn’t eat less than 1,200 a day. It’s going to be hard to sustain without being famished — you’re stomach’s going to be grumbling.”

Weight Watchers
Consumer Reports: The magazine ranked this popular diet in third; their researchers didn’t like the high sodium levels from the recommended filling soups, found short- and long-term weight loss to be only “good,” and thought there wasn’t enough fat included.

Dempster: “Weight Watchers is another form of calorie counting. It doesn’t take into account the biochemical individuality of patients. They’re looking at this whole points system while completely forgetting the whole emotional side of weight loss.”

Bamford: “Consumer Reports found the average calories per day was 1,865, and that’s a lot — for me, who’s a small, active person, that actually my calorie needs for weight maintenance, not loss. The new Weight Watchers points system gives value to the nutritional quality in addition to calories, so I do like that. You’re also learning how to make meals on your own, and you’re getting weekly support, which is very helpful. But while they’re having success, they’re not having outrageous success, so there’s something off.”

The Zone
Consumer Reports: They thought there was a good amount of overall fat and protein, but too much saturated fat, poor long-term weight-loss results, only “good” levels of carbs and fibre, and nearly no focus on exercise.

Dempster: “What I like about this is that its founder, Dr. Sears, approaches things from an inflammatory perspective, and inflammation increases the risk of big illnesses. The diet also touches on some of the hormones that are involved, which is a bit more of a scientific approach that speaks to the biochemistry of each person.”

Bamford: “Consumer Reports found that The Zone is way less expensive than Jenny Craig [$179 for two weeks of support and meals, while Jenny Craig was $264, plus $65 for shipping]. What’s interesting is that higher protein and less carbs is supported by the latest research on successful ageing, which suggests having protein at each meal will help preserve your lean muscle mass.”

Atkins
Consumer Reports: The positives included the protein, fiber and short- and long-term weight-loss results; the cons were high levels of fat, low levels of carbs, and a high long-term dropout rate.

John Dempster: “If you cut out carbs, you can do a lot of people a lot of favours, but the problem is that you can also really affect serotonin levels, which has a lot to do with mood. And you’re eating such high amounts of protein that you’re actually increasing the risk of heart disease and cancer. You really have to be very careful — I think this has the potential for very serious side effects — but then again, some people’s metabolism is geared towards it, and they can see stunning results.”

Bamford: “The Atkins concepts are great, and they’ve done some good things, like getting people to eat fewer carbs while eating out. But people don’t tend to sustain this diet, and the weight creeps back on. And there are some stages in the plan that don’t include enough carbohydrates. When you’re in ketosis from not eating enough carbs, your brain goes into crisis mode: Your heart’s beating, your lungs are breathing, but your brain doesn’t really care about your mood, for example.”