5 things women need to know about freezing their eggs

Facebook and Apple will cover the costs of employee egg freezing. But is this really the perk they should be offering? 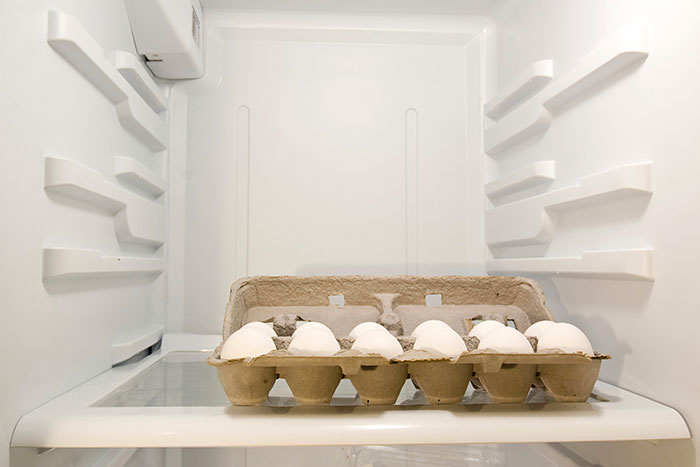 Your office might spring for the occasional box of Timbits, but Silicon Valley’s biggest companies have long offered its workers the most lavish perks: no-cost dry cleaning, nap pods, round-the-clock food. Now add egg freezing to that list — yesterday, news broke that this year, Facebook began covering the procedure for employees, and that in January, Apple will do the same. Since egg freezing is even sexier than free peanut M&Ms, plenty of media outlets picked up (and weighed in) on the story. Here’s a cheat sheet to what’s gone on:

This spring, the cover of Bloomberg Businessweek declared in pink capital letters: “Freeze your eggs, free your career!” Inside, the article encouraged women to imagine a world in which life isn’t dictated by a biological clock. For the good chunk of women struggling to balance a successful professional life with a fulfilling personal one, egg freezing seems to promise the luxury of time — time to chase a huge promotion, time to save (or joyfully spend) money, time not to settle for that tedious guy.

Since pressing pause on your biological clock is hugely seductive, it’s unsurprising that in Manhattan — first adopter of the soon-to-be-mainstream — women in their late 20s and 30s are actually attending egg-freezing parties. As Slate described last month, a company called Eggbanxx has been throwing open-bar events called “The Three Fs: Fun, Fertility, and Freezing,” where stylish reproductive endocrinologists insist that the procedure is simply “part of technology that exists to help us all, just like the iPad, just like Skype.” Attendees go home with a $500 voucher for Eggbanxx’s services and a swag bag filled with a mug, a pen, and (what else?) a Cadbury cream egg.

So is egg freezing just like Skype? Yes! Provided that Skype drops your calls 80 percent of the time. Success rates after three cycles of freezing and thawing — that’s one more cycle than Facebook and Apple’s $20,000 contribution would cover — are lower than Eggbanxx (and Businessweek) would suggest. The probability of a birth was 31.5 percent for women who froze their eggs at age 25, 25.9 percent at age 30, 19.3 percent at age 35, and 14.8 percent at age 40.

Generally, a woman makes it to about 35 years old before she begins to hear the thunderous ticking of her biological clock — and begins to attract intrusive questions from family about the status of her womb. The hitch is that this comes at least a decade after her eggs have hit their most freeze-worthiness, and once a woman reaches her 38th birthday, clinics like Toronto’s LifeQuest won’t perform elective freezing — the quality of the eggs, LifeQuest says, is too poor to justify the procedure. Another concern, as The New York Times notes, is that workplaces like Facebook and Apple “could be seen as paying women to put off pregnancy.” Egg freezing is nice, but so are perks like well-paid maternity leave, childcare, and flexible schedules — policies that can help women achieve a manageable work-life balance.

Just how hot is egg freezing right now? Hot enough that we’ve already reached the satirical tipping point. This afternoon, The Onion published an article with the headline “Facebook Offers To Freeze Female Employees Newborn Children.” We’re especially partial to the kicker: “Facebook also confirmed that the company would begin covering the costs of a procedure that involves freezing a female employee’s husband until he is emotionally prepared to be a father.”