What new mothers really want — and it's not your advice

New moms know that the world is full of people willing to share their opinions. In reality there's only one person's advice they really trust. 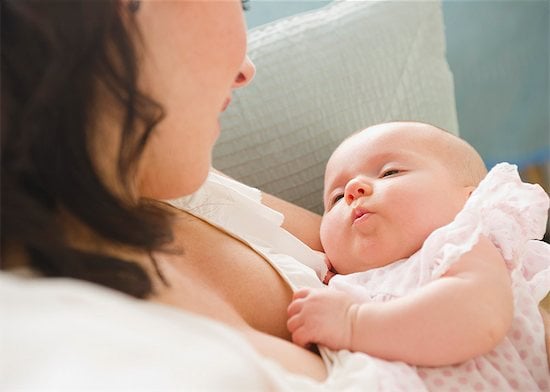 Motherhood is enjoying a slight uptick in its cachet levels with so many celebrities giving birth in the last few months — from Kim Kardashian to Jessica Simpson to Kate Middleton — having his baby has become downright fashionable.

Giving birth is a powerful and exciting experience regardless of social stature or public visibility. Being famous and wealthy carries some obvious advantages when it comes to raising kids, but nothing comes without a price. Most of us won’t need a personal hairdresser and makeup artist before our first appearance outside the delivery room, as in the case of Middleton, who was the subject of universal scrutiny and comment when she had her son a few weeks ago. Unwashed hair, sallow complexion and sweat pants wasn’t an option.

But what’s still to come? Advice. And plenty of it. Even the most humble among us must deal with the best intentions of mothers-in-law, friends and chatty strangers who relish informing young mothers about what they’re doing wrong.

Imagine having a whole world of people waiting to tell you what to do! Columnists, media personalities, pundits, parenting experts and the twitterverse, have already begun assailing the woman who would be Queen with advice.

Kelly Wallace of CNN, for example, composed a series of recommendations for Kate, which mostly stuck to the tried-and-true — sleep whenever possible, develop an appreciation for spit-up, encourage the baby’s father to chip in and learn to develop a tolerance for receiving advice.

Most new mothers, however, turn to the one person who knows them better than anyone and Kate Middleton is no exception.

She hopped in the car and headed straight into the arms of her mother.

It’s no real surprise we all want Mom. All you need to do is look in the mirror for the evidence that sometimes your mother might actually know what she’s doing.

Who was the person you leaned on most when your baby was born? Tell us in the comment section below.