What it feels like to live with undiagnosed autism

At 41, Anne Gingras learned she had autism, a neurological condition that can be detected in children as young as two. Now she has a new understanding of herself and her past. 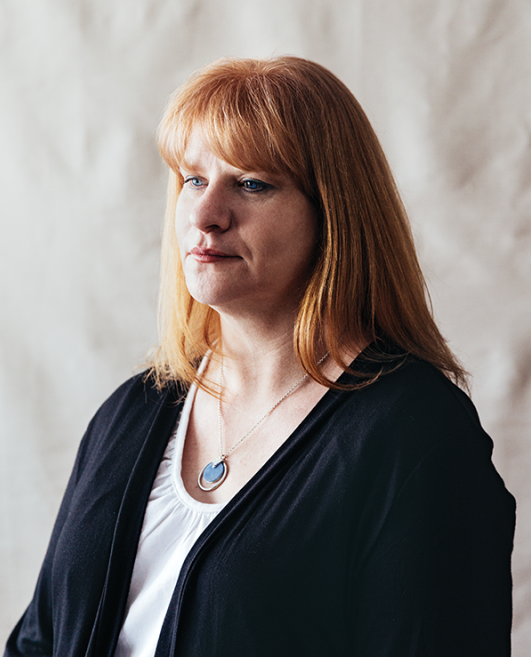 I never really fit in. I was the type of kid who, on a summer day, could watch the sprinkler go for hours — I liked looking at the water flow and seeing the different colours. One summer, I read about 30 books a week, and I remembered every detail. I found out around the age of 12 that not everyone did that.

In school, I was a top performer in some ways, but I couldn’t get basic math. Teachers would give me errands to run, so I’d never be in class. It dawned on me later that this was to get me out of the class because I was being troublesome. Socially, I was always included in groups, but I felt like I was on the outside. In high school, when people talked about their weekends, I wasn’t included. And not because I didn’t want to join in. I didn’t know how.

My differences didn’t concern me until I was about 21. As I started getting older, I would question: “Why do I do this?” “Why does that bother me?” I couldn’t understand how people could have fun where it’s loud and noisy, like at a concert or bar. I became a special education teacher, and I would sit in the classroom and count the flickers in the fluorescent lights. My husband, who doesn’t have autism, wondered why I would sometimes not talk for days or how, if I was really tired, my clothes would hurt me.

Around the time of my diagnosis, even though I was the autism resource person at a school board in North Bay, Ont., I never seriously thought I might be on the spectrum. But every measure that I put in place to help the kids also helped me cope with my anxiety, organizational and sensory issues. I went to a workshop where psychologist Isabelle Hénault was talking about the profile of women on the spectrum. All the [traits] she listed, I had. I went to see her and said, “I’m having trouble functioning sometimes.” For years I had wondered, “Is it just me or is it the others?” I wanted to put a word on it. Finally, I had an explanation for why I felt so out of place in my adult life.

For all the relief, I felt frustrated because society isn’t ready to handle adults with autism — especially not women. It is still diagnosed five times more often in men. A boy might lash out or throw things. But as a girl or a woman on the spectrum, you almost have to prove it so people take you seriously and make accommodations for you. You follow people around to blend in.

I’m very good at wearing a mask because I’m so old now. I’ve learned strategies so I know what to look like and how to act and what to say when I’m stressed out so it won’t show. People will say, “Oh, you’re fine” — meanwhile, I’m breaking down, and when I get home, I won’t speak for hours. I want people to know we are not faking our behaviours to get attention. We don’t want the attention.

Ironically, if I had known that I had autism when I was younger, I think it would have impeded my success. There is a stigma attached to the word, right? Some assume that you don’t like people or have no emotions — that you can’t do anything. I had to struggle on my own with no explanation, but I managed to get where I am.

Anne Gingras, 46, believes that if she had known while growing up that she had autism, it would have impeded her success. Photo, Reynard Li.

My son, who is 23, is also on the spectrum. He was officially diagnosed when he was four, but we started seeing signs at 18 months. I paid special attention to lighting and sounds and had fidget toys [for him]. I didn’t have that growing up, but I made it available to him. My parents always encouraged me to do what I was good at — playing piano and reading — but ignored the small things that bothered me, like food textures. My mom would force me to eat stuff I didn’t enjoy, like milk or liver or mashed potatoes. As my son was growing up, I didn’t force him because I knew how it felt.

Just a few years ago, we weren’t as [open-minded] as we are now. Instead of saying [a student] can’t do this, we now say, “These are his strengths, let’s work with that.” But we still have so far to go. When I speak to teens, I tell them I have my mom hat, my teacher hat and my peer hat. With the older ones, I tell them I’m speaking to them as a fellow Aspie. They want to talk to me because I know what they’re going through. If they’re looping [engaging in repetitive speech or behaviours] or the lights hurt their eyes or they can’t function, I get it. I get that every day.

Autism doesn’t define your personality; it just defines how you perceive the world around you. Everyone sees the world in their own way. You can have nice people with autism and you can have not-nice people with autism. Sometimes people put us all in one box — they say, “You have autism? You’re all the same.” Having autism has helped me look outside the box to explain what’s inside it.

Related:
How I survived after my husband left me
My deep dive into the world of float therapy
Celebrated dancer Misty Copeland on getting a Ballerina Body