Debunking The Keto Diet: Why The Crazy-Popular Diet Doesn’t Work

This restrictive diet deprives you of healthy carbs and can be seriously dangerous. Here’s what you should know. 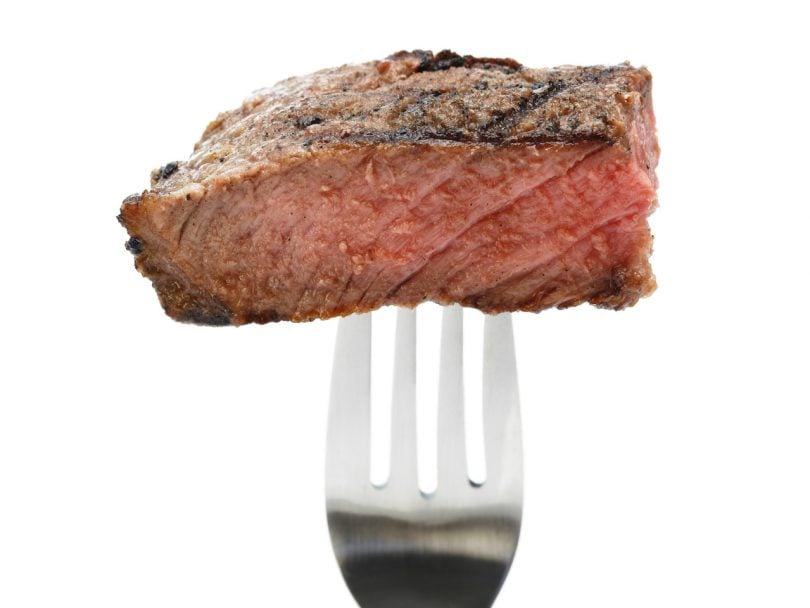 Do you know someone who’s “gone keto”? Don’t we all? Type “keto” into Amazon’s search and it spits out no less than 3,000 results just in the old fashioned books section. The crazy-popular low-carb, high-fat diet has celebrity devotees like Katie Couric, Halle Berry and Vinny Guadagnino, the Jersey Shore star whose Instagram bio reads: “Not a medical expert. Just a guido who went keto and never felt better.” Blaze, the LeBron James–backed pizza chain, recently launched a gluten-free Keto crust. Those Starbucks sous vide egg bites? Keto friendly. There’s even a Reddit group, KetoDrunk, where acolytes swap low-carb cocktail recipes that they claim taste good (no mean feat considering most booze and mixers are chock full of sugar). As far as new-fad diets go, it’s the big one…because some people can lose a dramatic amount of weight, relatively fast. Whether they can keep it off is another story.

Let’s break it down:

What is the keto diet?

It’s all about eating lots and lots of fat and little-to-no carbohydrates. Sugar, no way. Fruit, nope. Even some veg, like peas and corn, is off limits. The diet emphasizes meats, eggs, cheeses, fish, nuts, butter, oils, seeds and fibrous vegetables. Carbohydrates normally account for at least 50 percent of the typical Canadian diet. The keto diet instead demands you derive 90 percent of calories from fat, six percent from protein, and four percent from carbs. Because it is so restrictive, it’s challenging (not to mention expensive) to follow long term. Vancouver’s Dr. Ali Zentner, who specializes in obesity and metabolic medicine, says the keto diet is, behind all the marketing talk, simply another version of the Atkins diet. “It sounds sexier [than Atkins]. It speaks to a higher socio-economic status. People who do keto do yoga.”

The theory behind keto is that the diet tricks your body into burning fat for fuel, instead of sugar. Our cells prefer to use blood sugar, which comes from carbohydrates, as the body’s main source of energy. In the absence of circulating blood sugar from carbs, the body starts breaking down stored fat into molecules called ketone—this process is called ketosis. During ketosis, most cells will use ketone to generate energy. The shift usually happens over four days of eating fewer than 20 to 50 grams of carbohydrates per day. But this process is highly individualized—some people need a more restricted diet to start producing enough ketones.

“Everyone’s physiology and biochemistry is different,” says Dr. Zentner. Saying this diet, or any diet, will work like this for you is like “prescribing one chemotherapy for every cancer on the planet.” In a way, the keto diet seems easy—there’s a list of food to eat, and if it’s not on the list, don’t eat it. “But remember, you have to do it forever,” she says. “It’s like medication—if you stop taking your blood pressure pills, your blood pressure goes right back up.” And, more importantly, if there’s something wrong with your biochemistry that’s led to weight gain or obesity, following keto or any other diet plan will not fix the underlying problem, even if you (temporarily) shed pounds. “That’s a big misconception about weight regulation.”

The keto diet emphasizes protein and fat but doesn’t distinguish between lean protein food (like fish, lentils, eggs and nuts) and food that’s high in saturated fat or overly processed (bacon, sausage, beef, pork). Honestly, it’s easy and convenient to order a burger from your favourite take-out, minus the bun, and think you’re nailing the keto credo. And yet, a diet too high in animal protein, in study after study, has been associated with cardiovascular disease and some cancers. The keto diet can also lead to nutrient deficiency (say bye-bye to all the goodies from fruit, veg and grains like selenium, magnesium, phosphorus and vitamins B and C), liver problems (it’s hard work to metabolize all that fat) and kidney problems (the kidneys help metabolize protein, and the diet throws them into overdrive).

Is there anything good about it?

The diet was originally developed in the early 1920s by a Mayo Clinic doctor, Russell Wilder, as a way to reduce seizures in epileptic children, which it did, sometimes more effectively than medication. Because of the neuroprotective effects, theories have recently been posited about the possible benefits for brain disorders such as Parkinson’s, Alzheimer’s, MS and even brain cancer. But, and there’s a big but, there are No! Human! Studies! to support recommending ketosis to treat these conditions.

It’s helpful to remember the big picture: “The dieting world is an industry,” says Dr. Zentner, “and it has convinced a population of people, particularly women, that if we just eat a certain way and exercise enough we can have whatever body we want, and whatever health we want, which is a lie. And then the accompanying subliminal message is that if you didn’t achieve your goal, you weren’t working hard enough. What we’ve done as a society is to ask people to engage in [the equivalent of] prayer-based therapy to treat a multi-faceted, complex situation. And the keto diet happens to be the latest bible to read from.”