What Is A Migraine Attack? And How Do You Manage It?

Migraine is the leading cause of disability in people aged 15 to 49, yet this brain disease is often misunderstood and misdiagnosed. Here’s what you need to know. 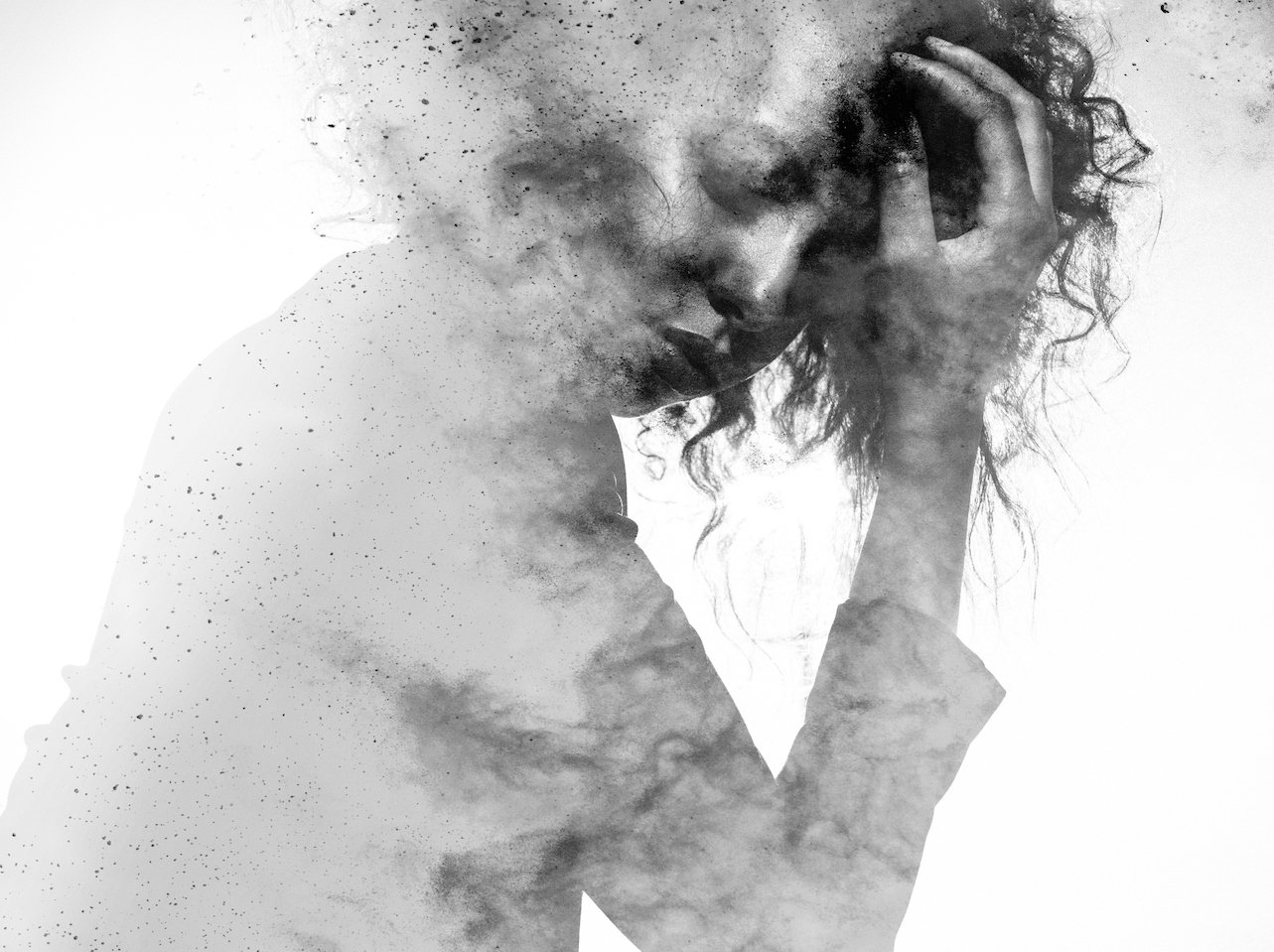 I was a teenager when I had my first migraine attack. I was sitting in my sunny living room and I started to see spots. Bright and iridescent, they gradually morphed into a swirling pattern that spread across the left side of my vision. I couldn’t see past it, and I had no idea what was happening to me.

The episode soon passed, but it was followed by a throbbing headache. My mom instantly recognized the signs of migraine—something she was all too familiar with.

Over the years, I had the odd migraine attack, but nothing I couldn’t manage with a nap and some ibuprofen. But after I had kids, my attacks increased, and I developed some concerning—and confusing—symptoms.

I became painfully sensitive to noise and had bouts of tinnitus (ringing in my ears), but ear exams showed nothing. I had dizzy spells and thought my thyroid medication needed adjusting, but my bloodwork was normal. I was often exhausted, but I blamed it on parenting. Ditto for my anxiety and depression, which were at an all-time high.

Then I started getting pins and needles in the side of my face, along with tingling in my arm, tightness in my chest, and heart palpitations. After two visits to the ER and a full cardiology workup, I was assured that my heart was healthy. I was relieved, but mystified. What was going on with me?

Eventually I started to see a pattern. These seemingly unrelated symptoms often happened simultaneously, or in quick succession. They were also predictable, appearing ahead of my period or the day before it rained. And they were often followed by a migraine headache. In every instance, I couldn’t feel better without retreating to a dark, quiet space to shut out the world.

As it turns out, all of these symptoms were linked to migraine.

What is migraine exactly?

A billion people worldwide suffer from migraine, a neurological disease that has no cure and defies treatment. People don’t get migraines, they have migraine: a genetic condition that makes the brain hypersensitive to various stimuli, which can in turn trigger an attack. Common triggers are stress, a lack of sleep, hormones, and a drop in barometric pressure. People can also be triggered by red wine, chocolate, and too much caffeine.

Migraine is characterized by recurrent attacks, which can last for days. An attack can cause various symptoms, including nausea, visual disturbances, mood changes, and fatigue. It often involves a throbbing headache, typically on one side of the head. Some episodes are manageable with rest and over-the-counter medications, while others are so severe they send people to the emergency room.

What are the symptoms of a migraine?

A migraine attack happens in stages and lasts from a few hours to several days. The symptoms vary depending on the stage:

Prodrome: This early stage can include a host of symptoms: fatigue, uncontrollable yawning, insomnia, nausea, gastrointestinal upset, neck stiffness, food cravings, tinnitus, and sensitivity to light and sound. Anxiety and depression are also common. The prodrome is the best time to treat a migraine attack, but it can be hard to pinpoint since many of the symptoms can be caused by other issues.

Aura: Roughly a quarter of migraineurs experience aura. It can start with spots in the visual field, which gradually spread—usually on one side. People describe seeing shimmering lights, geometric patterns, and zigzag lines. Aura can be particularly alarming—especially if you’re in public—because it blocks your vision. Some people also experience sensory phenomena like a tingling hand or arm. This phase lasts from five minutes to an hour and usually precedes the headache, but the two can happen simultaneously.

Headache: A migraine headache is typically a throbbing pain on one side of the head, which sometimes spreads to other areas. The headache can also be accompanied by nausea, vomiting, insomnia, anxiety, and sensitivity to light, sound, and smell. This phase lasts from four to 72 hours. While this is the most well-known symptom, some people don’t experience the headache phase at all, or not with every attack.

Postdrome: Dubbed a “migraine hangover,” the postdrome is characterized by fatigue, body aches, dizziness, trouble concentrating, and sensitivity to light. The postdrome can be just as disabling as the previous stages: some people even lose the ability to read or remember words. Around 80 percent of migraineurs experience the postdrome, and it can last a day or two.

How disabling is migraine?

Migraine is the world’s third most common ailment and the leading cause of disability in those aged 15 to 49.

“In the peak productive years of most people’s lives and careers, this is the most disabling condition,” says Dr. Christine Lay, a Professor of Neurology and the founding director of the Headache Program at the University of Toronto.

Three times as many women as men suffer from migraine. Our migraines also last longer, happen more often, and are more intense. More women experience nausea, aura, and sensitivity to light and sound.

Despite being such a common and disabling disease, migraine is sorely misunderstood—even by physicians. According to Lay, close to 50 percent of patients with migraine are misdiagnosed; they are often told they have a tension or vascular headache and don’t receive appropriate treatment. Among those who are accurately diagnosed, half are given the wrong therapy—or their treatment isn’t adjusted when it needs to be. She says it’s critical for doctors to be educated about the disorder.

“In medical school, the average doctor will receive only four to six hours of teaching in headache,” says Lay, “Yet migraine is one of the most disabling health conditions.”

Misconceptions about migraine abound. People often think migraine is “just a headache,” or don’t believe it’s so disabling. They don’t understand how migraine can affect one person differently than another, or how one attack can be manageable and another can be debilitating. And because migraine attacks are interspersed within periods of good health, it’s hard to grasp how someone can be fine one day and in turmoil the next.

Because of this misunderstanding, migraineurs often lack the support and empathy they need.

As a result, people try to power through their migraine attacks. But migraine can make it impossible to get work done—and causes an even greater loss of productivity than calling in sick.

Dr. Sian Lacey, the director of the UBC Headache Clinic and UBC Neurogenetics Clinic, says one of the reasons migraine is so misunderstood—and underfunded—is that it is an invisible disability.

“So although it causes significant disability,” says Lacey, “Because one cannot see it, it’s underappreciated in terms of its impact economically and socially.”

What role do hormones play in migraine?

Before age 10, boys and girls are equally affected by migraine. After puberty, however, the rate of migraine increases dramatically in girls. By the age of 17, migraine affects eight percent of boys and 23 percent of girls. We can thank the relationship between estrogen and migraine.

For many women, migraine attacks worsen—or happen for the first time—during the hormonal rollercoaster of perimenopause. They might diminish after menopause, but that transition can take years.

“During that time, women can feel much worse,” says Lay. “So they really need to be actively seeking out treatment that works and not just waiting it out until menopause.”

How is migraine diagnosed and treated?

“Usually the first step is to see your family physician,” says Lacey. If your doctor isn’t familiar with migraine therapies, or if you have chronic migraine, you may be referred to a neurologist.

Because there are no biological markers for migraine, it can’t be detected with blood work or imaging; physicians diagnose migraine by evaluating symptoms such as auras, motor weakness, vertigo and vomiting according to the International Headache Disorders Classification. Once you’ve been diagnosed, your physician will start you on a treatment plan.

A healthy lifestyle is key to managing migraine. Lacey recommends consistency: going to bed and waking up at the same time every day, eating meals every four hours (including breakfast), and exercising regularly. You should drink plenty of water and avoid alcohol, sugary drinks, and excess caffeine. And since stress can be a huge trigger, it’s important to learn healthy ways to manage stress.

Your physician can recommend vitamins and minerals that have been shown to help prevent migraine attacks. (My doctor suggested magnesium citrate, riboflavin, and coenzyme q10.)They will also advise you on the use of over-the-counter anti-inflammatories like ibuprofen and naproxen to manage pain.

Depending on how frequent and severe your attacks are, you may be prescribed an acute treatment (for stopping a migraine) or a preventative treatment (for reducing the frequency and severity of attacks). Acute treatments need to be taken at the onset of migraine symptoms to be effective, and they shouldn’t be taken too often—or you risk developing a rebound headache. Preventative treatments are taken daily. Some of these drugs can interact with other medications or exacerbate certain health conditions, so your treatment will depend on your medical history.

If you don’t see an improvement after two attempts at oral medication (and lifestyle modifications), you become eligible for calcitonin gene-related peptide (CGRP) monoclonal antibody injections. Injected once a month, this medication has been shown to reduce the number, severity, and length of migraine attacks.

Or at this stage you can try Botox, which is effective in reducing migraine symptoms. Botox is injected every 10 to 12 weeks by a physician trained in the headache protocol. There are over 30 injection sites across the forehead, between the eyebrows, the temples, the back of the head, the neck, and the shoulders.

Besides pharmaceuticals, there are several alternative therapies. Some people find aromatherapy helpful—in particular, peppermint essential oil. Others get relief from acupuncture, especially when it comes to the neck and shoulder pain caused by migraine.

There are also some products on the market that show promise. Cefaly is a device worn on the forehead that delivers electrical impulses to the nerve center where a migraine attack starts. It has been shown to help reduce or eliminate migraine symptoms. If you experience nausea during migraine attacks, you can try Reliefband, which delivers electrical pulses to part of the brain that controls nausea. And if you are triggered by light, you can purchase blue light glasses, made with a special FL-41 tint that blocks problematic wavelengths of blue light. FL-41 coating can be added to any lenses when you are purchasing glasses. Or you can buy blue light glasses from Avulux, TheraSpecs, SomniLight, and Axon Optics.

The road to migraine freedom

No two people experience migraine—or respond to therapy—the same way. A pill that helps one person may do nothing for another, and preventative treatment can take months to work.

You may have to try several medications to find one (or a combination) that works for you.

I am at the beginning of that journey. I’ve adjusted my lifestyle, I take supplements, I keep a migraine journal, and I have a prescription on hand. Now that I recognize the early symptoms of a migraine attack, I know when to avoid triggers, get extra rest, and take my medication. If I’m lucky, I can nip it in the bud.

For me, understanding my condition is half the battle. I’m not constantly wondering what is wrong with me, or whether it’s all in my mind. When an attack comes on, I can explain why I’m not myself. I don’t feel as guilty about taking it easy or asking for support. And most importantly, I know I’m not alone.