What if you had an unknown illness?

Here is one woman's story who battled a life-threatening superbug 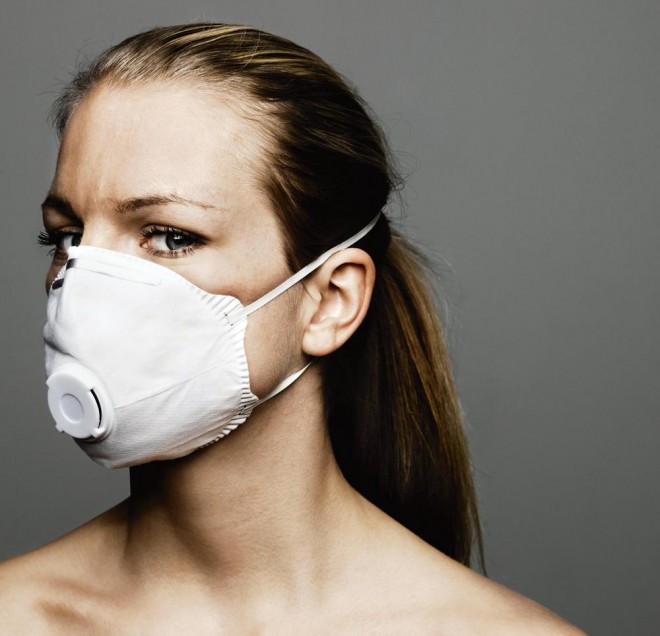 Leslie Carter was the picture of health: A triathlete and avid skier, the mother of two easily balanced her family life and active personal pursuits with a busy career as a marketing exec. But on April 27, 2009 — at the beginning of the H1N1 panic — Leslie embarked on what would become a nightmare medical journey. She had returned to Toronto early that morning from a family trip in Florida. “I could feel something was off,” she recalls, “but I just assumed it was from being up so early for the flight.” She called in sick to work the next day, but was feeling better by the afternoon.

Two days later she returned to the airport to catch a plane to Windsor, Ont., for business. She recalls feeling unusually tired. “All I could think about was curling up on the floor and going back to sleep,” she says. “This was really odd. I’m a morning person. If anything, I wake up to run at 5 a.m.” It didn’t dawn on her to cancel her travel plans or see a doctor. She was just one of those people who never got sick.

When Leslie got off the plane in Windsor, she was shivering. “I knew I was in trouble when the cabbie taking me to my hotel said, ‘Lady, you’re as white as can be. You’re just shaking.’” Somehow she made it to her room (with one pit stop to be sick in the lobby bathroom) and crawled right into bed. “I was shivering and sweating so much I soaked the sheets,” she says. That night, two nurses from the hotel’s medical team came to see her and thought she was on the road to recovery (sweating usually indicates a breaking fever). But then Leslie started feeling achy. Her ribs in particular were sore, and she felt like she had been punched in the chest.

The next morning, the hotel doctor came to see her. He took her temperature, listened to her chest and said, “I’m calling an ambulance. I can barely hear anything. Your lungs sound like they’re full of fluid.” When Leslie arrived at the hospital, she was greeted by staff in masks and full protective gear. H1N1 was on everyone’s mind. They examined her and determined she had double pneumonia and kidney failure, from lack of f uids after vomiting and sweating so much. She was put on a catheter, oxygen, rehydration fluids and an IV of antibiotics, which they thought would clear up the pneumonia within a couple of days. And since they suspected she was suffering from H1N1, they gave Tamiflu and put her in isolation.

After two days, there was no improvement. Her husband and mother came to see her and badgered her doctors and nurses, but no one could give them answers. Leslie’s fever kept returning, hitting 105, and she still needed oxygen. The antibiotics weren’t working, so they tried different ones. The entire time, Leslie was in bed and barely able to function.

Then she contracted what every hospital inpatient fears: a superbug. “Superbugs are nasty bacteria that are either drug resistant or exceptionally virulent, or both,” says Michael Gardam, director of infection prevention and control at the University Health Network in Toronto. He’s quick to add: “Superbug is not a medical term. It’s a term the media created. But we use the term in the medical field too.”

Leslie had contracted C. diffcile. Some strains of it have a toxin that causes extreme illness, including severe diarrhea. It can create holes in the large-intestine walls, resulting in infection of the abdominal cavity, which can then lead to an infection of the bloodstream. For the immune compromised —the elderly or the weak—it can spell death. Even in healthy people, it can progress quickly if not treated and can lead to death.

Typically, people catch superbugs when they’re in hospitals for other ailments; weakened immune systems are ripe breeding grounds for opportunistic bacteria that live on healthcare workers’ hands or on hospital surfaces (like towels, blankets and sheets) and spread quickly. Recently, hospitals have begun to take superbug outbreaks more seriously; part of Gardam’s job is to lead and train teams in managing outbreaks. “It used to be that a secondary infection was considered part of the cost of doing business,” he says. “Now we’re starting to realize, ‘No, it’s not.’ Which isn’t to say that all secondary infections are avoidable. But we can cut those numbers substantially.”

Luckily, Leslie finally responded to one of the antibiotics that the hospital used to treat the C. difficile. But her original symptoms still showed no improvement after a week. Tests for H1N1 came back negative, yet the infection in her lungs wouldn’t go away. The doctors put her on an IV of vancomycin, one of the strongest antibiotics available, which finally started to kill whatever bug was causing the pneumonia. Her fever stayed down and she was weaned off the oxygen. She’d been in isolation for 10 days and away from her family for 11 when her brother came to visit. Leslie had had enough. She started to fuss about leaving. “I remember causing a stink and demanding to see the doctor in charge. I was getting very bitchy,” says Leslie, “which I guess was a sign that I was getting better.” Against the doctor’s orders, she left the hospital. In total, it took almost two weeks in the hospital and almost three additional weeks of in-home recovery before Leslie could make it back to work. She had to return to emergency once during that time. When she felt better, Leslie tried to find out what had happened to her, and went for myriad blood tests. But no one could ever tell her what had caused her illness.

Allison McGeer, director of infection control at Mount Sinai Hospital in Toronto, says that it’s not uncommon for severe pneumonia like that to take time to react to medication and remain unidentified. “Because the infection is in the lungs, you very frequently don’t know what’s causing it. Most of us don’t think that serious infections happen to people anymore, but they do.” Health Canada says over 4,000 Canadians die each year from pneumonia related to the flu or other infections. That Leslie was in such great shape makes her story all the more striking; a healthy lifestyle and balanced diet are usually identified as the best defence against serious illness. At the same time, it’s very likely it was her excellent condition that allowed her to weather double pneumonia, kidney failure and C. difficile and escape serious or lasting effects.

Today, she’s back to competing in triathlons, swimming three times a week, running every other day and skiing in the winter. “For about six months after my hospital stay, I was pretty obsessive about washing my hands all the time, and I bought gallons of hand sanitizer,” she says. But as time has gone on, she’s gotten less paranoid. Now she takes a lot more vitamin C than she used to. Even though she’s not sure of its benefits for immunity, it makes her feel better. She hasn’t gotten sick since the time in Windsor. She’s grateful to be healthy and continues to keep up her active lifestyle.

The four most common superbugs

1. C. difficile can be treated with antibiotics, such as vancomycin, and experimental forms of therapy. Some strains of it have a toxin that causes extreme illness and could lead to death.

2. MRSA is caused by staphylococcus bacteria, found on the skin and in the noses of most healthy people. It is resistant to most antibiotics, and a case can range from minor to life-threatening. MRSA can be spread by anything that touches the infected area, including towels and blankets. It can also be spread in public places like gyms, not just in hospitals.

3. VRE is a highly drug-resistant hospital-borne bacterium that exists in our bodies but can sometimes infect the gut and urinary tract. It’s not as virulent as C. difficile or MRSA at its worst. It lives on surfaces and unwashed hands and can be treated with linezolid, a very strong antibiotic with nasty side effects including diarrhea, cramps and fever.

4. NDM-1 is relatively new to the scene and falls into a different category, says Gardam. “It’s the latest in a long line of super-drug-resistant enzymes that turn bacteria like E. coli into drug-blocking superbugs. The bigger story is that it’s being picked up in communities more often than in hospitals. And a lot of these enzymes are developing from animals pumped full of drug-resistant antibiotics.”