What do your purchases say about how happy you are? 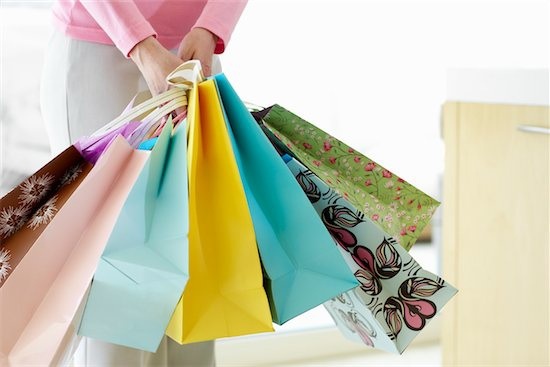 According to a recent study reported by Tim Murphy in The New York Times – I Buy, Therefore I Am (Unless I Return It) – how you spend your money says a lot about how happy you are with your life. The study, by San Francisco State University, found that people who spend their money on experiences, including pricey meals and trips to Mexico City, are more extroverted, more adventurous and happier than those who spend their money on material things, like an expensive pair of red-soled shoes or a new couch for the living room. The study even found that experiential buyers are more likable and have less anxiety than people who spend their money on pretty things. Experiential buyers were also perceived as more charismatic than materialistic buyers, who were perceived as more shallow.

The results make sense, non? If you’re focused on beautiful, largely exterior things then you’re more focused on both the superficial and more likely concerned with projecting an image of success. And concerns about how you’re perceived, and behaving according to an intended image, will always be a much more hollow experience than just going and doing and being in the world.

The results of this study, for me, hit home in a big way. One one hand, I like nice things and I like the idea of having a nice place to put them in. But I also love my semi-nomadic life, where I sometimes can’t remember where to buy envelopes in my own Toronto neighbourhood but I can tell you where to get the best kubbeh soup in Jerusalem. I can distinctly remember lying on a beautiful new couch at Style Garage last spring and realizing that the same $2,000 would also buy me a month in Paris. And off I went.

But I worry sometimes that as I get older, the nice couch gets more appealing. Maybe I’m just susceptible to cultural messaging – buy, buy, buy! – or maybe I just know that I’ll need somewhere to sit when I finally rub all of the velour off the couch I’ve had since second-year university. But I’m really trying to keep studies like this in mind. The other day, on a drive through the rocky terraces of the Jordan Valley on the way from Ramallah to Jericho, I realized that I had never seen anything quite like it before in my life – and that seeing it in person will always beat watching it on television, even if I’m sitting on a very nice couch.