You're fired! Why losing your job isn't always a bad thing

Sara Gruen, author of the bestseller Water for Elephants, went from being fired to following her dreams 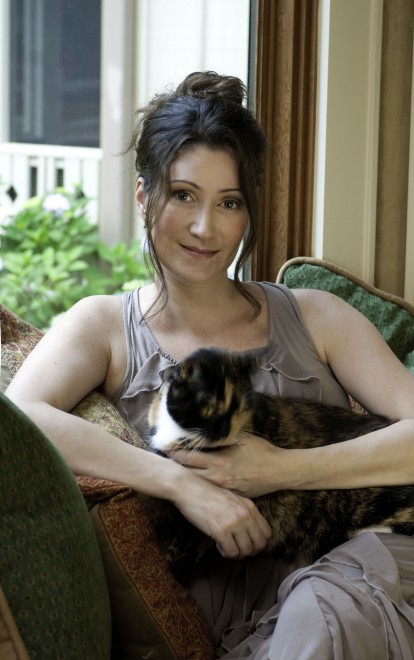 I had about an hour’s warning that my job was on the chopping block, which is more than anyone else got. Although I lived outside of Chicago, I was working for the Danish division of a multinational statistical-software company, and a fellow from the British office — a friend of my husband, Bob, and the boyfriend of the woman who was going to lay me off — heard about it and called Bob, who called me.

And so I waited.

I had been writing software manuals and online help systems for almost 10 years. I was happy enough doing it, although my dream had always been to write fiction. I studied English literature with that plan in mind, but when I graduated, I found myself with a degree in English and a baby on the way and in desperate need of a job. I wormed my way into the software industry by sending out a thousand resumés and refusing to take no for an answer. And I liked it. It wasn’t fiction (or, rather, not always), but at least I’d figured out a way of writing for a living.

Our company had been through several rounds of layoffs already, and there were rumours of more on the way, but I tried not to think about it. If anything, I cloaked myself in bravado — I was extremely productive, had never had anything but glowing performance reviews, et cetera, et cetera. Mostly, there was no point in thinking about it, because there was nothing I could do to prevent it.

I don’t remember the exact conversation, although it was clear that I was being laid off, effective immediately. Stupidly, I burst into tears, even though I knew it was coming. I later discovered that two-thirds of my division had been axed. (Whoever came up with the euphemism ‘being laid off’ should be shot. ‘Being axed’ is a more accurate description of how it feels to the person on the receiving end.)

I’ll admit I moped as I updated my resumé. In fact, I sulked and I sighed and I grumbled — louder and louder — about how the longer I’d been with any company, the closer my cubicle got to a window, so wherever I ended up, I was going to be back beside the elevator. After about a week, my husband came up with a proposal. We had long talked about my retiring early to write fiction, so why not do it now? “Can we?” I asked with astonishment. Bob crunched the numbers and decided that we could give it two years or two books, and that if I hadn’t replaced my technical-writing income by then, I’d go sheepishly back into a cubicle with some kind of potted bog plant that required no sunlight. Essentially, we held hands and jumped into the abyss.

Sniffling into the phone the day I lost my job, I never would have believed it was the impetus I needed to pursue my dream. I haven’t quite forgiven the corporate heavy who laid me off (my boss apparently wasn’t brave enough to do it herself, and delegated the task), but I’m forever grateful that it happened.

Sara Gruen’s most recent novel, Ape House, was published last year. The film of her 2006 bestseller, Water for Elephants, will be released in April.