From colds to cholesterol: Why you need healthy bacteria

Boost immunity and eliminate belly fat with the help of a few billion healthy bacteria a day. 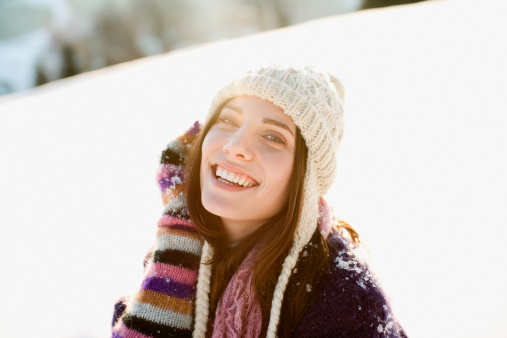 These days we’re constantly bombarded by commercial messages urging us to fight germs and rid ourselves of bacteria. But in the right places and amounts, bacteria are actually very valuable to our health and wellness. Under normal circumstances, friendly bacteria found in our digestive system live with us in symbiotic harmony, but factors such as poor diet and medications such as birth control pills, antibiotics and corticosteroids, can upset this balance and lead to a host of difficulties. We now know these live microorganisms are cancer-protective, immune-enhancing, and anti-inflammatory. Here are six great reasons to take them daily:

1. Relief of digestive system upset
All types of digestive symptoms including diarrhea, adverse reactions to antibiotic therapy, constipation and food poisoning can be relieved by probiotics. Probiotics reduced the risk of antibiotic-associated diarrhea by 42 percent, in an analysis of 82 studies published in Journal of the American Medical Association. Another study found that they prevented and treated constipation during pregnancy. In fact, bowel movements increased more than doubled on average.

2. Lower cholesterol levels
Anything that improves digestion, including how you absorb and utilize nutrients, can have a powerful impact on your health – not withstanding your cholesterol levels. Daily doses of a probiotic (lactobacillus reuteri) lowered key cholesterol-bearing molecules in the blood as well as bad and total cholesterol, in a study presented at the American Heart Association’s Scientific Sessions 2012.

The study involved 127 adult patients with high cholesterol. About half the participants took a probiotic twice a day, while the rest were given placebo capsules. After nine weeks, the supplementing group had their levels of LDL (bad cholesterol) lower by 11.6 percent, while cholesterol esters were reduced by 6.3 percent and cholesterol ester saturated fatty acids by 8.8 percent. The study results suggest that the probiotic broke apart bile salts, which led to reduced cholesterol absorption in the gut.

3. Beat belly fat and lighten up
It’s true. Research completed at the Department of Genomic Sciences at the University of Washington found increased fat storage in rats that lacked probiotics. The correct balance of intestinal flora seems to limit fat storage by repressing the expression of a protein called fasting-induced adipocyte factor.

A study presented at 2009’s European Congress on Obesity, from the University of Turku, suggest that women taking probiotics during the first trimester of pregnancy are less likely to experience obesity. Known as adiposity, this pregnancy-associated condition is one of the unhealthiest forms of obesity.

4. Boost your immune system
If you’ve spent the bulk of the season fighting colds and viruses, you may want to build your immunity with probiotics. One group of researchers looked at college students – a great group to pick since they’re often sleep-deprived, stressed, living in close quarters and therefore particularly vulnerable to colds. The study found that while all students caught colds at roughly the same rate, the students who took the probiotic supplementation experienced colds that were two days shorter (four days versus six), symptoms that were 34 percent less severe and a higher quality of life that resulted in fewer missed school days (15 versus the 34 missed by students taking the placebo).

5. Protect your gut against stress
For anyone with a sensitive tummy, it’s of no surprise that a bit of stress can throw your digestion into a frenzy with diarrhea or stop it in its tracks, leaving you constipated for days. Probiotics may help to reduce gut symptoms caused by long term stress, according to a study in the journal Gut. Chronic stress is known to be implicated in the development of irritable bowel syndrome and in the worsening of symptoms of inflammatory bowel disease, such as Crohn’s disease and ulcerative colitis. After all, your stomach isn’t called the “second brain” for nothing — where stress goes, it follows. Probiotics can help.

7. Are all probiotics made equal?
Staring at the probiotic selection in any health food store can be an overwhelming task. After all, is more better? For most of my patients I recommend a probiotic with 10-15 billion CFUs (colony-forming units) per capsule, taken each morning upon rising and before bed on an empty stomach. However, some gut conditions require you to switch up your bacterial defense in the short term. The chart below will help.

I recommend consulting with a health practitioner if you’re uncertain as to which one is best for your particular condition. Be sure to follow any course of antibiotics with supplements of acidophilus for double the length of time you took the antibiotics.

Natasha Turner, N.D. is a naturopathic doctor, Chatelaine magazine columnist, and author of the bestselling books The Hormone Diet and The Supercharged Hormone Diet. Her newest release, The Carb Sensitivity Program, is available across Canada. She’s also the founder of the Toronto-based Clear Medicine Wellness Boutique. For more wellness advice from Natasha Turner, click here.