Do you have a dysfunctional relationship with food?

If you're someone who can't seem to lose weight, it may be time to rethink your strategy and get off the merry-go-round once and for all. 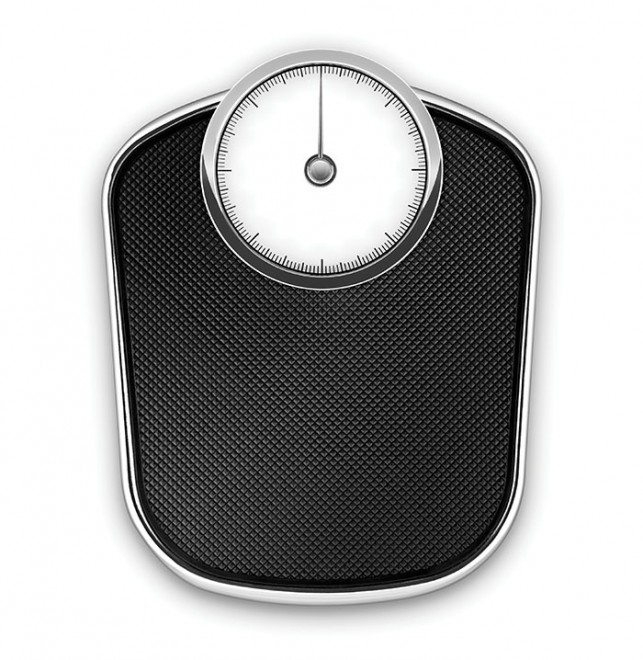 The first thing I ever learned about weight loss is still my saving grace. (And, for the record, more than a few years have passed since I first stepped on the scales at Weight Watchers in my 20s.) That initial tip? Don’t add sugar to your food or drink. At the time, I was a double-double girl with a penchant for sugaring my cereal.

The change required some tweaking, but nothing too intensive: I switched out coffee for herbal teas and added berries to my cereal. The adjustment took about a month. Now I can’t imagine adding the white stuff to anything — even coffee, which I now drink bold and black. Over the years, it’s saved me countless calories and, ultimately, pounds.

There’s nothing really magical about my story: It worked because it was doable over the long haul. According to Dr. Yoni Freedhoff, author of The Diet Fix: Why Diets Fail and How to Make Yours Work, the trick to successful weight loss is to avoid protracted sacrifice. “We can suffer our way down the scale and there are lots of different ways to do it,” he says. “But if you lose weight with suffering, it comes back.” The reality is, if all we’re taught about weight loss and, more importantly, weight maintenance is that it involves perpetual misery, we won’t have success.

We need to wrap our heads around the idea of finding a big-picture, doable diet — and soon. Obesity rates in Canada nearly tripled between 1985 and 2011, according to a new study from Memorial University in St. John’s. It’s part of a growing phenomenon: Worldwide there are now two billion people battling the bulge — that’s nearly a third of the earth’s population.

This is an issue bigger than simply fitting into a pair of skinny jeans. It’s about our health. Obesity is linked to diabetes, heart disease, elevated blood pressure and stroke — diseases that are growing in prevalence and striking women at younger and younger ages. Dr. Joey Shulman, nutritionist and owner of Shulman Weight Loss Clinic in Toronto, now sees teenagers coming into her clinic with type 2 diabetes — a condition once referred to as adult-onset diabetes because it affected only older people. As with so many health-related issues, the longer we wait to get a handle on our weight, the more damage we cause. “From your 40s on, that’s when the rubber hits the road,” she says. “For every five pounds or inch that you carry around your waistline, you increase your risk factors.”

There are a variety of theories linked to our expanding waistlines, but many experts concur on a key point: We have developed a dysfunctional relationship with food. For starters, many of us have lost sight of the basic fact that food is fuel. Intuitively, we know that what we eat powers our bodies, says Shulman, but as our day wears on, our good sense wears off. We start with good intentions, but we are so busy juggling roles and looking after others’ needs that we knock ourselves to the bottom of every list. “Stress gets elevated, and women get tired and make quick convenience choices,” she says. “That’s when they grab the high-caloric, high-sugar foods.” And it’s this very thing, end-of-day eating, that is problematic. The choices we make from 3 p.m. on can make it or break it for weight loss, says Shulman, citing a 2013 Israeli study published in the Journal of Obesity. Researchers found that people who ate 40 percent of their daily calories before 3 p.m. lost more weight and were at less risk for diabetes than people who ate more later in the day.

It’s not that women are weak and can’t control their cravings; rather it’s that the food choices we make under duress knock our blood sugar out of control, creating more cravings and putting our bodies into fat-storage mode. The cycle is as vicious as it sounds. Add hunger into the mix and the battle becomes epic. Simply put, the hungrier we get, the less control we have over our decision making, says Freedhoff. If we shop hungry, we make poorer nutritional choices, whether we’re shopping the grocery aisle, the kitchen fridge or the restaurant menu.

For women, bad food choices add up more quickly than they do for men, given that we are neither as tall nor as muscular. These are two significant strikes against us when it comes to burning calories in a world that is constantly pushing them our way, and one reason weight has become such a women’s issue. “There is no ‘this tall’ sign at the front of restaurants when you go in with your six-foot-tall linebacker son,” says Freedhoff. “If you order the same meal, you’re getting the same calories.”

For those with impulsive personalities, the challenge to step away from the candy aisle is even more difficult. According to Dr. Alain Dagher, a neurologist who specializes in appetitive behaviours at the Montreal Neurological Institute, impulsive people respond more aggressively to potential rewards, and high-calorie, tasty food falls easily into that category. “You’re activated by the possibility of obtaining that reward.” And of course, we’ve never had such easy or ample access to processed, sugary foods. Wherever our day takes us, shiny sweet treats await: the office, the gas station, the pharmacy, the gym. We don’t even have to leave home to satisfy our desires — one simple call to our local pizzeria gets a hot pie to our door in 30 minutes or less.

All of this adds up to a very different, and heavier, world from the one our grandparents knew, where food was prepared fresh and eating out was a rarity, not the norm. “I don’t think we’re seeing an epidemic loss of willpower over the past 100 years; I think it’s that the world itself has changed,” says Freedhoff.

A diet without dieting

So how do we navigate this new world order, while finding ways to lose weight and then keep it off? Many women turn first to fad diets — the promise of a quick fix appeals to our instant-gratification mindset. Unfortunately, there is rarely a happily-ever-after with these trendy diets, because they come with strict rules that require sacrifice, bringing us right back to the square root of failure: suffering.

That’s not to paint all diets with the same brush. Some programs, like Weight Watchers, may be helpful, says Freedhoff, although a lot rides on who is leading the group and on the messages being disseminated. “Risk usually stems from how points [the system Weight Watchers uses to measure food intake] are used and the attitudes cultivated. Folks who save points to the end of the day may often end up struggling with hunger, cravings and control, and those who feel that weight loss should be a straight line, with losses every week, and with some final target in mind, can often find themselves disappointed.”

With or without the aid of a diet program, there’s only one tenable solution for change, and it requires a shift in attitude, says Timothy Caulfield, author of The Cure for Everything: Untangling the Twisted Messages about Health, Fitness and Happiness. “You don’t want a diet, you want a lifestyle.” A lifestyle where the focus is on mindfulness, a technique that will help you control your eating, even when your day has gone to hell. (Mindful eating includes planning healthy meal options ahead of time, dining without distraction — i.e., without screens — and focusing your attention on every bite.) With a bit of practice, anyone can develop a thoughtful and reasonable approach to healthy living that will begin to feel like second nature, rather than sacrifice. The easiest and most significant way to introduce change into your diet is to make real, unpackaged foods your automatic choice, he says.

Keeping concepts simple is vital to this rethink. When things get complicated, people tend to bail, says Caulfield, citing a 2012 food and health survey from the International Food Information Council that shows people find it easier to do their taxes than to live more healthily. His suggestion for an easy solution is to follow the My Plate approach touted by the United States Department of Agriculture (USDA). The concept is as plain as they come: Think of your day as a plate of food. The USDA lays it out this way: 25 percent fruit, 25 percent veg, 25 percent grain, 25 percent protein, plus three cups of dairy.

But Freedhoff is wary of relying strictly on government-issued initiatives, even Canada’s Food Guide. “The food guide is an arm of government, and government’s job is to satisfy a lot of stakeholders, including industry.” Additionally, he believes our food guide focuses too broadly on fulfilling nutrient requirements (such as the number of servings you should have of a food) rather than healthy eating in general. There is currently no consideration of mindful consumption, which includes understanding dietary patterns and the types of food being chosen. “The food guide does not differentiate between the qualities of the food in its various categories,” he says. “So it doesn’t steer you to healthier sources of protein, or fats or grains; it just lumps everything all together.”

But most disturbing is that following the food guide might actually lead to weight gain, he says, given that it doesn’t calculate calories properly. That’s due, in part, to the fact that our food guide was created with data from 1997. Back then, a slice of bread was about 65 calories, whereas today’s versions come in around 100 calories or more. Over the course of a year, that translates to an additional 11.5 pounds due to calories not being accounted for.

Freedhoff says we might be better off looking to newer food-guide models, such as the one Brazil recently issued, where mindful messaging about healthy eating comes to the fore: Eat and cook as a family; be skeptical of the food industry; minimize the consumption of processed foods; and eat out less often.

These ideas may not offer the glamour of a fast fix, but they do have the allure of sustainable success. They remind me of another bit of advice I got all those years ago at Weight Watchers that has served me well: Pounds don’t magically appear overnight, nor will they disappear that way. Commit to the journey; it’s worth the weight.