Got a crazy example of sexism? Here's where to share it

Suffer in silence no more. A new site encourages women to write about the sexist comments they encounter on a daily basis. 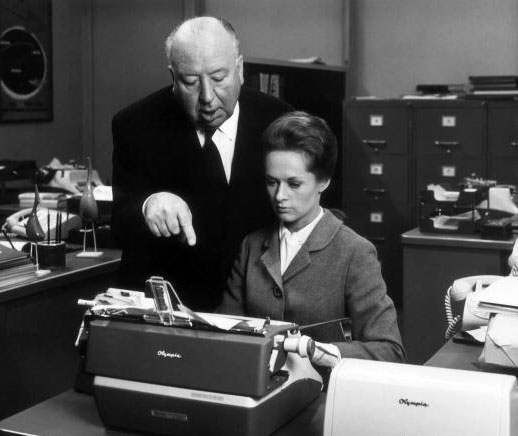 1964: Alfred Hitchcock directs Tippi Hedren on the set of his film, ‘Marnie’. (Photo by Hulton Archive/Getty Images). Hitchcock has received a lot of flack for his poor treatment of the women in his life and movies.

You may not have heard of the Everyday Sexism Project, but many will be all-too-familiar with its frustrating, offensive and occasionally LOL-inducing contents.

The U.K.-based Twitter page and website (@everydaysexism) was started by 26-year-old Laura Bates. The point of the project: to give women from around the world a place to record and share incidences of sexism or sexual harassment — basically all the ‘roll-your-eyes and clench-your-jaw’ comments that come as a result of being born with breasts.

Incidents recorded for posterity range from the cliché construction site wolfwhistle/barrage of boobcentric callouts, to the generally offensive comments of colleagues and strangers, to more serious crimes such as being groped or pinched.

The Daily Telegraph recently reported that one woman in the U.K. complained that her co-worker greeted her each day with the singular phrase, “Morning, big boobs.” (I admit it, I laughed.)

Her response made me laugh too. To deal with her co-worker’s enthusiasm she came up with her own “cute nickname” for him. She chose “small dick”.

Women aren’t the only ones posting gripes, however. There’s the occasional man who chimes in, offering a critique of his sex. For example, one Canadian man, a rug salesman, recently wrote in to indicate his surprise when he witnessed his fellow associate ask a female customer if she’d send him a nude picture of herself posing on the shag rug she’d just purchased.

Reading the entries is an oddly emotional experience. I laughed, I groaned, I shook my head, and occasionally I was horrified by what I saw. It made me wonder if the majority of men truly understand how ubiquitous sexism is in our culture, and how much crap women deal with on a daily basis.

I don’t think they do. Just take this example from Rose who tweeted, “At wedding today celebrant said ‘the groom is a very talented musician, and the bride is so beautiful’ ummm she’s a lawyer!”

This gap in knowledge came to me while watching Family Guy with my partner recently. We watched two episodes together and in both I heard female characters being referred to as “garbage”. In one episode, the phrase came up twice. In both cases, the women were dressed provocatively, which added a particular sting to the phrasing.

When I pointed it out to my partner and told him I didn’t like the parallel being drawn between women and trash he looked at me with genuine surprise.

It hadn’t occurred to him that that was being implied, or perhaps it didn’t occur to him that equating a scantily clad woman with trash was wrong but rather a commonplace.

Genuinely bothered by my feelings, and by the idea that by watching it he was consenting to the idea, he offered to change the channel.

Do men really understand how pervasive sexism and misogynistic attitudes are in our culture? I don’t think they do. Perhaps it’s our job to surprise them with our perspective — to bring the sexism project into our own lives, sofas and kitchens. It may only benefit us, and who knows, maybe even the rug salesman will clue in too.

Tell us about a sexist comment you’ve encountered below.