When Manju Mandal left India for a new life in Canada, she brought with her a passion that inspires others to bridge the culture gap, too. 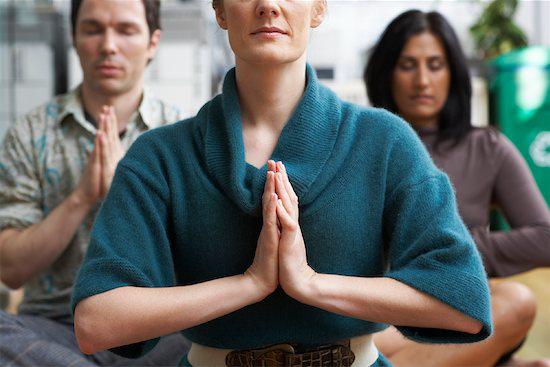 Life balance is a hot topic these days. And no wonder, since our hectic schedules leave many of us “running on overwhelm,” according to Craig Kennedy, personal coach and president of Halifax’s Cornerstone Coaching and Training. But balance means different things to different people. So we asked Kennedy and Rhonda Victoor, a personal coach and founder of INCITE Coaching in Kelowna, B.C., to give us some tips to help balance even the busiest days:

Think long-term: Everyone goes through periods when life isn’t perfectly balanced. “And that’s perfectly okay,” says Kennedy. Major life events (an illness, the birth of a child) will monopolize our energies temporarily. The idea is to overcome long-term imbalance. In assessing your own life, take a six- to 12-month perspective.

Eliminate the ‘shoulds’: Next time you use the word ‘should’, challenge the expectation behind it. “Ask yourself ‘why should I do this?'” says Victoor. “Or ‘what is doing this going to accomplish?'” It’s a great way of discovering what is truly important in your life.

Make a list of things you’ve been avoiding: the cluttered closet, unpaid bills, unreturned phone calls. “They each have some claim on your energy,” says Kennedy. Tackling these tasks one by one can give you “that little bounce of energy” you need to take on the more pleasurable stuff.

Start the day right: Get up ten minutes earlier. Then devote that extra morning time to something you love: taking a walk, writing in a journal, dropping by the park on your drive to work. Those few minutes can “keep us on track for the rest of the day,” says Victoor. “If we leave it to the end it usually doesn’t happen at all.”

Think before you commit: Saying yes to other people’s requests uses up finite reserves of time and energy. “It is possible to say no elegantly,” says Kennedy. “The sky won’t fall.” As a start, try saying “I’ll get back to you” and take 24 hours to think about your decision.

Take 10 minutes: Anyone can find that much time to devote to something she enjoys. So instead of a half-hour run, start by committing yourself to a 10-minute walk. “The starting is often the hardest part,” Victoor says. “It’s a lot less scary to bite off just 10 minutes.”

Start a ritual: “We all need some downtime to recharge,” says Kennedy. Build a positive ritual into your life—yoga, cooking, gardening—and keep it simple and achievable.

Paint a picture: Imagine what a balanced life looks like to you. Then draw that picture. It needn’t be artistic—just meaningful to you. “Until we picture ourselves doing something, we don’t fully commit to it,” says Victoor. Keep that picture in mind and slowly work toward it.