New book reveals scary, long-term side effects of The Pill

Could depression, obesity and sexual dysfunction all be blamed on misinformation about oral contraceptives? 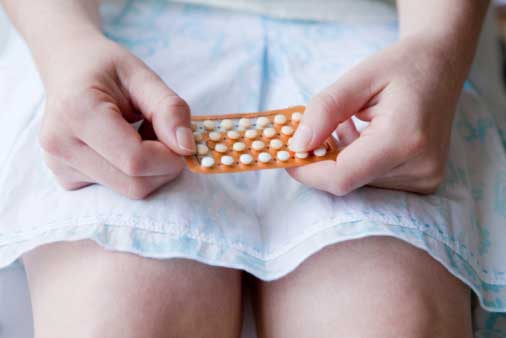 On the one hand, we are a culture obsessed with health, fitness and nutrition — especially when they promise to mitigate the effects of aging. On the other hand, those of us who wouldn’t dream of scarfing down a Twinkie for fear of inciting a carb-high-fructose-related disaster are weirdly receptive to ingesting, swallowing and injecting just about anything that promises to make it all better, particularly when accompanied by a smattering of scientific studies, a dollop of celebrity endorsement and a slick marketing campaign.

Botox? Bring it on! Restylane? Shoot! Aspartame? Pour me another glass of diet soda! Make me young, beautiful and thin and I will give you my money, and I’ll even suspend my critical faculties — you know, the part of the brain that says, hold on, what do I really know about what I’m doing to myself longterm and what reassurance of safety do I have beyond the certainties espoused by the self-interested?

A new book called The Pill Problem by Ross Pelton, an American pharmacist, health educator and, “the world’s leading expert on drug-induced nutrient depletions” (according to his site) suggests that studies reveal that longterm use of oral contraceptives (currently being taken by some 100 million women worldwide) can cause nutritional deficiencies and increased arterial plaque, which may contribute to heart problems, sexual dysfunction, migraines, vaginal yeast infections, depression and weight gain.

“Many women ask me why their doctor hasn’t informed them about the long-term side effects of the pill. Unfortunately, and understandably, most doctors are not aware that all of these studies even exist, and are usually way too busy to track new research on all of the pills they prescribe. Because birth control pills are almost as commonplace as multivitamins, women generally are not as informed about their side effects as they are with other common pharmaceuticals that are advertised nearly non-stop on TV,” says Pelton in a press release.

Pelton, who offers recommendations for combating the side effects of the pill (like taking B vitamins for example), seems to be a voice crying out in the wilderness as most health professionals reiterate the pill’s safety and efficacy.

If the experts disagree then where does that leave the rest of us?

Considering the sometimes calamitous history of drugs that were approved for use and enthusiastically trumpeted to boot — hormone replacement therapy, fen-phen and vioxx among them — it would probably serve all of us to educate ourselves, even if it means giving equal time to (qualified) outliers, before we blithely ingest whatever is on offer.

Making an educated decision comes down to weighing the pros and cons. Supposing Pelton is correct and long-term use of oral contraception is a factor in weight gain, depression and sexual dysfunction, among other side effects, well gals, so is pregnancy.

Tell us, did you experience any unwanted side effects from being on an oral contraceptive?