The myth of PMS: Your period isn't making you moody

New research shows there's little (to no) correlation between our cycle and moodiness...sorry guys! 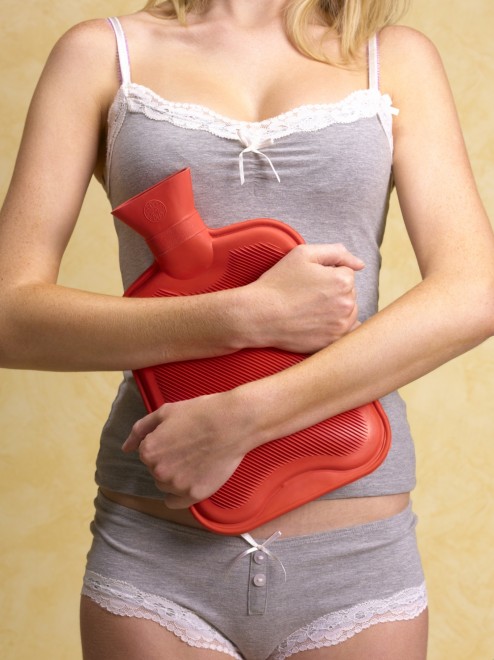 What’s wrong with you? Are you getting your period?

Oh, for a world in which a woman can lose it on the bus driver for missing her stop, or spontaneously burst into tears while making spaghetti without having someone raise their eyebrow and privately wonder whether or not she’s getting her period.

The association between a woman’s mood and her reproductive cycle is firmly embedded in popular culture. So much, that PMS could be considered a polite euphemism for a raging cuckoo. But a recent review, by researchers in Toronto and New Zealand, throws some doubt into that association.

Co-author Dr. Gillian Einstein, director of the new collaborative program in women’s health at the University of Toronto, explains that after sifting through hundreds of papers to find a relation between cycle and mood, “Only 47 met scientific criteria. And of those 47, only 41 had enough people in the study that you could count on their results. From those 41, only 13 percent of those showed that women reported negative mood prior to menses.”

What the review makes clear is that “the literature isn’t very good” at the moment and better, more rigorous studies are needed to link what we call ‘PMS’ to any data.

Sarah Romans, another co-author, recently completed such a necessary study in which randomly recruited healthy women were asked to record their mood using smart phones. The women were unaware of the study’s focus on menstruation and instead were told that the study was called “Mood in Daily Life”. They were asked about their menstrual cycle as part of a series of personal questions however.

In the end, the study found no correlation between hormones and mood. In fact, Einstein says the study indicated that a woman’s life — her stresses — wield the greatest influence over her mood and not her period. “Negative and positive mood were much more tightly correlated with perceived stress, perceived sense of health and social support.”

One of the reasons why so many studies are so flawed could be cultural, says Einstein.

“I’m not a cultural theorist and I’m not a social scientist but I think it gets noticed that women bleed and I think that has a lot of power,” explains Einstein. “So, wherever you have a powerful happening, so to speak, you have stories around it to explain it.”

It’s convenient to think that women are somehow moodier or more emotional and therefore unreliable than men by their very nature. But the scientific evidence doesn’t support that idea, suggests the neuroscientist.

“I don’t think women have any more moods than men do as a group,” says Einstein. “I just think there’s a different expression. We may not be given as much permission to express our feelings and so it comes across as moodiness because we’re dampening it all down. But those are bigger questions.”

But the effects of the association can make women unduly suffer when they do speak up or indicate unhappiness — even to a family physician.

“If a random woman off the street goes into a doctor’s office and says she’s very upset three to five days before her period it would really be worthwhile not treating her as if it’s all in her mind but saying ‘what else is going on in your life?’ And not assuming that ‘she’s a woman, she has raging hormones’ and she needs to be treated bio-medically.”

Ultimately, Einstein hopes the review will encourage the scientific community to pay closer attention to the physiological affects of a woman’s reproductive cycle rather than its emotional nature.

“Women deserve that kind of evidence,” she says.

Moreover, she feels that a fresh exploration of the topic would go a long way toward promoting a more positive image of women’s reproductive cycles.

“Women’s bodies are very complex and I think beautifully so,” says Einstein. “The idea that we can go through such dramatic changes every month and be as stable as we are and carry on with the rest of life — I think it’s quite remarkable.”

Do you think PMS is a real thing?