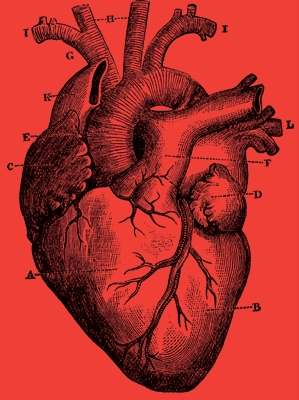 1. A fix for broken hearts
When: Next step: clinical trials
“It’s growing!” is exactly what a group of scientists wanted to hear when they placed skin cells from two men in a petri dish. The plan was to grow the men — who had both experienced heart failure — new hearts. To do so the scientists took healthy skin cells, genetically altered them and crossed their fingers, hoping the cells would turn into healthy, beating heart tissue.

They were elated when heart-muscle cells formed from the doctored skin cells. The team then turned the cells into heart-muscle tissue, which they grew in a dish along with existing cardiac tissue. Within 48 hours, the two types of tissue were beating as one. That’s not all: The new unified cells were then transplanted into healthy rat hearts, where they began establishing connections with cells in the host tissue. Success!

2. Vein viewer
When: Available now
If you’ve ever been jabbed repeatedly by a nurse looking in vain for a vein, you’ll be happy to hear about an innovation from the University of Tennessee. The veinviewer uses near-infrared light to find your veins, then projects them onto your skin. In one study, it reduced the number of failed attempts to start an IV by 50 percent!

3. Print out an organ
When: Currently in testing
Meet the magician of regenerative medicine, Dr. Anthony Atala, who used a 3-D printer to create a kidney prototype last March for a conference audience. “Instead of using ink, I used live cells,” he says. In his lab at the Wake Forest Institute for Regenerative Medicine in North Carolina, Atala has been fine-tuning tissue-regeneration technology for over 20 years. (A decade ago his team engineered a bladder for a 10-year-old boy who is now in college.) Now Atala and his team are working to engineer replacement organs and cell therapies for more than 30 areas of the body. “I believe we can grow organs just as we bake cakes,” he says. Elsewhere, researchers at Washington State University printed bone-like material. Teamed with actual bone, it acted as a scaffold for new bone to grow — and could be used in future orthopedic and dental procedures, as well as to treat osteoporosis. “We’re helping the body heal itself,” says lead researcher Dr. Susmita Bose.

4. Bionic eyes
When: Coming in a decade
Soon you too could have superhuman eyesight, just like the Terminator. University of Washington researchers recently created a prototype for a computerized contact lens that eventually could allow wearers to receive emails and other information from the internet directly through their eyes. And the lens technology is so advanced, all this would happen in a gadget that’s about a thousand times thinner than a strand of human hair!

5. Laser scalpels
When: In clinical trials
If Grey’s Anatomy has taught us anything, it’s that surgery is invasive and, even in the OR of a medical drama, the scalpel usually leaves a mark. The fact is, most medical procedures remove some healthy tissue along with the unhealthy, but a team of researchers from the University of Texas at Austin hope to eliminate damage with a laser scalpel. Thinner than a pencil, the device is fixed with a mini microscope that provides the meticulous control needed for difficult surgeries. Using infrared light that penetrates up to 1 mm into living tissue, it would allow surgeons to target individual cells and could be used to remove diseased or damaged tissue, leaving healthy cells untouched.