The case for no technology at the dinner table

Should we long for the days when kids pestered each other at the dinner table instead of zoning-out on their iPads? 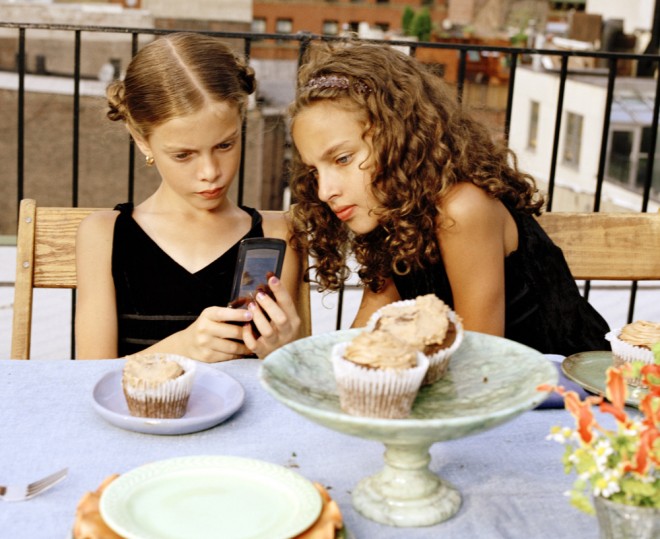 I recently watched fascinated as my friend’s 10-month-old baby sat on the floor bent over an open-copy of a magazine — Chatelaine, what else? — and stared at the photos on the page. Using her tiny forefinger she touched a picture, paused and touched again, repeating the same pattern of behaviour over and over until I finally realized what she was doing.

She was attempting to change the image on the “screen.” Less than a year-old, she was demonstrating her impatience with static imagery, or at the very least, had no grasp of what it means to turn a page.

How good it is for developing brains to be exposed to computer screens — where reward is instantaneous and result synonymous with clicking — is the subject of critical debate among a variety of experts in a number of fields, some of whom profess grave concern about the ways that technology threatens to rewire the childhood brain.

Anyone who has ever noticed, with escalating concern, their own growing attention-deficit disorder after years of sustained surfing, can’t help but suspect the serious potential for problems among a generation for whom the screen is all things to all children.

An article in The Telegraph, written by a father of young children, laments the dehumanizing effects engendered by the ubiquitous presence of the iPad at family dinner tables, especially in public dining areas, where he uneasily observes the deathly silence that prevails across a room of families whose kids, instead of loudly bugging for dessert or beaning each other in the heads with uneaten vegetables, instead remain hypnotically focused on their computer screens.

Dinner time, as he points out, was once the hallmark of family life, a time for talk and laughter and even the odd pitched-battle or two. It was considered impolite to read at the table or watch TV — now some (read: many) parents use computers as babysitters under the dubious guise of education — but then many of those parents are hunched over their blackberries, too consumed by their own virtual pod-life to notice.

Do you allow technology at the dinner table?