Taking a break from social media can make you happier

Instead of looking at your friends' status updates every morning, refocus your energy on something more productive. 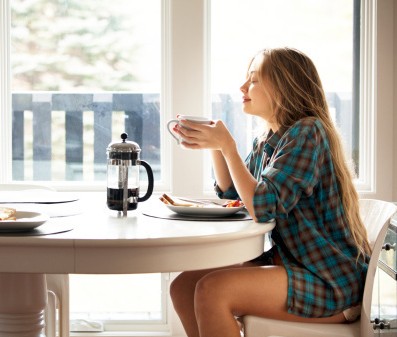 If you can’t afford to take a real vacation this year, don’t fret. There is another option to consider for getting your mojo back. Though it may not feel as exciting as jetting off to an exotic locale, powering down from your 24/7 tech habit may be the ticket to renewing your sense of freedom after work.

Think of all the things you never get time to do that you could do when you’re not texting, or scrolling through celebrities’ Instagram pages? The idea has taken on something of a life of its own online.

Recently, a Dutch non-profit encouraged people to give up Facebook for three months. The online movement, called 99 Days of Freedom, was spurred by the social media giant’s admission that it experimented with altering the mood of some Facebook users by manipulating news feeds.

In response, 99 Days presents itself as: “an online study on how life without Facebook impacts user happiness”. So, far more than 24,000 people have signed up, a pretty small contingent when compared to the more than one billion Facebook users.

But bidding adieu to your favourite time-waster, isn’t your only course of action if you want to reclaim some of your personal time and space. In a recent Op-Ed for The New York Times, writer Nick Bilton presented a middle path that offers its own benefits too. Rather than give up social media or the Internet entirely, Bilton instituted some old-fashioned habits and expectations. Instead of frittering away his morning energy reading other people’s status updates, or looking at other people’s vacation pics, Bilton decided he would read a book every morning, and save his online activities for later in the afternoon instead.

The practice, which has seen him get through two to three books a week, has definitely lightened his mood and provided a sense of accomplishment where previously there was only frustration for not getting more done.

“And even if I spend the rest of my day on social media, I still feel as if I’ve done something enriching,” he writes.