Sleep on your side? Find out what that says about you

Are you a log or a freefaller when you go to sleep at night? Does your preferred sleeping position — mine is any position in which I can fall asleep for more than four hours — say something about your personality or how you’re feeling? 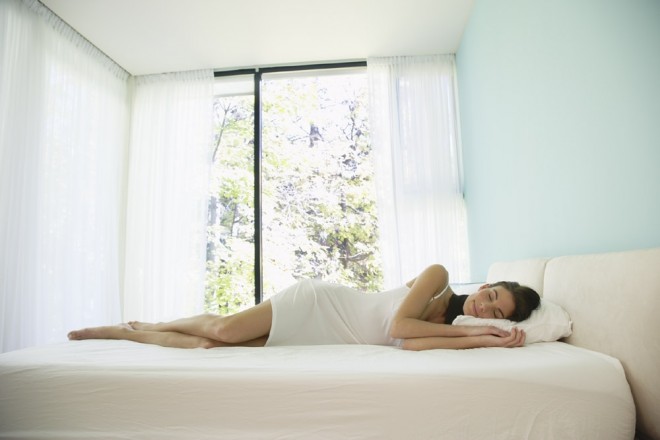 Are you a log or a freefaller when you go to sleep at night? Does your preferred sleeping position — mine is any position in which I can fall asleep for more than four hours — say something about your personality or how you’re feeling?

That’s exactly what a study commissioned by a popular U.K. hotel chain discussed in The Daily Mail suggests.

Fetals, yearners, logs and freefallers — these are the four most common types of sleeping ‘personalities,’ says body language expert Robert Phipps who undertook the study for a budget hotel chain. These personality types correspond with the most popular sleeping positions, he says.

Fetals represent the most common sleeping types. More than half of the people surveyed (58 percent) slept in the fetal position — on their side, knees bent, close to their chest, and their heads slightly bowed. Logs came in as the second most common, with 28 percent choosing to sleep on their back with their arms outstretched on either side of their body.

How do these positions break down in terms of personality? Phipps says those who sleep in the fetal position are conscientious worriers who may be seeking comfort, while log sleepers may be as stubborn and inflexible as their rigid position indicates. He says logs may need to adopt a more relaxed sleeping position, if only to combat early morning stiffness that results from sleeping straight as a board.

Some news for the yearners and freefallers out there who think they’re perfectly adjusted folk by comparison. Phipps says yearners, while the more dreamy and idealistic of the group, may feel as if they’re on the run or being chased, while freefallers may feel a lack of control in their lives.

If you fall into any one of these four categories, or are a hybrid form of sleeper — a fetal/log or freefaller/yearner — you can take great comfort in knowing that those who choose to sleep differently are no less flawed, anxious or dreamy than you. In fact, it sounds like we all just worry about different things and wake up stiffer in different places.

What position do you sleep in at night?