Seven tips to boost your memory and improve your brain health

Forgetfulness and lack of focus aren't inevitable consequences of aging – with attention to diet and supplements, brain health can be maintained through the years. 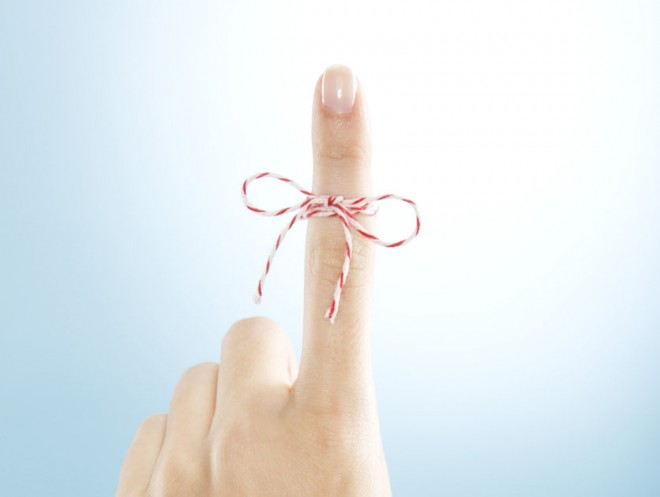 Do you often find yourself forgetting things? Losing concentration? Battling mental fatigue? While a brief memory lapse doesn’t automatically pave the way to Alzheimer’s, there are many things you can do today to keep your brain healthy through the years.

Every 71 seconds, someone develops Alzheimer’s disease, according to the Alzheimer’s Association. Over 5 million people in the United States are already living with the disease – and this number is expected to triple by 2050. Your brain is like a muscle – the more you use it, the stronger it gets and the more fit it will remain.

Many people believe that memory loss, or decreased cognitive function, is a normal part of aging. The truth is there are many factors affecting brain health which, if properly managed, may help keep our thoughts clear and our recall strong.  The following brain-boosting tips will help you maximize your concentration and preserve your memory for a long time:

Top up your fats: Sixty to 70 percent of our brains are made of fat. Over consumption of animal fats or unhealthy fats such as those in chips, fries, muffins and pastries are harmful to the brain and inhibit cellular communication. Fish oils are useful for treating depression, memory loss and anxiety. Increase your intake of good fats by taking fish oil supplements (2000mg – 3000mg twice daily, with food).

Boosting your B’s: Vitamin B12 and essential fatty acids (EFAs) are important for the neuron’s myelin sheath, so ensure you get enough of each of these. EFAs are found in deep-sea cold-water fish (cod, mackerel, salmon and tuna), hemp oil, flaxseed oil and borage oil. Eat fish three times per week and consider adding a tablespoon of one of the oils to your salad dressings or smoothies. Vitamin B12 should be taken in a form that can be absorbed under the tongue – next to injection, that’s the way it’s most easily used by the body. A diet high in green leafy vegetables, fruits, nuts, seeds and other sources of B vitamins and folic acid is an effective way to lower homocysteine levels, which has been linked to heart disease, osteoporosis and Alzheimer’s disease .

Trippin’ over tryptophan: Memory and mood are dependent on chemical messengers such as serotonin – your “happy hormone”, which also affects your sleep and appetite. Your body makes serotonin from protein, particularly from an amino acid called tryptophan. Turkey is very high in tryptophan, which is why everyone gets dopey after Thanksgiving dinner. If you are suffering from low mood, anxiety or depression contributing to your poor concentration, you can try supplementing tryptophan through 5-Hydroxytryptophan (5-HTP). You can purchase 5-HTP from most health food stores, but prices vary greatly. With this product I have found you get what you pay for, and suggest you opt for a more expensive brand. Take it with food because it may cause nausea on an empty stomach.

Ditch the stress: When the body is continuously under stress, it produces the hormone cortisol, which is very damaging to the area of the brain involved with memory. Individuals with depression, or a history of depression, actually have a decreased ability for recall due to high cortisol levels that have subsequently damaged the brain.

Chronic anxiety and/or depression will also dramatically reduce your short-term memory and ability to focus. Manage your stress through exercise, deep breathing, regular sleep patterns or massage. If you are unable to use any of these methods because of lack of time or ineffective planning, start taking supplements such as lecithin, phosphatidylserine or acetyl-L-carnitine to protect the brain from the negative effects of stress and aging.

Avoid getting radical: All of our cells, including our brain cells, are at the mercy of free radicals. These are compounds which cause cellular damage, aging and disease. Free radicals arise normally during metabolism or are sometimes created by the immune system to neutralize viruses and bacteria. Environmental factors such as pollution, radiation, cigarette smoke and herbicides also spawn free radicals. Antioxidants act as scavengers of free radicals and help prevent cell and tissue damage.  Normally, the body can handle free radicals, but if antioxidants are unavailable, or if the free-radical production becomes excessive, damage can occur. Vitamins C and E are antioxidants which protect the body against the destructive effects of free radicals, and may even reduce your reduce your risk of Alzheimer’s disease. Vitamin E appears to have a protective effect. A study published in the Journal of the American Medical Association found that the risk of developing Alzheimer’s was 67 per cent lower in those with a high dietary intake of vitamin E, versus those with a low intake.

Detect heavy metals: Exposure to heavy metals — especially mercury, cadmium, lead and aluminum – is damaging to brain cells. Reduce your exposure by avoiding antiperspirant and cookware containing aluminum. Consume large predator fish like salmon, tuna, swordfish or shark only once per week to avoid excess mercury intake, and avoid exposure to cadmium in cigarette smoke. If you have mercury amalgams (fillings), have your mercury levels tested through a reliable testing center like Doctor’s Data. If your mercury levels are high, consider removing your fillings, but be sure to see a dentist who specializes in the safe removal of mercury amalgams. There are products available to help rid the body of heavy metals such as EDTA, chlorella, cilantro and cysteine, as well as vitamins and minerals like vitamin C, vitamin B12, zinc, sulfur and selenium.

Pump it up: It’s of little surprise that an increase in brain health is among the many benefits of regular exercise. A study published in the Annals of Internal Medicine found that seniors who did as little as 15 minutes a day of modest exercise, three times a week, reduced their risk of developing dementia by about 30 percent. Another study, published in the journal Neurology, looked at 121 people aged over 60, around half of them in the early stages of the disease. Those with Alzheimer’s who were less fit had four times more signs of brain shrinkage than those who were considered fit.

Regular exercise not only delivers oxygen and nutrients to brain cells, but it boosts your anti-aging hormones, including DHEA, growth hormone and testosterone. I recommend 30-minute weight training circuits three times a week along with one or two short interval cardio sessions.  For an extra boost, add a supplement containing creatine after your workout for cognitive performance. In a study from the University of Swansea, memory improved by about 40 percent in vegetarian participants who consumed creatine supplements, compared with placebo

Natasha Turner, N.D. is a Toronto-based naturopathic doctor and founder of the Clear Medicine wellness boutique. She is also the author of the bestselling book The Hormone Diet.