Serena Ryder opens up about her battle with depression

Juno-award-winning musician Serena Ryder was flattened by depression...and the music stopped. Here's how she got back up and rediscovered her voice. 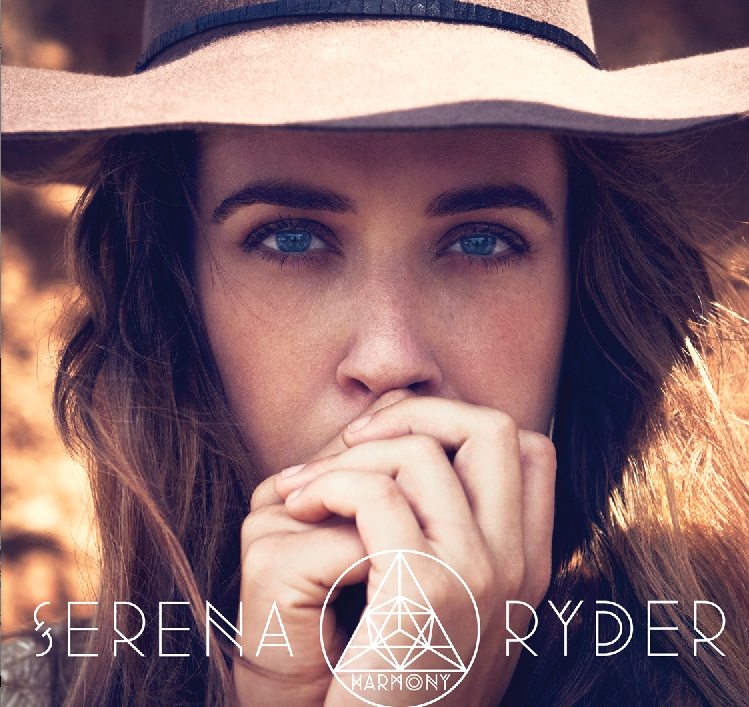 Serena Ryder never stops moving: leaping out of her chair to demo a dance move, plucking on a ukulele, playing with a pen. It’s hard to believe this vibrant, joyful woman has ever been anything but delighted with life, but that’s the thing with depression: It robs, it invades, it ruins — and no one is immune.

We’re sitting in Serena’s studio, a garage behind her west-end-Toronto home that serves as both refuge and workspace. Affectionately called the Cottage, it’s lined with raw cedar (Serena and her boyfriend, Frank, both love saunas) and filled with guitars, a drum kit and garage sale finds: vintage lamps and mirrors, an autographed photo of Willie Nelson. Serena is a little bit hippie chick, a little bit rock ‘n’ roll. She’s wearing a felt hat that I describe as “super Carly Simon,” which makes her face break into a wide grin.

So that is now, and this was then: She’s like a traveller clicking through a slide show from a strange trip in her past. Serena cautiously offers snapshots of her life two years ago: lying in bed, not knowing whether she’s asleep or watching TV. Afraid to leave the house. So frightened by her desire to end it all that she ends up in the psych ward of a hospital.

But first, a little about how she got there. At 26, Serena was on a steady path to becoming Canada’s Next Big Thing. Growing up in the town of Millbrook, Ont. (population 1,623), she spent her younger years driving around with her dad listening to Paul Simon’s Graceland (“I’m still in love with the word cinematographer,” she laughs, referring to a line from the song “I Know What I Know“). Serena was a small girl with a big voice who loved the oldies, from the vocal stylings of Al Jolson to the Beatles. She attended an arts program at Peterborough Collegiate, putting out her first album, an indie effort, when she was only 15. Soon the big labels look notice, and her first release was followed by a tour, fans, accolades, Junos.

As her career ascended, the attention intensified, something Serena found overwhelming. It triggered an identity crisis. “When you’re touring, everything is about you. You talk about yourself all day. You’re always on. And it’s not even really about you. It’s about an idea of you. So it can get really confusing if you don’t have a super-strong sense of who you are inside.” Having struggled with depression since she was 13, Serena felt the familiar cloud forming and, overnight, decided to reinvent herself. Out went the drinking, the smoking, the partying, the dairy, the meat.

“I’m a total extremist. I stopped everything at once. I wanted to be a better person. I wanted to be strong and healthy, and I didn’t think I could do that by sustaining the lifestyle I was living. I thought I had to live the total opposite of what I was doing — and I cut out a big part of who I am.”

Losing sight of herself
Looking back, Serena knows abandoning everything she loved was the beginning of a downhill slide. Most of her friends owned bars or played in them, but she had cut anything “unhealthy” from her life. “There’s medicine in having chocolate, or a couple glasses of wine,” she says. “It grounds you. I loved spending time with my friends watching a musician onstage. I lost that balance. I became lonely.”

While she was on tour, the panic attacks began, usually when she was about to go onstage. She couldn’t breathe, a sensation that not only terrified her but made her feel ill. “I was often dizzy and I thought I was going to pass out. I just needed to hold on to something that wasn’t moving and keep my head down. I couldn’t hear or see properly.” She always forced herself to go out, but she cut some sets short. Scary thoughts echoed in her head: “You’re going crazy. This will never end.”

“All these voices were yelling at me and I didn’t know I could yell back. I didn’t understand that this was happening to me — it wasn’t actually me.” Even more confusing was that it was happening just when she was trying to be healthier. “I’d have conversations with the universe, with God. ‘What do you need? I’ll do stuff — I’ll meditate more!’ I would make deals with these ethereal spirits instead of owning it myself.” Over the next few weeks, she tried to keep it together on tour. “I kept busy, telling myself, ‘Everything’s great, don’t complain, this is good for your career.'”

Serena was touring in Kansas when she told her manager about the panic attacks. “Come home,” the manager said immediately, and so she did, leaving behind a half-finished tour and a brand new band. A summer off, she decided. That was what she needed. “It was my head-in-the-clouds time.”

She buried herself in books about spirituality and philosophy, hoping it would help. But soon, she wasn’t leaving her bed. “I tend to cry all of the time, anyway,” she says. “All of the time — when I’m happy, when I’m sad. I think it’s a beautiful thing. But I was becoming very sad. When I’d hear a story on the news, I’d think the world was becoming a really bad place. Then I literally stopped caring, I thought, ‘I’m never going to find the answers, everything is too confusing, the more I search the less I find.’ And then nothing mattered. I lost myself in the vastness of it all.”

Hitting rock bottom
Serena spent weeks in bed, watching the days and nights blur together, drifting in and out of sleep, hoping each time she would wake up better, happy, fixed. She didn’t. Friends came and went, imploring her to get outside and go for a walk, but she felt weighed down by her depression. One night, in an email to her naturopath, Serena wrote, “I don’t want to be around anymore. I have suicidal thoughts.”

The realization that she’d fallen so deeply into the hole still rattles her. “I didn’t want to die, but I didn’t want to experience those emotions — or the lack of emotions — anymore. I didn’t want to see the world the way I saw it, and I thought the only way to get rid of that was to not live.” Fortunately, her naturopath came to get Serena and drove her to the nearest hospital. “I spent four hours in the waiting room of the psych ward with no one talking to me. There was just a guy there, banging his head against the wall.” After a quick consultation that left her more confused than ever, she left the hospital. Worried her state of mind would distress her family, she headed straight to her manager’s house, where she stayed for months.

“All I wanted to do was lie on the couch and not get up. My mom was scared and wanted me better. I knew that with family wasn’t the place for me to be, because they were too emotionally invested.” Serena slept during the day and roamed the house at night so she wouldn’t have to talk to anyone. Looking in the mirror scared her. “I didn’t look like me. I looked like a stranger. Like a bad mushroom trip, but real.” Eventually, her manager guided her to a psychiatrist. “This doctor spoke softly and listened. Then she said, ‘I’m almost sure you have clinical depression.’ To finally have it called something was really important for me.”

The doctor prescribed an antidepressant, something Serena was dead set against but knew she had to try. It took weeks of changing the drugs and dosages to find one that fit — one that didn’t make her sleepy or jittery but that made her feel something closer to the way she was before. She also started working with a new therapist who helped her understand her illness. “She helped me figure out that I wasn’t depressed: I had depression. That was really huge because depression is a disease that happens to you, it’s not who you are.”

Thanks to a combination of antidepressants and therapy, Serena began to feel better. After several months, she moved into a place of her own. And one night, she picked up a guitar and started to play; hours later, she’d written a song, and she knew it was a breakthrough moment. Serena even managed to tour with Melissa Etheridge, whom she considers a mentor. “She has such compassion and strength and she’s not jaded. She’s the rock ‘n’ roll queen of the universe. They don’t make them like that anymore. It’s like you’re talking to Janis Joplin.”

Months later she met Frank, an affable film editor, at a friend’s bar, and that, she says, was that. She moved in with him weeks later, and the songs kept coming. Over the next year, she poured out about 60 of them, feeling them purging her sadness, and soon she felt well enough to start working on a new album. The result, Harmony, showcases her ability to tackle different genres: There are happy pop songs, there are yearning torch songs, there are sexy, soulful ballads. “I learned I don’t have to be just one thing. I don’t just have to be a singer-songwriter or an indie-rock chick. I can be a lot of things.” She learned to record by herself (the whole album was made in the Cottage). She learned to drum. “Falling in love helps with depression,” she says, laughing, “and so does drumming.”

Now 29, she’s delighted with her upcoming birthday this month. “I’m so excited to be an adult and a woman and responsible for myself and my emotions. There’s something really beautiful about that to me.” And although she knows the depression could return, she feels confident that she will never go to the depths she did before, thanks to her knowledge of the disease and the resources she has in place. “Joni Mitchell said it best: ‘You don’t know what you’ve got till it’s gone.’ Sometimes it’s really special for me to just open my front door and walk outside and see a colour of green I’ve never seen before. It sounds so hipped out, but I feel really good. I think, ‘God, remember when this was hard? Remember?'”