The wardrobe staple that has more bacteria than a toilet seat

While we fret about the germs in and around bathrooms, it seems this unlikely item makes us susceptible to the most bacteria. 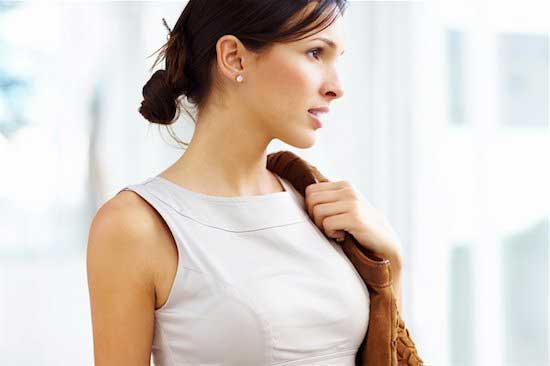 Your purse has been shown to carry more bacteria than a toilet seat (Photo by Masterfile).

It’s a familiar scenario. You’re out shopping or out to dinner with friends and you have to use the ladies’ room. You look for the nearest, reliably clean, public washroom within walking distance. You find this much-needed convenience and you patiently wait in line and after mouthing your tenth silent prayer to God that you don’t wet your pants, it’s finally your turn.

But as soon as you enter the stall, that feeling of gratitude is immediately replaced by the white heat of disbelief. The previous occupant has failed to live up to the Golden Rule and has instead left a urine-spattered toilet seat for you, the next user, to mop up or strategically avoid, a tactic that will require all of the core and inner thigh strength you can muster.

When faced with this common discourtesy I often wonder what could possibly be running through the mind of the person who thought that rather than sit down on the seat and get to work like an adult that behaving like an incontinent toddler was the wiser approach to the situation. I’m sure they’d argue that the toilet seat is “filthy” and that’s why they avoided contact. To which I would answer, well, it’s filthy now.

To those who give a great deal of thought to the bacteria that they come in contact with, and little to none about the bacteria they leave behind for others, there’s some news that may come as a bit of a shock. It turns out that the average toilet seat is positively immaculate compared to your favourite accessory: your purse (via Slate).

British researchers (via The Daily Mail), who like U.K. tabloid reporters seem to revel in revealing the filth that surrounds us, recently determined that handbags carry more than just your phone, makeup, keys and wallet, they also provide space for a host of funky microorganisms. Reportedly, one in five purses carries a sufficient enough yuck factor to pose a threat to human health.

The reason: us and our bad habits. Our mucky hands are always in and on our purses and we often leave them on bacteria-rife surfaces such as floors and counters.

The solution to the problem is apparently pretty simple: wash your hands and make a point of wiping down your purse every so often. While you’re at it, why not use one of those antibacterial wipes on the average toilet seat too. Turns out it’s not as dirty as you thought. But the next user will thank you for it.