The migraine therapy that could change your life

Mysterious, relentless pain raged inside June Camden's head for over a decade. With doctors baffled, she nearly lost all hope. Then she met a "migraine whisperer," and everything changed. 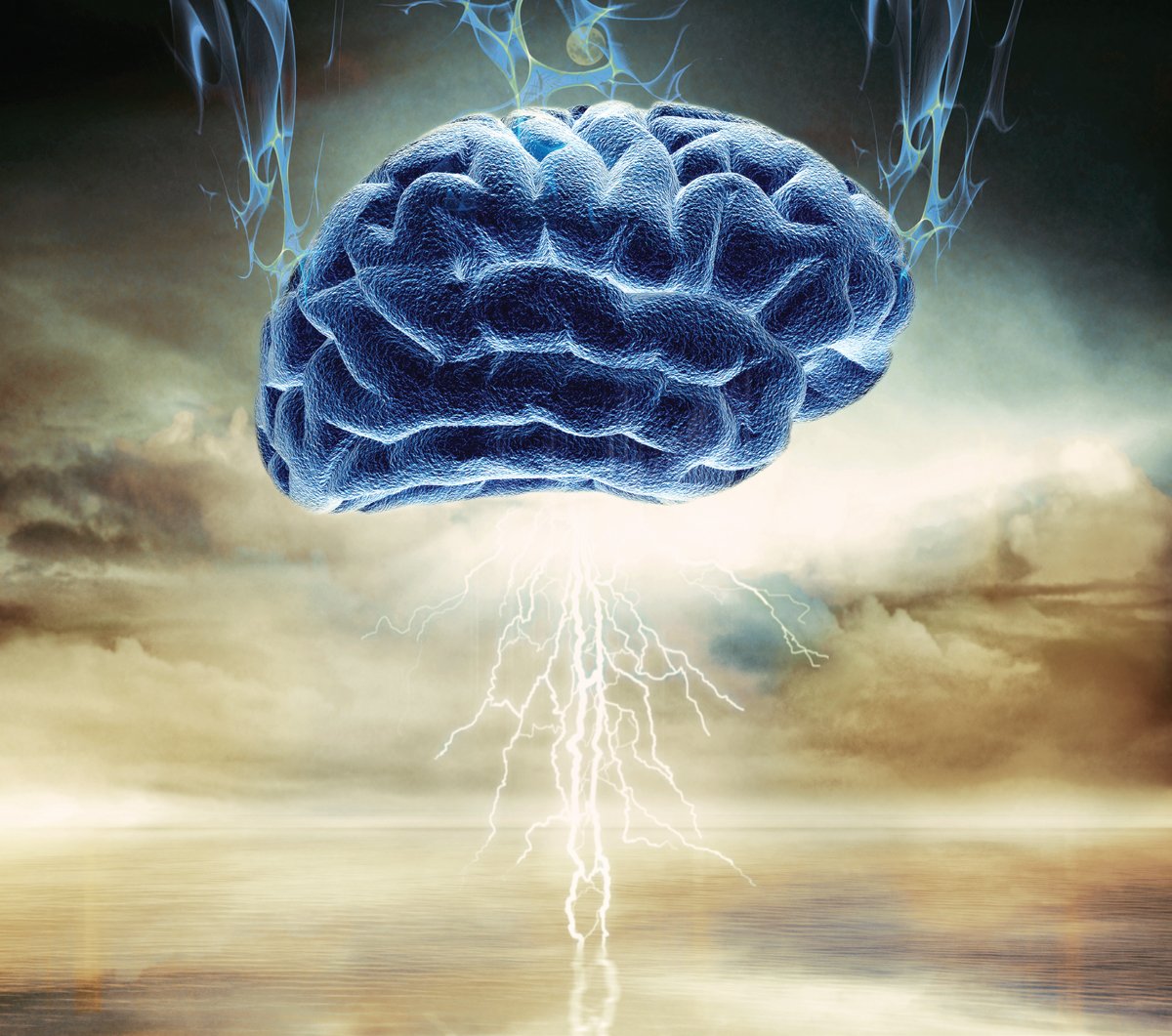 A wave of pain swept across June Camden’s* head, steadily gaining strength and speed like an impending tsunami. By noon, it had surged severely enough to partially blind her: the result of a migraine no combination of drugs could soothe. June’s daily headaches were as powerful and unstoppable as any force of nature — and they were destroying her life.

More than three million women in Canada have had a migraine, the most debilitating form of headache. Sixty percent experience one on a monthly basis, and 25 percent suffer weekly attacks. And then there’s June — she had one nearly every day for 12 years.

The 36-year-old travelling sales manager from Caledon, Ont., remembers stretches on the road when her pain was so intense she’d have to pull over to vomit. Reaching for her emergency stash of instant ice packs, she’d lie across the back seat with her eyes closed, willing the torment to end. “It’s hard to explain the pain, vulnerability, shame and depression that I felt,” June says. “It was a scary time, and I started to think of myself as nothing more than a drug addict because of all the prescription medications I was on. I stopped knowing what it was to be me anymore.”

June also felt very alone. Despite the prevalence of migraines (rates exceed those of diabetes, asthma and osteoarthritis), stigma runs high and sympathy low, which explains why 49 percent of women with migraines suffer in silence. You quietly stop living the life you want and instead live according to the level of your pain,” she says.

The making of a migraine
Women are three times more likely than men to suffer from migraines, and most experience their first around puberty. “While we believe migraines have a genetic component, we know fluctuating hormones play a role in their frequency,” says Dr. Allan Purdy, a professor of neurology at Dalhousie University in Halifax.

Experts believe a migraine begins in the brain, where waves of electrical activity, moving at about 3 mm a minute, spread from the visual cortex, building momentum like a storm at sea. “We call this wave a cortical spreading depression,” says Purdy. “It appears to light up a pathway directly into the brain’s pain centre.”

With this pain centre activated, pain presents in the head, with repercussions everywhere else. Symptoms include sound and light sensitivities, dizziness, nausea, vomiting, numbness, tingling sensations and difficulty finding the right words. An attack can last four to 72 hours, says Purdy, and may be preceded by an aura, a visual disturbance such as temporary blindness, blurry vision or seeing stars or zigzag lines. Because no two migraines are alike, identifying and treating them is a game of trial and error.

Prisoners of the mind
June remembers her first migraine vividly. A visit to a fruit stand while cottaging with her family one summer when she was 14 ended in disaster. “I ate a few blackberries, then suddenly felt incredibly nauseated,” says June. “I didn’t know then that the tannins in blackberries could be a migraine trigger. By the time we got home, I was vomiting horribly and thought the side of my head was going to explode.” Her attack lasted a few hours and scared her parents. “We were ready to go to the emergency room. Then the pain disappeared as quickly as it came on.”

Over the next few years, June’s migraines escalated. Monthly attacks became weekly and, finally, daily battles. She learned to work around them. “It was always a race against the clock to accomplish as much as I could before noon,” she says. “My friends started celebrating my birthdays with special breakfasts, because they knew I’d be useless after lunch.”

June saw countless neurologists, migraine specialists, chiropractors, naturopaths and allergists as she searched for answers. But MRIs and CT scans couldn’t identify a problem. And tests for sleep deprivation, allergy and stress were also inconclusive. Chiropractic massage offered temporary relief, but it also brought on bouts of blindness (usually 30 minutes after a session), and her practitioner advised against it. So June tried a medley of medications: migraine-specific pills, as well as blood thinners and anti-seizure and anti-inflammatory drugs (“often in mass doses,” she says). They masked the pain, but the relief didn’t last. She also worried about their highly addictive nature and potential effects on her liver and kidney function. “I knew they were just Band-Aids, but what other options did I have? I felt like I was on a road with no end in sight.”

June began removing entire food groups from her diet. A bite of cheese was enough to propel her into serious pain, so she ditched dairy. Her naturopath also advised her to cut out gluten and sugar. June lost 15 pounds, but still her headaches raged. Always physically active in the past, June soon found exercise only aggravated her symptoms. Eventually she stopped doing the things she loved, including horseback riding.

Managing a migraine
Migraines are one of the most disabling chronic medical disorders in the world. And that discomfort extends beyond physical symptoms. Headache Network Canada says 92 percent of sufferers miss work and major family events because the pain is so severe. Even when they aren’t experiencing a migraine, they’re living in fear of their next attack. Migraines are also associated with a 40 percent increased risk of depression in women.

“Any problems in my life were magnified by my migraines,” says June. As her marriage of three years began to dissolve, she knew her pain was partially to blame. “It’s hard to live with someone in constant suffering,” she says. She remembers going with her husband to see a migraine specialist who told them, “‘We don’t really know what migraines are, and none of the medications are working for you. This is something you’re going to have to live with.’ He gave us no hope. I’ve never felt so low.”

At that point, June had suffered for over a decade. Well versed in migraine pain, she felt her doctor’s words were insensitive. “I tried not to complain. But you can only fake it for so long.”

Whole-body healing
A fortuitous chain of events meant June didn’t have to fake it much longer. While she was vaguely aware of complementary treatments, such as acupuncture, it wasn’t until her father raved about a “migraine whisperer” he’d heard on the radio that she decided to try one last thing. She figured she had nothing to lose, and Brendan Cleary, this supposed shaman, was only a short drive away.

Just like June, migraine sufferers worldwide (from 30 countries and counting) often seek out Cleary’s alternative approach as a last resort. Cleary, a doctor of acupuncture, runs the Ontario Migraine Clinic in Georgetown. “People come to me when they’ve run out of choices,” says Cleary. “They don’t have a life because of their pain.”

Cleary’s treatment plans include Eastern medicine and psychological tests. But it’s his unique acupuncture style that’s the main attraction. “My technique is designed to stimulate the nervous system to react more quickly. It’s like going to the gym to build strength, only in this case you get neurologically fitter, so you can respond better to triggers.”

June almost didn’t make it to her appointment with Cleary because her migraine that day was so severe, but eventually she managed to stumble in. “He asked right away how my migraines affected my everyday life,” she says. “Even that was a small relief; someone was finally looking at the whole picture.”

Cleary started by checking June’s heartbeat. “The pulse reveals a lot about the body’s strengths and weaknesses,” he says. As he told June, the body has the power to repair itself. But chronic injuries may mean it can’t fix things on its own. This is where acupuncture can help.

After the pulse assessment, Cleary placed five needles (on June’s right hand, between her thumb and first finger; on the crown of her head, her forearm, her left ear and her left knee) and he slightly twisted and pulsed the needles. “Yes, it was uncomfortable, but after 10 minutes my migraine pain completely disappeared,” says June. “It was surreal.”

He tested her ear for referred pain (her migraine discomfort often radiated down her shoulders and back) and then taped a mustard seed on the most painful spot on her ear. “Whenever I pressed it as hard as I could for a few seconds, the pain would fade. It was mind-blowing.”

June floated home after her 30-minute session and slept soundly for hours — her first full night in years. “The next morning I stayed in bed and cried until my tears turned to laughter. I didn’t have a migraine! For the first time in 12 years, I woke without pain.”

Cleary pegs his success rate at over 90 percent. “That means if someone gets 100 migraines a year, I can get them down to 10 or fewer,” he says. June visited the clinic for treatments twice weekly from September to December 2008. She hasn’t had a single headache since.

The calm after the storm
One reason complementary therapies can work so well is that they inspire a sense of personal control. “That’s key in coping with chronic pain,” says Purdy. In fact, he believes migraines can be learning tools. “If you get migraines, you have to acknowledge your role in working with your pain as part of the healing process,” he says.

June couldn’t agree more. In the four years since her last migraine, her world has been completely transformed. She’s remarried with two sons. She loves taking her two dogs on daily 12-km walks. She’s learning to play the guitar. And she’s more active than ever, riding horses, kayaking, kick-boxing, cycling and running. She can even eat blackberries again. “I don’t say no to anything anymore,” June says. “I missed out on a large part of my life, and I’m eager to live the rest of it to the fullest.”

DIY migraine diagnosis
If you meet four out of these five criteria, chances are you suffer from migraines:

1. A headache that lasts from four hours to three days.

2. Headache accompanied by nausea or vomiting.

3. Sensitivity to light or sound.

4. Having two or more of the following: pain affecting one side of the head; pulsating pain; pain that feels moderate or severe; pain that’s made worse by physical activity.

5. Five or more attacks exhibiting the symptoms above.

Phone it in
Migraine Meter is the first smartphone app designed to help people monitor their migraines. It lets them track their history (date, duration, severity, impact on daily life) so they can review it with their doctor.

Freckles on the brain?
A new Dutch study suggests women with migraines may have structural differences in their brains, including little lesions caused by restricted blood flow to certain areas. The lesions appear like tiny freckles on brain scans but don’t cause long-term damage.
*Name has been changed.

**Editor’s note: This story is based on an individual experience. Results may vary by person. Regulations and coverage for complementary therapies vary by province. Always check with your province and insurance company about regulations and reimbursement prior to treatment. Not all therapists are recognized by all insurance companies, depending on their credentials.