Four signs you're depressed and how you can overcome it

Robin Williams' suicide is a tragic reminder that depression affects us all. Psychiatrist Valerie Taylor tells us what to watch out for and what to do when it becomes more than "just stress." 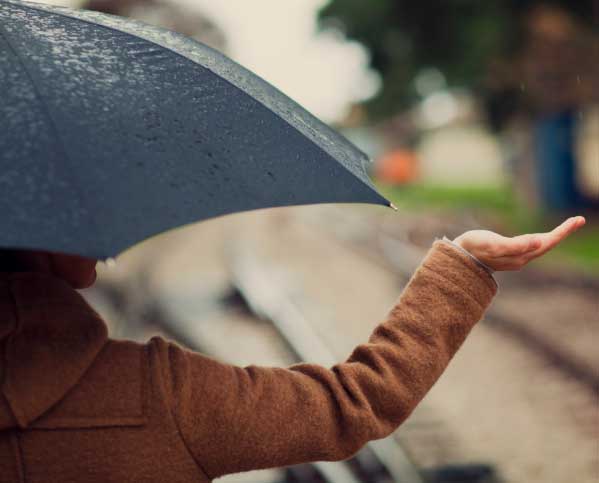 News of Robin Williams’ suicide shocked the world this week. The funniest man in the world was famous for his exuberant comedy style, off-the-wall characters, and barely contained energy; he seemed like he was always laughing. Most of us never imagined that laughter masked a terrible pain.

It also reminds us to consider our own mental health — to perform an internal, ‘How are you doing?’ and to answer ourselves with honesty. Unfortunately, most of us don’t give much thought to preserving and maintaining our mental health, says Valerie Taylor, psychiatrist-in-chief at Women’s College Hospital in Toronto.

As a result, “People sometimes don’t recognize when they’re starting to struggle and they don’t understand the full scope of what having problems with their mental health can do in terms of their everyday functioning — from their social aspects, to occupational aspects, to their ability to enjoy things day to day,” she explains.

Often a lack of awareness about depression or anxiety disorders, or the fear of being stigmatized as crazy or unstable contributes to the problem. Rather than admit they’re depressed, people will say they’re “stressed, fatigued or burnt out,” says Taylor.

But there are significant differences between stress and depression.

Here are four signs that you’re struggling emotionally, and lifestyle strategies you can use to improve and maintain your emotional and psychological well-being:

1. You’re struggling with everyday tasks
What’s the difference between stress and depression? Generally speaking, people can still perform under great stress. But those who are suffering from depression often undergo what feels like a kind of mental and physical paralysis in which even the most mundane tasks — showering, getting out of bed, going to work, eating, social activity — takes on the status of an impossible and painful challenge.

“Depression interferes with functioning,” explains Taylor. And one sure sign that you’re depressed is that your mood is starting to impair your ability to do things as you once did, whether it’s in your personal or professional life.

2. You can’t sleep
Insomnia or irregular sleeping habits shouldn’t be ignored. And while it is tempting to pop a sleeping pill, you may only be masking a symptom of a larger problem.

“One of the first things that can often become a problem for people who are starting to suffer from depression is that their sleep is impaired,” says Taylor. That impairment can come in the form of mental or physical discomfort — you can’t turn your mind off at night, or you’re just tossing and turning.

3. You can’t let things go
If you find yourself thinking about that fight you had with your mother, BFF or co-worker over and over again — if you just can’t let it go, even when you’re at home or out with others, but you keep feeding the fires of your bitterness and upset, it may be a sign that something bigger is going on says Taylor.

This form of obsessive thinking is called ruminating, and it’s a characteristic sign of someone dealing with depression. If your inability to let something go is affecting your personal relationships then it needs to be addressed.

4. You can’t work
They don’t call them “mental health days” for nothing. Many people who experience depression find themselves missing work or calling in sick to avoid work. Others reveal their profound unhappiness with a serious drop in productivity, says Taylor. “It’s presenteeism” rather than absenteeism, adds Taylor.

How to stop negative thoughts or obsessive thinking
If you’re suffering from relentless, negative thinking, take a tip from cognitive behavioural therapy, which tackles the thoughts and feelings that contribute to unhealthy behaviours.

One CBT technique that’s proven effective is to challenge negative thinking with reason.

“It’s common for people to see the world in black and white or hold extremely distorted views when they’re dealing with depression,” explains Taylor.

To combat that symptom, take one of your views about your life or yourself and really prove it. For example, if you think you’re all alone in the world with no support, force yourself to prove that thesis. Ask yourself? Am I really alone? Is there no one and nothing I can turn to for help?

The point of the intellectual exercise is to force “people to generate evidence to support what they’re thinking,” says Taylor. In doing so, most realize that their thinking isn’t entirely accurate.

Make a lifestyle change
The last thing a depressed person wants to hear is ‘why don’t you go for a walk and get some fresh air.’ But sometimes doing the last thing you want to do is often the one thing that will serve you best. Several studies have found a link between regular exercise and emotional well-being. Some experts see it as a complementary treatment for those suffering from mild to moderate depression.

A change in diet can make a world of difference too, says Taylor. For example, the Mediterranean diet has been linked to a reduced risk for depression.

Seek help
Most employers offer confidential mental health resources as part of an employee assistance plan, says Taylor who advises people take full advantage of the private service. Alternatively, speak to your family doctor about what you’re feeling. And educate yourself about the varieties of treatments out there. Talk therapy and medications aren’t the only treatments. There are a host of alternative therapies such as cognitive behavioural therapy (mentioned above) and acupuncture that may ultimately benefit you in the long run.

Have you ever struggled with depression? Tell us how you dealt with the symptoms in the comment section below.