Live and learn Antonia Whyatt: Tips from her 30s

Chatelaine's feature director reflects on living for the moment 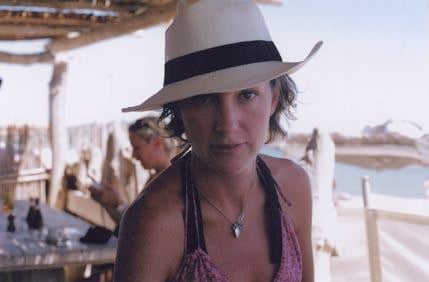 I was supposed to have it all sorted by now. When I looked up into the great beyond of my mid-30s from the naïveté of my 20s, I was convinced life would have fallen into place. In my mind that meant a flotilla of children, a published novel, a bank balance that I didn’t need a stiff drink to look at, a doting husband and a pony or two. Yup. Sweet, isn’t it?

Instead I have already discarded a husband (careless, but true), I have one child, and the novel’s curled up catlike in some deep recess of my brain. But the clarity with which I see things has changed radically. The tipping point was having my daughter. Until that moment I’d basically behaved like a teenager with a credit card. I’d adorned the prows of yachts, gone to three-day-long parties, hopped a plane, train or bike to whatever adventure beckoned next. I lived in Montreal, London, New York, San Francisco, Austin and London again, all by the time I was 31. I gained a plethora of friends and experiences I wouldn’t trade. But I didn’t really know what I needed or who I was; I could only see myself reflected back in the eyes of people around me.

Don’t let others form your image of yourself. I was so worried about what people thought and where I was supposed to be in my career, or if I’d ever be able to afford a house, that I stopped listening to my gut. The fundamental truth I knew about my husband going into the marriage, the one I reasoned myself out of because my friends told me we were great together, is the thing that blew us apart.

Your instinct is a powerful tool — don’t override it. The thing I have learned poignantly (divorce) and delightedly (daughter) is that, as John Lennon said, life is what happens when you’re busy making other plans. So if you’re still lucky enough to be in your 20s, stop planning and start doing — it’s never going to work out the way you think it will. Oh, and wear short skirts. Don’t worry if your thighs touch, your skin is too pale and your lips aren’t plump enough. Believe me, you look great: You are young.

Relax. But while I miss the dewy skin of my 20s, I don’t miss the angst. Something magical happens around 35, and I don’t mean the fact that it takes half a day for the pillow creases to fade from your face. You just kind of let go. Friendships are no longer competitive. You don’t need to be at the party or the latest restaurant. This gets a whole lot of useless noise out of your head and you start to ask interesting questions about how you want to live.

Work on your friendships. This year, I pulled up stakes yet again, settling in Toronto. I didn’t want my daughter to grow up in London [England], a city where even bankers feel poor and values all come with a pound sign in front. What could have been a hard move was made easy by being reunited with some of my closest girlfriends from university. You will find that each worry or stumbling block you have will have been encountered by one of your friends, even those who seem the most together. The web of their fingers will always catch you. Before I gave birth to my daughter, instead of having a baby shower, I gathered 12 of my female friends around a table for dinner and had them each give me one piece of advice. Worth a whole lot more than onesies and cashmere baby blankets.

Try to live for the moment. The nugget I walked away with from that dinner was to take it slow. In those early days of tiny infantdom, when my daughter could barely open her eyes and sometimes I could barely open mine and I yearned for her to be able to communicate, I remembered something my friend Joanna said: “She’ll never be this tiny again — relish it.” She also told me that every difficult phase would pass, from colic to waking up three times a night. And really that’s where I’ve come to now. In her 21 months my daughter has taught me to just be with her, in the garden, marvelling at a tree. Just as I felt youth slipping away and cynicism creeping in, she’s showing me the world is miraculous.

Antonia Whyatt is 38. She is features director of Chatelaine.