Learning to say no

Help! So many people need me but I'm stretched to the limit with all my commitments. What can I do? 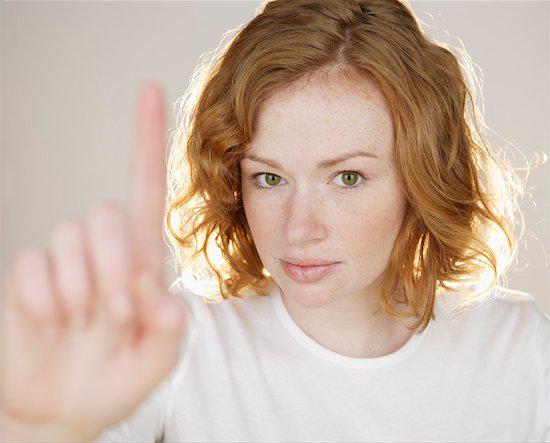 You’re running at top speed all the time, yet when the school asks if you can bring muffins to the next PTA meeting, you say you’d be delighted—and you make them from scratch. Then you swear under your breath the whole way home that you really should have just said “no.” So, why didn’t you?

Needing to be needed is often a woman’s biggest obstacle to balance. So often we don’t get enough appreciation. We have so many mundane responsibilities (when was the last time anyone thanked you for clean underwear?) that when we find a situation where we’re needed and thanked, we take it on no matter how busy we are. We’re missing one critical skill: the ability to say no.

Exercise your “no” muscle
My client Angela is a great example. She’s a wife, a mother and a marketing manager. Her life is rich and, until recently, pretty balanced. Yet she was late for our appointment because she was swamped, having just agreed to run her office’s high-profile charity drive. Now I’m all for social contribution, but not at the expense of sleep or well-being. And as Angela and I talked about it, she began to realize that unless she cut something else from her life, her sleep and sanity were exactly what she was going to lose. If only she’d said no.

Saying no to others
Saying no isn’t impolite or disrespectful, it’s being honest about your priorities. In Angela’s situation, there are several things she could have done when she was approached. First, she could have assessed whether the task really needed to be done at all. This is particularly important when we’re asked to do the “optional extras”—such as muffins for the PTA meeting. If that’s the case, let the person know that you appreciate the effort to involve you and that you’d love to help in the future, once you’ve taken care of your own commitments. Or give them an alternative: you’ll phone a place that can deliver the goods. Just don’t fall into the trap of “If I buy it, I’m not a good mom.” Our own unrealistic expectations of ourselves can trick us into thinking we have to be Martha Stewart. The PTA isn’t asking for homemade muffins; it just wants something to chew on at the meeting.

Saying no to yourself
If the task must be done, ask yourself whether you are really the only one who can do it. Some of us actually make more work for ourselves because we think our way of doing things is the only way or we’ve taken on the role of resident problem solver. In doing so, we actually train others to dump everything on us. It’s time to say no to this misperception. In Angela’s case, any number of other people could have done the job well. If she really wanted to be involved, she would have been better off committing to a smaller task than running the whole thing—something she’ll be putting into practice the next time around. And if it absolutely must be you, ask yourself: what’s the real deadline? Too many requests sound urgent, when they’re really not. Be sure you’re committing to a real and reasonable time frame—one that you’ve helped to set.

Finally, be aware of your need for acknowledgment and recognition. If you want to feel appreciated, ask for more recognition from the people in your life who matter, or pay attention to the different ways they’re probably already telling you you’re great, whether it’s with a thank you or a tub of your favourite ice cream. Angela started keeping a list of times her loved ones actually did let her know they appreciated her efforts. Turns out they were saying it a lot—she’d just gotten out of the habit of hearing it.