Jane Fonda on aging and happiness

In her new book, Prime Time, the 74-year-old actress and L'Oreal spokesmodel discovers that people over age 50 tend to be happier. Here, she shares what it's like living in her prime 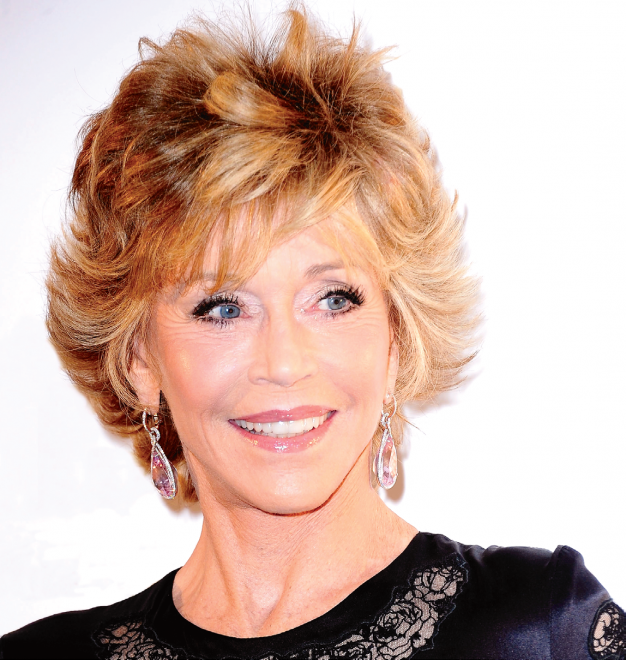 “Believe me, when you’re ‘inside’ the aging bracket, which I am now, it’s a whole lot better than when you’re looking at it from the outside. It used to terrify me. When I was 40, and I imagined my 70s . . . First of all I never thought I’d live that long; second, I thought it would be horrible. But I’ve never been happier, and I come from a long line of depressives: My mother killed herself and my father went undiagnosed. When I was in my late 40s I would wake up every morning with a lot of negative thoughts. And then at about 65 I began to notice that I was really happy and I wanted to know why. That’s what made me write the book Prime Time. I spent four years researching it and discovered that most people over 50, regardless of their sex, regardless of a lot of things, tend to be happier. Like Picasso said, it takes a long time to become young. But staying physically active is key to it, because as long as you feel alive from inside, age can be a fantastic thing.”

I’m definitely not running anymore — I have a fake hip and a fake knee — but I am getting back into the movie business, which I left quite deliberately for 15 years. I made a film in France a year ago and another one with Catherine Keener after that, so I have two coming out in spring and I’m going to do another next year. My daughter is half French and I’m fairly fluent. I fool people because my accent is not the typical American one, so people think I can speak better than I can. I learned in bed — it’s the best way to learn.”

Being a mentor: “Assume the responsibility of passing things on. Katharine Hepburn did it for me.”