Is this the cancer breakthrough of the century?

Imagine a pill that targets specific cancer cells while leaving healthy cells untouched. Think it sounds like something from the future? Not so according to new North American research. 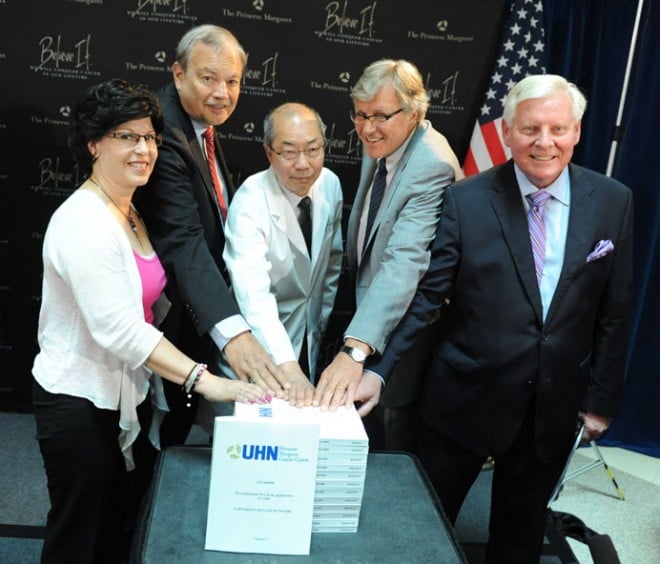 “The drug, which has been in development for 10 years, has a combined team in Los Angeles, Toronto and China,” says lead researcher Tak Mak, director of The Campbell Family Institute for Breast Cancer Research at the Princess Margaret Hospital (featured in the video below from CityNews) in Toronto.

They’ve developed a “sharp shooter” drug designed to target the bad part of cancer cells while sparing the healthy cells typically harmed by other forms of cancer treatment like chemotherapy.

While trials have only been done on lab mice so far, the results are promising with breast and ovarian cancer tumours shrinking a significant amount.

Human trials are waiting approval from Health Canada and the FDA, who’ve given favourable feedback to the research team.

“We hope to be doing trials earliest by August, perhaps September,” says Mak. “We can do all we want in animal trials, but ultimately it will be the patients who tell us the drug’s true value.”