Is it ever OK to comment on someone's weight?

Melissa McCarthy faces yet another misguided rant at the hand of one of New York's oldest film critics. 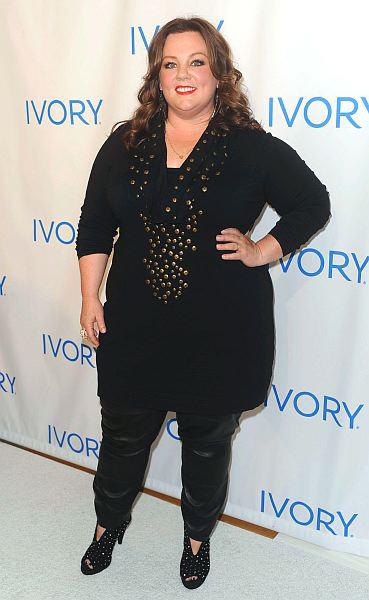 When film critic Rex Reed reviewed the new movie Identity Theft for the New York Observer he made a particular point of attacking one of its stars, actress Melissa McCarthy on her appearance, describing her variously as “a female hippo,” “tractor-sized,” and “humongous.”

While declaring that she has “devoted her short career to being obese and obnoxious…” Reed also shredded the film overall, which puts him in company with most other critics who have been equally disapproving of the movie, though considerably more discrete about McCarthy’s appearance.

It’s not the first time that McCarthy has inspired a mean-spirited personal attack, acting as a kind of lightning rod for people’s prejudices. Blogger Maura Kelly, writing for Marie Claire expressed her own dismay at watching overweight people make-out on Mike and Molly, a TV show starring McCarthy.

Kelly, and now Reed, have come under widespread and vitriolic assault for their ungenerous remarks about McCarthy — with many of the outraged expressing similarly unkind and personal views about them. Reed, for example, is cited for his age (he’s 74) and his sexuality.

Gawker, in a recent article, laments Reed’s comments about McCarthy but also points out that the film does most of Reed’s job for him by making its female star the butt of jokes that directly or indirectly reference her appearance.

Many people point to the obvious — that overweight comedians such as the late Chris Farley don’t come under the same cruel scrutiny as their female counterparts, which is true. It’s also true to say that Chris Farley was widely thought of as a fat man and a fat actor and all of his roles and his public persona played off of our perceptions of him in that context.

Maybe all of us could take a page from the book of the late John Candy, who refused to allow his weight to define him either on-screen or off and who, by his choices, injected a rare civility into an increasingly coarse public arena.

Before he died he made Only the Lonely, a poignant little film that showcases the natural charisma of a comedic actor whose elegance stands as lasting rebuke to those — critic, actor, filmmaker, audience — who would dare see him in any other light.