Six ways to train your fat cells to burn more

From drinking coffee to regular yoga sessions, find out how you can make your fat cells more efficient with expert tips from Natasha Turner. 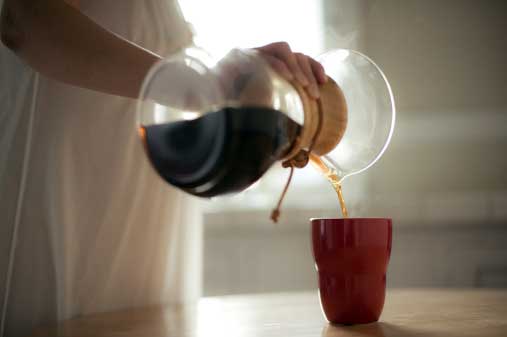 What if you had your fat cells working for you instead of against you?

Adiponectin (a hormone produced in and sent out from your fat cells) can decrease inflammation, boost your metabolism and fuel overall fat loss when high levels of it are maintained in the body.

Even though it’s made by fat cells, adiponectin actually helps us lose fat by improving how our body processes glucose and insulin from the food we eat. You can think of it as the ultimate fat-loss friend since it’s produced by fat, but can also help to burn it up! Here are a few recommendations to keep your levels up in order to keep your weight down.

2. Bump up fat to lose fat
I’ve mentioned this before and it’s worth reiterating: fat begets fat meaning you need to take in healthy fats to shed fat.

Bottom line: The great news is that these are the tastiest fats to eat! They include avocados, nuts, olive oil and olives. You also don’t have to stick to just topping your salads with olive oil – try avocado oil or macadamia nut oil (which can also be used when cooking on high heat).

3. Unleash the yoga mat
As we age, our risk for insulin resistance increases. We’re more prone to belly fat and reduced lean muscle mass, which leaves us burning fewer calories than we did in our more youthful days. The more fat tissue you have, the lower your adiponectin levels, which perpetuates the cycle of insulin resistance and belly fat.

The great news is that yoga’s been shown to reverse this in post-menopausal women. Researchers found that yoga improved adiponectin, cholesterol levels, and metabolic syndrome risk factors.

Bottom line: Whether it’s in a class, or at home, try to get one or two sessions in per week.

4. Sprinkle on some turmeric
Turmeric (also known as curcumin) fights inflammation, which, at high levels, contributes to weight gain. As well as working at the fat cell level, turmeric increases adiponectin production, improving your insulin sensitivity.

It works by reducing the hormones in your fat cells that cause inflammation (primarily resistin and leptin) and boosts adiponectin, which helps control appetite.

Bottom line: If you prefer supplements, take one to two capsules on an empty stomach (30 minutes before a meal or two hours after one). If you experience heartburn, take it with food instead.

5. Reduce your belt size with safflower oil
Research from Ohio State University shows that one and a half tablespoons of safflower oil — which is high in an omega-6 compound known as linolenic acid — a day can lower cholesterol, balance blood sugar levels and reduce trunk fat in postmenopausal women by virtue of it’s positive effects on adiponectin levels. In the study, 16 weeks of supplementation with this super-oil also had another unanticipated side effect – increased muscle tissue.

As an added bonus, you can add a little safflower oil to your conditioner to moisturize your hair and nourish hair follicles.

6. Adopt a fat-fighting trio
I’ve written about the many benefits of fibre to keep you fuller longer, but a review of 52 studies and 220 articles from clinical nutritionist Byron J. Richards shows fibre can get you slimmer faster by boosting adiponectin levels. His findings showed that adding fibre supplementation with a daily intake of fish or omega-3 supplements can increase adiponectin levels by 14-60 percent. Add exercise to that, and you can drive your adiponectin levels even further.

Bottom line: I recommend taking a high potency fish oil supplement (2-3 capsules twice daily) together with a non-psyllium fibre in your smoothies or a glass of water twice daily. Top it off with two to three 30-minute strength training circuits a week and you’ll have your fat cells working in your favour in no time.